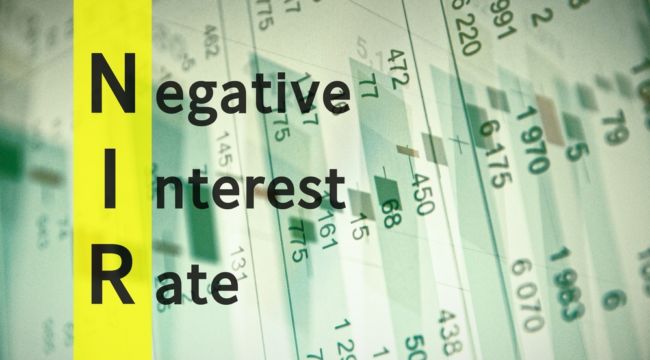 One day I was part of a select group in a closed-door “off the record” meeting with top Federal Reserve and European Central Bank (ECB) officials who announced exactly what you can expect with interest rates going forward — and why.

Chatham House rules apply, so I still can’t reveal the names of anyone present at this particular meeting or quote them directly.

But I can discuss the main points. They essentially came out and announced that rates are heading lower, and not by just 25 or 50 basis points. Rates were 2.25% at the time. They said they have to cut interest rates by a lot going forward.

Well, that’s already happened. The Fed cut rates last September and October (each 25 basis points), bringing rates down to 1.75%. And now, after Tuesday’s emergency 50-basis point rate cut, rates are down to 1.25%.

That’s a drop of one full percentage point. If the Fed keeps cutting (which is likely), it’ll soon be flirting with the zero bound. And if the economic effects of the coronavirus don’t dissipate (very possible), the Fed could easily hit zero.

These officials didn’t officially announce that interest rates will go negative. But they said that when rates are back to zero, they’ll have to take a hard look at negative rates.

Reading between the lines, they will likely resort to negative rates when the time comes.

Normally forecasting interest rate policy can be tricky, and I use a number of sophisticated models to try to determine where it’s heading. But these guys made my job incredibly easy. It’s almost like cheating!

The most interesting part of the meeting was the reason they gave for the coming rate cuts. They were very relaxed about it, almost as if it was too obvious to even point out.

The reason has to do with real interest rates.

That’s why the real rate is so important. If you’re an economist or analyst trying to forecast markets based on the impact of rates on the economy, then you need to focus on real rates.

The U.S. has never had negative nominal rates (Japan, the eurozone and Switzerland have), but it has had negative real rates.

What is the real rate today?

The yield to maturity on 10-year Treasury notes is currently at a record low of under 1% (it actually fell to 0.899% today before edging slightly higher). That’s never happened before in history, which is an indication of how unusual these times are.

Meanwhile, inflation as measured by the PCE core deflator (the Fed’s preferred measure) is currently about 1.6% year over year, below the Fed’s 2% target.

Using those metrics, real interest rates are in the neighborhood of -.5%. But believe it or not, that’s actually higher than the early ’80s when nominal rates were 13%, but real rates were -2%.

That’s why it’s critical to understand the significance of real interest rates.

And real rates are important because the central banks want to drive real rates meaningfully negative. That’s why they have to lower the nominal rate substantially, which is what these central bank officials said at Bretton Woods.

So you can expect rates to go to zero, probably sooner or later. Then, nominal negative rates are probably close behind.

The Fed is very concerned about recession, for which it’s presently unprepared. And with the coronavirus, now even more so. It usually takes five percentage points of rate cuts to pull the U.S. out of a recession. During its hiking cycle that ended in December 2018, the Fed was trying to get rates closer to 5% so they could cut them as much as needed in a new recession. But, they failed.

Interest rates only topped out at 2.5%, only halfway to the target. The market reaction and a slowing economy caused the Fed to reverse course and engage in easing. That was good for markets, but terrible in terms of getting ready for the next recession.

The Fed also reduced its balance sheet from $4.5 trillion to $3.8 trillion, but that was still well above the $800 billion level that existed before QE1 (“QE-lite” has since taken the balance sheet up above $4 trillion, and it’s probably going higher since new cracks are forming in the repo market).

In short, the Fed (and other central banks) only partly normalized and are far from being able to cure a new recession or panic if one were to arise tomorrow.

The Fed is therefore trapped in a conundrum that it can’t escape. It needs to rate hikes to prepare for recession, but lower rates to avoid recession. It’s obviously chosen the latter option.

If a recession hit now, the Fed would cut rates by another 1.25% in stages, but then they would be at the zero bound and out of bullets.

Of course, negative nominal interest rates have never worked where they’ve been tried. They only fuel asset bubbles, not economic growth. There’s no reason to believe they’ll work next time.

But the central banks really have no other tools to choose from. When your only tool is a hammer, every problem looks like a nail.

Now’s the time to stock up on gold and other hard assets to protect your wealth.