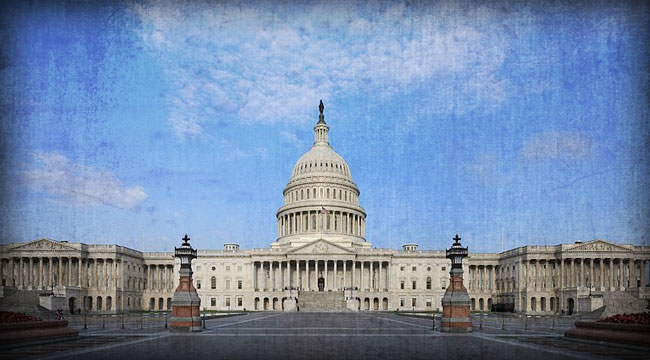 Election Day 2014: The Constitution Has Lost All Its Meaning

The U.S. Constitution sadly has lost essentially all its meaning. This document was intended to keep the government small and the individual important, but today we find the opposite; the government is all-powerful and individual liberty is on the wane and poorly understood.

The Constitution was intended to restrain the power of government, being nothing more than a document of “Thou Shalt Nots.” The Founding Fathers intended to make the passage of laws and the imposition of taxes cumbersome and difficult, but today we find big government expands routinely with little restraint and no remorse.

The Anti-Federalists, who warned of the Constitution’s weaknesses, were right. The concept of the role of government has dramatically changed over the past 200-plus years. Instead of the government’s being “we” and “us,” it is now, “them” and “they.” Most people assume the government is a source of material benefit and privilege, not an instrument to guarantee freedom for the individual.

Instead of equal rights and equal justice, there now is merely competition in trying to avoid becoming a victim. The victimization is required to satisfy someone else’s preconceived notion of economic equity, equal opportunity, and equal distribution of the loot confiscated by government.

The Anti-Federalists, who warned of the Constitution’s weaknesses were right.

Instead of limited government’s guaranteeing our liberties, we have been given runaway government, runaway deficits, and runaway spending with great importance placed on the politicians and the power they wield in Washington and state legislatures. The ability of lobbyists is of much greater importance to the economic success of an individual or corporation than their ingenuity and ambition.

Government is totally out of control in its expansive role in our personal and business lives. The concept of rights has been completely muddled. Deficits are no longer frowned upon and have literally become a way of life, not only for our government but for corporations and individuals as well. Fiat money has become an accepted institution and a tool of the wealthy elite and the political establishment.

We have been following a run-a-muck foreign policy-designed to police the world, yet this policy has made us vulnerable and weak and does nothing for peace and safety for Americans. Fear of nuclear war is no longer a concern of the few. Our foreign policy is based on self-sacrifice of the American taxpayer and unrealistic idealism.

The special interests of the military-industrial complex, the banking elite, and socialist dictators have controlled policy for practically the entire twentieth century. America’s interests have been ignored and the citizen’s rights trampled on. Wars now are being fought without declaration and without any intent to win.

The ongoing crisis to preserve liberty is truly an historic struggle of great proportion and is destined to worsen. The contest is clearly between those who advocate individual liberty and those who indiscriminately use government power for their own benefit. Although this battle between liberty and government force is ages old, it is once again currently of vital importance.

The competitive forces clearly show that there is an ongoing struggle between those acting in self-interest with responsibility and those who, through government action, would control others for reasons of personal gain, personal ego, or misdirected benevolence. It is a contest between self-reliance and that of dependency, security, and the use of other men’s productive efforts-a battle that literally is as old as recorded history.

The convictions of our Founding Fathers were strong enough for them to take on the British, while today the abuse of power by our own government, although far worse than that of the King, prompts little action. History has given us periods of stability with both relative freedom and relative slavery. When conditions exist where there is more slavery than freedom, we have experienced stagnation. When there has been relative freedom, as certainly there has been during the existence of the United States, there has been moderate growth and prosperity.

Although agitation and discontent can smolder for long periods, eventually the contest between those who are enslaved and those who would enslave others explodes as does a dormant volcano. The conditions for violent revolution vary from generation to generation.

Failure to regain respect and understanding for individual rights will lead to violence.

Many ingredients other than the length of time of calmness determine when events lead to more violent and radical changes. They include prevailing ideas, determination of the leaders, the nature of the enemy, the ruthlessness of those in power, the ability to mobilize large numbers of people, and the emotional appeal of the leaders.

Today’s oppression is entrenched and a great threat, but is nevertheless tolerated by most Americans. The numbers of those who are resentful of government’s abuse are growing, and this is a positive sign. The country’s wealth is being consumed, and when it is clear that we are once again a poor nation, general resentment will emerge among the people. A recent study has predicted a million homeless by the year 2000. Failure to regain respect and understanding for individual rights will lead to violence.

Although the kettle of agitation is simmering, it is not yet boiling. The fires of discontent are not going to be turned off, but are destined to be fueled by compounding political and economic errors. Freedom itself is at stake.

In spite of the crisis, there are great opportunities for the friends of freedom to change things for the better. There are great dangers if we are not organized; there is a great risk if plans are not laid. We cannot succeed without a philosophical commitment to freedom and we cannot organize without dynamic leadership. People must have hope, and this hope must outweigh the feeling of desperation. It must be understood that the need for revolutionary change need not be violent.

Today’s simmering economic, social, and political problems will eventually boil over. The contest will eventually be clear to everyone. Big government advocates will spare no abuse, no resources, no cost, no tricks, no force in order to maintain the status quo of state power.

Statism itself will be at stake and those in power will feel threatened. They will easily win unless the determination of we who love freedom is superior to the desires of those in charge to cling to their power.

Once one is committed and has chosen a side, the obligation to act is clear.

Everyone has a role to play. The segment of society that is philosophically committed to big government will be tenacious in their endeavors as they see themselves in a death struggle.

Complete complacency is an act in itself in that it is the absence of action that will permit one or the other faction to win. The masses are important, but never lead, and they need only to be convinced and guided.

Friends of freedom must quickly assemble and plan strategy. Everyone has a vital interest in the outcome. Broad agreements are crucial; arguing minute details of solutions to difficult problems can undermine the movement and become purely negative. Perfection by man in the struggle for freedom is not achievable. Denial of personality differences and legitimate differences of opinion are a mistake. Refusing to agree on generalized and precise principles guarantees failure.

Demanding that everyone agree on every single cent in the defense budget is nonproductive. Human beings are imperfect, and no one person or collective wisdom of anybody or body of persons can produce perfect solutions. Intellectual collectivism should not replace a single person’s individuality to think for himself and defend freedom while agreeing on broad principles.

Once one is committed and has chosen a side, the obligation to act is clear. Efforts must be educational, political, organizational, and financial. Each of us can use one or all of these tools to promote the cause of freedom.

Clearly the fundamental flaw has been our loss of love for freedom and self-reliance while accepting the use of government to promote special interest in the name of individual rights. This low regard for the principles of freedom has promoted the political economic crisis in which we find ourselves.

Ed. Note: Dr. Paul’s beat is education… and our beat is helping you take action. That’s why we write the Daily Reckoning email edition… In every issue, we provide readers with no less than 3 opportunities to discover real, actionable ways to profit in any kind of market. If you’re not getting the Daily Reckoning email, you’re only getting half the story. Don’t miss out. Sign up for FREE, right here.