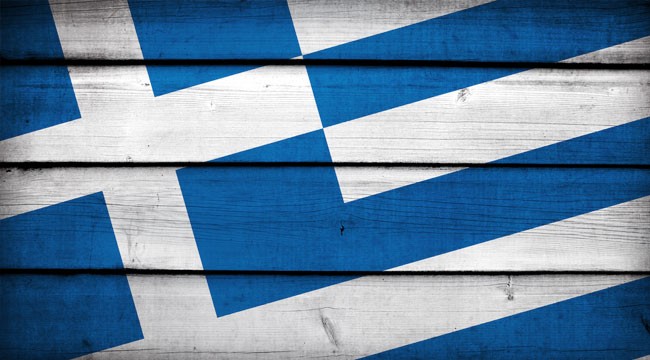 It is time to go “cold turkey,” in the words of Greece’s colorful new finance minister.

And with that, a phenomenon our executive publisher Addison Wiggin labeled “the most boring financial crisis in history” three years ago is becoming interesting, nay, maybe even exciting. 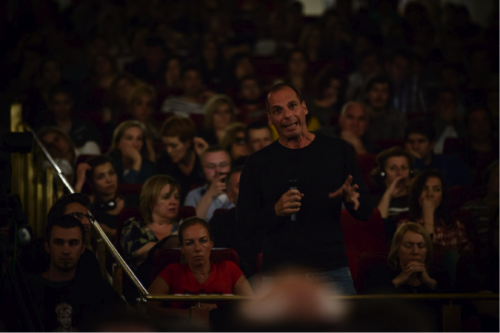 Describing his outlook to an Australian interviewer last week, he called himself a “libertarian communist, or a libertarian Marxist.” He acknowledged a wee bit of contradiction there. He said he was influenced by Mises and Hayek… while he called Keynes and Marx great men.

Told you the crisis is no longer boring.

Mr. Varoufakis belongs to the new government swept into power during Greek parliamentary elections eleven days ago. The leader of the winning coalition is a far-left party called Syriza. Syriza campaigned against “austerity” measures — tax increases and spending cuts — that were a condition of the bailouts from the “troika” made up of the European Commission, European Central Bank and the International Monetary Fund.

It’s tempting to write off Syriza as a bunch of deadbeats — eager to take bailout cash, but unwilling to make the “tough choices” of cutting back on the massive Greek welfare state.

The reality is more nuanced… and more interesting.

“Think of Greece as one of your hapless neighbors,” Addison explained in our virtual pages during mid-2011 — “maxed out on five credit cards, taking on a second part-time job, holding yard sales and applying for a sixth card just to keep up minimum payments on the other five.”

On Sunday, Mr. Varoufakis said Greece would no longer apply for more cards.

“It’s not that we don’t need the money,” he said. “We’re desperate because of certain commitments and liabilities that we have.”

Then came the “but”…

“We have resembled drug addicts craving the next dose. What this government is all about is ending the addiction.”

Varoufakis just called BS on the illusion that you can solve a debt problem by taking on more debt.

The guy might be an idiot… but he’s no fool.

No wonder the Financial Times fretted Monday morning about “bailout brinksmanship” on the part of the Greeks.

But here’s something else that’s different about the Greek mess now: German and French banks no longer have the exposure to Greek government debt that they did in 2011-12.

Indeed, 80% of Greece’s debt is now held by other governments or official bodies like the IMF. A Greek default or Greek departure from the eurozone would no longer take down the European banking system and — given the interconnectedness of global finance — perhaps the U.S. banking system too.

It’ll be something else that blows up the system instead, some other snowflake that triggers the avalanche.

That said, one big loser from a Greek default would be Greek banks. They do hold a lot of Greek government debt.

Last summer, our Chris Mayer suggested the four Greek banks still standing were an appealing speculation. In no way did they meet his usual rigorous standards in Capital & Crisis… but as an ex-banker who specialized in buying assets on the cheap, he could see the value.

With the election results in, they’re now down 60-70% from last summer. “I still maintain they are good speculations,” he says.

“The banks are really cheap now — at about a third or so of (understated) book values as the market anticipates sizable write-downs.”

National Bank of Greece (NBG) trades on the NYSE. The others trade over the counter — Piraeus Bank (BPIRY), Alpha Bank (ALBKY) and Eurobank (EGFEY).

“The upside is 2-4 times when/if things normalize,” says Chris. “But they are high risk and it will take time (at least a couple of more years).”