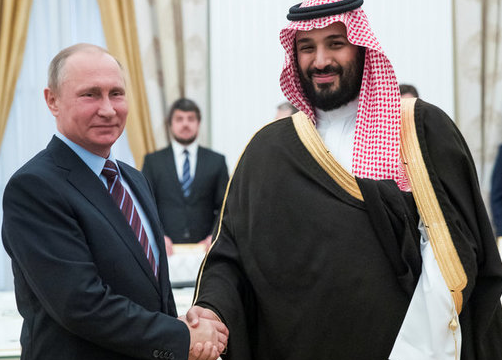 A Great American Poet Weighs in on Donald Trump

“A foolish consistency is the hobgoblin of little minds,” claimed Emerson.

“TO OUR VERY FOOLISH LEADER,” citizen Trump counseled president No. 44 in 2013, “DO NOT ATTACK SYRIA — IF YOU DO MANY VERY BAD THINGS WILL HAPPEN & FROM THAT FIGHT THE U.S. GETS NOTHING!”

Then in 2016 candidate Trump warned:

We should not be focusing on Syria. You’re going to end up in World War III over Syria if we listen to Hillary Clinton.

Then there is of course President Trump…

Of course… we were never treated to the evidence.

Just days ago the president announced plans to quit Syria once and for all.

The United States, argued the president, has gotten precisely “nothing out of the $7 trillion [spent] in the Middle East over the last 17 years.”

But Emerson’s foolish consistency be damned…

Women — and children — were among the dead.

Many dead, including women and children, in mindless CHEMICAL attack in Syria. Area of atrocity is in lockdown and encircled by Syrian Army, making it completely inaccessible to outside world. President Putin, Russia and Iran are responsible for backing Animal Assad. Big price to pay.

But what price — and how big?

The president said this morning he’ll decide within 24–48 hours.

And the American president was pledging to leave him be.

Then the imbecile pivots 180 degrees and yanks the one fire alarm that guarantees an American response.

If we were less trusting than we are — and we thank the Good Lord we are not — we might begin to suspect what the experts call “foul play.”

A theorist of conspiracy might even suggest Assad’s rebel enemies did it.

What better way to recruit the righteous sword of the United States to their cause, he might ask.

Just last week Russia warned that rebel forces were planning a chemical attack as “a provocation.”

And after this weekend’s incident the Russian Foreign Ministry let it be known:

The goal of such reports is to aid terrorists and justify possible military strikes from outside Syria.

But take your tinfoil hat and stow it in the attic.

We refuse to traffic in seditious or heretical speculations — especially if helped along by them lying Russians.

Military intervention under far-fetched and fabricated pretexts in Syria, where Russian servicemen are deployed at the request of the legitimate government, is absolutely unacceptable and might lead to very severe consequences.

What form these consequences might take is beyond our present knowledge — but our agents are on the case.

Of this we are presently certain:

Russia, alone among the powers of the Earth, can reduce the United States to so many glowing heaps of radioactivity.

Might it be best to avoid picking fights with it?

Any military action would be contained to Syria, argue the war hawks.

And maybe it would.

But as H.L. Mencken quipped… war is much like love:

“Easy to begin but very hard to stop.”

Some say Trump is playing his high game of three-dimensional chess… while his opponents fumble with checkers.

A clever fox, this Trump — always one or three moves ahead, they say.

Others say he’s just a bull in a china shop.

“A bull who carries his own china shop around with him.”

We still keep two sets of books on President Trump…

We still can’t fully make him out.

(Do you think Trump should attack Syria? Give us your take: dr@dailyreckoning.com).