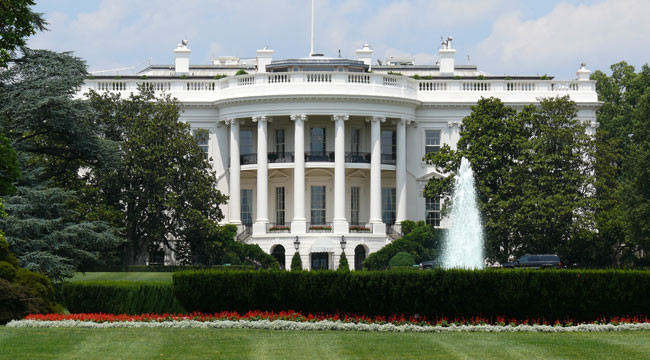 There was a bit of a stir this week when The New York Times had a story about the White House’s tax-reform discussions with Congress. Supposedly during one exchange earlier this year, National Economic Council director “Goldman” Gary Cohn implied to Senate Democrats that repealing the estate tax isn’t a big White House priority because “only morons pay the estate tax.”

Added the Gray Lady: “A source close to Mr. Cohn denied that he had used the word, saying he had been referring to ‘rich people with really bad tax planning.’”

Fair enough. But let’s think on this for a few moments. Under current law, a 40% tax is applied to estates valued over $5.49 million for individuals, $10.98 million for couples.

And for many of America’s wealthy elites, that’s not enough. Warren Buffett, for instance, has been thumping the estate-tax tub forever. In 2012, he and Bill Gates signed a statement demanding the exemption be lowered to $4 million, and a progressive tax be applied with a minimum 45% rate.

If you suspect a hidden agenda at work, you’re right…

“In the process of building his company, Berkshire Hathaway, Mr. Buffett benefited tremendously from death tax,” wrote Dick Patten a decade ago at Human Events.

Mr. Patten runs the American Family Business Institute — an outfit that’s long lobbied for the estate tax’s repeal. He points out that Berkshire owns a huge life insurance business, and life insurance is one of the vehicles the wealthy have used over the decades to pass wealth to their heirs free of estate tax.

The estate tax has relentlessly eroded the local family-owned business in America.

For decades, aging business owners have opted to sell to an out-of-town buyer and get paid in stock of the acquiring firm. The alternative is to hold on… and then the heirs have to sell anyway because they don’t have ready cash to pay the estate tax.

I think of my own former profession of broadcasting, where there are almost no family-owned network TV affiliates left. Off the top of my head, the only family left standing in 2017 is the Paxtons of Paducah, Kentucky. The Duhamels in Rapid City, South Dakota, sold in 2014. The Hasbrooks and Martins in Vermont cashed out three months ago (for $29 million — way more than the estate-tax exemption split between the two families).

So Gary Cohn is right in one sense. Few heirs end up paying the estate tax. But the few who do bear a unique burden: They’re descended from people too busy building their businesses to think about all the fancy lawyering and financial engineering necessary to keep the proceeds of those businesses in the family after they’re gone.

If he thinks they’re “morons,” that says far more about Goldman Gary than it does about them.

Have a good weekend,