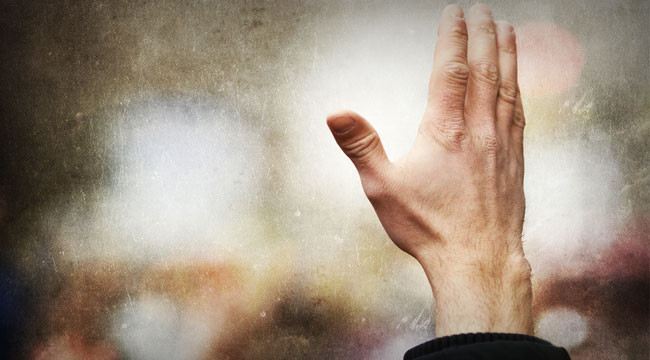 Gold Backed Money: The Choice of a Free Society

Is there a connection between human freedom and a gold-redeemable money? At first glance, it would seem that money belongs to the world of economics and human freedom to the political sphere.

But when you recall that one of the first moves by Lenin, Mussolini and Hitler was to outlaw individual ownership of gold, you begin to sense that there may be some connection between money, redeemable in gold, and the rare prize known as human liberty.

I hold here what is called a $20 gold piece… But today the ownership of such gold pieces as money… is outlawed.

Also, when you find that Lenin declared and demonstrated that a sure way to overturn the existing social order and bring about communism was by printing-press paper money, then again you are impressed with the possibility of a relationship between a gold-backed money and human freedom.

In that case, then certainly you and I as Americans should know the connection. We must find it even if money is a difficult and tricky subject. I suppose that if most people were asked for their views on money, the almost universal answer would be that they didn’t have enough of it.

In a free country, the monetary unit rests upon a fixed foundation of gold or gold and silver independent of the ruling politicians. Our dollar was that kind of money before 1933. Under that system, paper currency is redeemable for a certain weight of gold, at the free option and choice of the holder of paper money.

That redemption right gives money a large degree of stability. The owner of such gold-redeemable currency has economic independence. He can move around either within or without his country, because his money holdings have accepted value anywhere.

For example, I hold here what is called a $20 gold piece. Before 1933, if you possessed paper money, you could exchange it at your option for gold coin. This gold coin had a recognizable and definite value all over the world. It does so today. In most countries of the world this gold piece, if you have enough of them, will give you much independence. But today, the ownership of such gold pieces as money in this country, Russia and all divers other places is outlawed.

The subject of a Hitler or a Stalin is a serf by the mere fact that his money can be called in and depreciated at the whim of his rulers. That actually happened in Russia a few months ago, when the Russian people, holding cash, had to turn it in — 10 old rubles and receive back one new ruble.

I hold here a small packet of this second kind of money — printing-press paper money — technically known as fiat money because its value is arbitrarily fixed by rulers or statute. The amount of this money in numerals is very large. This little packet amounts to CNC$680,000. It cost me $5 at regular exchange rates. I understand I got clipped on the deal. I could have gotten $2.5 million if I had purchased in the black market. But you can readily see that this Chinese money, which is a fine grade of paper money, gives the individual who owns it no independence, because it has no redemptive value.

Under such conditions, the individual citizen is deprived of freedom of movement. He is prevented from laying away purchasing power for the future. He becomes dependent upon the goodwill of the politicians for his daily bread. Unless he lives on land that will sustain him, freedom for him does not exist.

You have heard a lot of oratory on inflation from politicians in both parties. Actually, that oratory and the inflation maneuvering around here are mostly sly efforts designed to lay the blame on the other party’s doorstep. All our politicians regularly announce their intention to stop inflation. I believe I can show that until they move to restore your right to own gold, that talk is hogwash.

But first, let me clear away a bit of underbrush. I will not take time to review the history of paper money experiments. So far as I can discover, paper money systems have always wound up with collapse and economic chaos.

Here somebody might like to interrupt and ask if we are not now on the gold standard. That is true internationally, but not domestically. Even though there is a lot of gold buried down at Fort Knox, that gold is not subject to demand by American citizens. It could all be shipped out of this country without the people having any chance to prevent it. That is not probable in the near future, for a small trickle of gold is still coming in. But it can happen in the future. This gold is temporarily and theoretically partial security for our paper currency. But in reality, it is not.

Also, currently, we are enjoying a large surplus in tax revenues, but this happy condition is only a phenomenon of postwar inflation and our global WPA. It cannot be relied upon as an accurate gauge of our financial condition. So we should disregard the current flush Treasury in considering this problem.

From 1930-1946, your government went into the red every year and the debt steadily mounted. Various plans have been proposed to reverse this spiral of debt. One is that a fixed amount of tax revenue each year would go for debt reduction. Another is that Congress be prohibited by statute from appropriating more than anticipated revenues in peacetime.

Still another is that 10% of the taxes be set aside each year for debt reduction. All of these proposals look good. But they are unrealistic under our paper money system. They will not stand against postwar spending pressures. The accuracy of this conclusion has already been demonstrated.

On March 4 this year, the House and Senate agreed on a budget of $37.5 billion. Appropriations already passed or on the docket will most certainly take expenditures past the $40 billion mark. The statute providing for a maximum budget has fallen by the wayside even in the first two years it has been operating and in a period of prosperity.

There is only one way that these spending pressures can be halted, and that is to restore the final decisions on public spending to the producers of the nation. The producers of wealth — taxpayers — must regain their right to obtain gold in exchange for the fruits of their labor. This restoration would give the people the final say-so on governmental spending and would enable wealth producers to control the issuance of paper money and bonds.

I do not ask you to accept this contention outright. But if you look at the political facts of life, I think you will agree that this action is the only genuine cure. There is a parallel between business and politics that quickly illustrates the weakness in political control of money.

Each of you is in business to make profits. If your firm does not make profits, it goes out of business. If I were to bring a product to you and say this item is splendid for your customers, but you would have to sell it without profit, or even at a loss that would put you out of business… Well, I would get thrown out of your office, perhaps politely, but certainly quickly. Your business must have profits.

The producers of wealth — taxpayers — must regain their right to obtain gold in exchange for the fruits of their labor.

In politics, votes have a similar vital importance to an elected official. That situation is not ideal, but it exists, probably because generally no one gives up power willingly. Perhaps you are right now saying to yourself: “That’s just what I have always thought. The politicians are thinking of votes when they ought to think about the future of the country. What we need is a Congress with some ‘guts.’ If we elected a Congress with intestinal fortitude, it would stop the spending, all right!”

I went to Washington with exactly that hope and belief. But I have had to discard it as unrealistic. Why? Because a congressman under our printing-press money system is in the position of a fireman running into a burning building with a hose that is not connected with the water plug. His courage may be commendable, but he is not hooked up right at the other end of the line. So it is now with a congressman working for economy. There is no sustained hookup with the taxpayers to give him strength.

When the people’s right to restrain public spending by demanding gold coin was taken from them, the automatic flow of strength from the grass roots to enforce economy in Washington was disconnected. I’ll come back to this later.

In January, you heard the president’s message to Congress, or at least you heard about it. It made Harry Hopkins, in memory, look like Old Scrooge himself. Truman’s State of the Union message was “pie in the sky” for everybody except business. These promises were to be expected under our paper currency system. Why?

Because his continuance in office depends upon pleasing a majority of the pressure groups. Before you judge him too harshly for that performance, let us speculate on his thinking. Certainly, he can persuade himself that the Republicans would do the same thing if they were in power. Already, he has characterized our talk of economy as “just conversation.” To date, we have been proving him right. Neither the president nor the Republican Congress is under real compulsion to cut federal spending. And so neither one does so, and the people are largely helpless. But it was not always this way…

Edited from an article featured in the Commercial and Financial Chronicle, 5/6/48

Ed. Note: This essay was prominently featured in The Daily Reckoning email edition, which offers readers regular commentary on everything from gold to the markets at large… and gives them specific opportunities to profit from them. Signing up is completely free, and only takes about 30 seconds. Find out what all the hype is about. Sign up for The Daily Reckoning email edition, for free, right here.

Howard Homan Buffett was an Omaha, Nebraska businessman, investor, and four-term Republican United States Representative. He was the father of Warren Buffett, the billionaire investor.