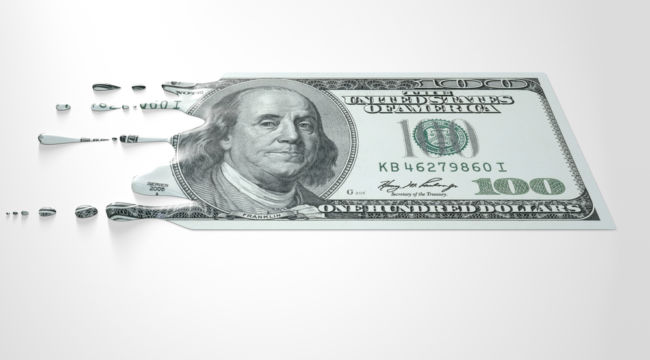 Global Liquidity Is Drying Up!

The August sun is bright… America is on vacation… peace is abroad in the land.

A calm has fallen over Wall Street too.

Stocks bob along in light summer trading… like boats lolling in the light Atlantic swells.

One day down, one day up.

So it goes… day upon shortening day.

The S&P managed to ride one wave to a record high this Tuesday, before retreating slightly these past few days.

It rose to another record high today.

But caution flags flutter in the distance…

The American president once again sits at the center of controversy.

His former lawyer has turned his coat against him…

Michael Cohen will testify that Trump had him purchase the silence of two former paramours during his presidential campaign — contrary to the election laws of the United States.

Of course Cohen’s testimony comes in exchange for prosecutorial clemency.

Said he to Fox News:

Trump was asked subsequently if he thought Democrats would impeach him if they win the House this November.

He replied with the monkish lack of self-importance so typical of the fellow:

“If I ever got impeached, I think the market would crash.”

But certain facts we do know…

One, stocks have risen three-fold since his unlikely election two years prior — in defiance of the “experts.”

But we also know that stocks are currently as expensive as ever — or nearly so.

So at 33, investors are literally paying more than TWICE as much for every dollar of a company’s long-term average earnings than they have throughout all of U.S. market history.

They have been higher on only one previous occasion — immediately preceding the 2000–01 stock market crash.

“Global Liquidity Is Drying Up.”

The Federal Reserve has been tightening the taps, as well you know.

But the Times informs us that foreign central banks are also getting in on the business.

The number of global rate hikes since January “has increased quite a bit,” we are told.

So much so, in fact, that the number of global rate hikes approaches that immediately prior to the 2008 central catastrophe.

“Given this tightening,” the Times continues, “global liquidity has contracted quite substantially.”

Emerging markets are most vulnerable, as Turkey’s present woes attest.

But evidence indicates the global economy is leaking steam… from China, to Europe, to all points of the compass, save the United States.

And copper — widely considered a leading economic indicator due to its many industrial uses — has slipped over 20% since early June.

Will the receding liquidity tide ultimately take U.S. markets with it?

“The economy, globally, is slowing down from the fringes and going to the core,” warns Hans Redeker, head of foreign exchange strategy at Morgan Stanley.

When you see a risk in emerging markets rolling over, and you have this concentration of liquidity in the U.S., you know that the next market that is going to give in is the equity market of the United States of America.

It’s hard to think that S&P 500 companies are going to be somehow immune to the slowdown we’re clearly seeing in China and the rest of Asia and also throughout Europe and Latin America.

Meantime, the Federal Reserve is on the track for another rate hike next month… and another in December.

Into this mix we must add quantitative tightening.

The Fed’s balance sheet reductions are projected to rise to $50 billion per month beginning in October.

That is, the global liquidity tide is scheduled to recede further still.

Let us also not forget that political chaos may issue from November’s midterm elections.