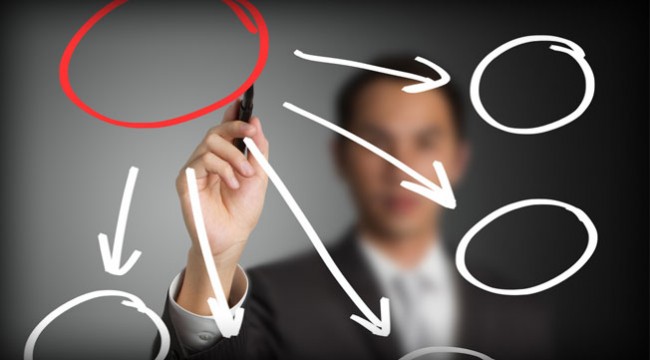 Get Your Assets Out of Dodge, Part II

Louis: Yesterday you said to “forget about places like the Bahamas or the Caymans,” as they all appear to be under the thumb of U.S. influence. Are you saying that all of the little havens are unreliable?

Doug: Well, I don’t know of any that are reliable.

Instead, I would recommend places that are geographically distant from the U.S. — and culturally distant, as well. To me, the best places to be are in the Orient. That’s partially because the Chinese and other Oriental civilizations are much less prone to roll over and do what they are told. National pride ensures that, if nothing else.

But if you go this route, with, say, an account in Hong Kong, you certainly would not want to use a bank like HSBC. It’s got branches all over the world, prominently in the U.S. — so like UBS, they’ll do what they are told.

Actually, there are still Swiss banks that will open an account for a “U.S. person,” if you can convince them to do it. But you definitely do not want a Swiss or Liechtenstein bank that has any presence in the U.S. The same would be true in the Orient — so forget about HSBC. You want a real Chinese bank. That way, when the U.S. government calls, the phone will be answered in Chinese and no one will speak English with them.

The best places are the least obvious places. Malaysia is interesting. Thailand. These are completely nontax-haven types of places — and that might make them suitable.

Louis: What about step two, getting a brokerage account?

Doug: Well, it’s tough these days. If you want to trade in U.S. and Canadian stocks, you pretty much have to have an American or Canadian broker. But one thing that can be done that is completely legal (and reportable) is to open up a foreign company. Then the company can open up a brokerage account. That way, you do have a level of insulation I think is very valuable, both from practical and legal points of view…

If you want an offshore company for the purpose of convenience or a measure of privacy, completely reportable and within the law, the best thing to do is to go to the jurisdiction you’ve picked and see a lawyer who deals in that sort of business. Cut out the middleman. Ideally, the jurisdiction would be one that meets the criteria I outlined above, but is also a place you’d actually enjoy spending time in.

Louis: So you hop on a plane to, say, Panama, and… how do you go about finding a reliable attorney to set up your corporation?

Doug: That’s the intelligent way to do it. There’s nothing illegal, nor particularly tricky about it; you just find a lawyer who specializes in it, pay the fees and off you go.

How do you find a good lawyer? Same way you do at home; you go and start interviewing lawyers until you find one that impresses you as being sound.

Panama, by the way, is probably the best place to do this at this moment. The British Virgin Islands may be another. And of course, if you’re an Australian or a New Zealander, you should think about Vanuatu — it’s only a two-hour plane ride from Sydney or Auckland.

Back in the Western Hemisphere, the only other reasonable alternative I see is Uruguay. It’s always been promoted as the “Switzerland of South America” — and there’s a lot of truth to that. Uruguay is a small country, about the same size and with the same size population as Switzerland, and a very big part of its national income is foreign banking. It has no tax on foreign-earned income — though, unfortunately, it recently instituted a tax on domestic-earned income. Too bad.

Another unfortunate thing about Uruguay is that when you import gold there — such as by carrying Krugerrands in your briefcase — their customs form asks you to report it. It’s not against the law, but for some ridiculous reason, they want to know.

Louis: That’s really all it takes? Find a lawyer and pay the fees?

Doug: Yes, though there can be nuances worth paying attention to. For example, there are various jurisdictions with different tax treaties that can be used to your advantage — the Dutch Antilles being a famous example, as far as dividends treatment goes. This is a specialist area that, well, you should discuss with a specialist. But you should definitely give it some thought.

Oddly enough, you can import gold into Argentina with no problems or reporting requirements, and you can buy and sell gold in Argentina just as easily. It’s much easier than in Uruguay, but I wouldn’t dream of doing any significant banking in Argentina — and neither do Argentines. The government is just completely untrustworthy when it comes to things like bank accounts.

Frankly, the best place to look for one-stop financial services shopping is Panama. Banking is easy, and there’s no gold reporting.

Louis: What about your cash once you have your offshore bank account set up? You have to declare it if you take more than $10,000 on your person, but can you wire whatever you want?

Doug: Yes, you can send any amount of money you want currently. It gets reported, but it’s basically unregulated. And by the way, the $10,000 limit doesn’t cover gold, but it does cover stock certificates and other financial instruments — but you can still send those by Federal Express.

Louis: I wonder how long that will last…

Doug: I’m sure they’ll get ‘round to closing all the loopholes. So the time to act is now. We’ll keep monitoring the situation, but when this happens, the powers that be won’t want anyone to see it coming, so it will zing in from left field. Your only chance to protect your wealth is to start diversifying its exposure to any one particular predatory state as soon as possible.

I have to stress again the urgency of diversifying the political risk your assets are exposed to: Do it now.