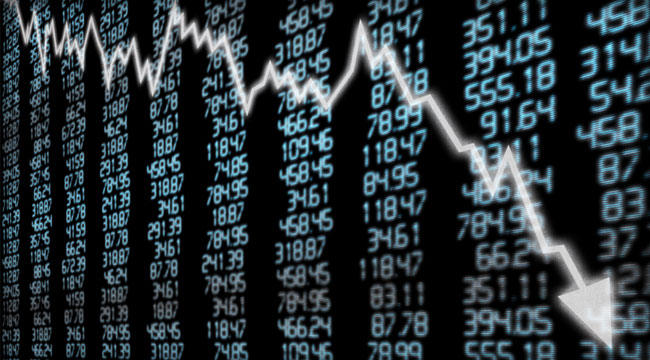 One of the long-standing reasons to own physical gold or invest in gold mining shares is to hedge geopolitical risk or the risk of natural disaster.

From the Black Death in the 14th century to the Thirty Years’ War in the 17th century to the world wars of the 20th century, gold has been a reliable store of wealth. There is no reason to believe that such existential events are no longer a danger.

Below is a copy of Albrecht Dürer’s woodcut titled The Four Horsemen of the Apocalypse (1498). That title is a reference to the New Testament Book of Revelation 6:1-8. Conventionally the horsemen are called Conquest, War, Famine and Death, but those names are subject to scholarly debate. The “Famine” passage refers literally to high prices for food, which could also be taken as a reference to financial ruin through inflation. 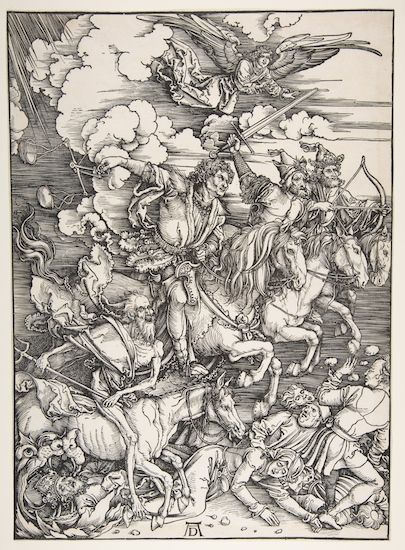 I don’t think you need any reminder of the litany of risks present today.

In that case, Turkey and Egypt would follow suit. The choices boil down to a conventional war with Iran or a wider nuclear arms race in a highly volatile region.

Denuclearization discussions are ongoing between the U.S. and North Korea, but President Trump has made it clear that he will attack North Korea if it advances further toward its stated goal of having a deliverable nuclear weapon that can reach the U.S.

If talks fail and the U.S. does attack North Korea, it is likely that North Korea will unleash devastating force on South Korea and possibly launch a nuclear weapon aimed at Japan.

Venezuela is a political and humanitarian catastrophe and is approaching the level of a failed state, which could result in civil war, riots, mass refugees and a cut off of its oil exports, about 3% of the world total today.

Other hot spots around the world include Syria, Ukraine, Israel and its confrontation with Hamas and Hezbollah, the Saudi war with Iranian-backed Houthi rebels in Yemen and conflicting claims in the South China Sea.

That’s just scratching the surface. Natural disasters abound from the extreme flooding of Hurricane Harvey to the lava flows of Kilauea on Hawaii. The Ebola virus has reemerged in the Congo, four years after a prior epidemic in West Africa caused 10,000 deaths. Other threats are ubiquitous.

New threats are also emerging that are not traditionally geopolitical or natural. These include power grid collapses, cyberwarfare, hacking, data theft and misuse of big data including examples such as Russian interference in recent U.S. elections. Killer robots, swarm attack drones and rogue artificial intelligence applications are coming soon.

An investor would not be blamed for saying, “So what?” Many of the threats mentioned have been festering for years. Going back further in time would produce a different list of threats, most of which never came to fruition.

Americans, in particular, seem safe from the worst of these threats except for the temporary effects of a bad storm or wildfire in a specific area. To most Americans, these threats are just background noise. Complacency rules the day.

But here’s an interesting bit of math, somewhat simplified, that might break investors out of their complacency. Don’t worry about the details, but I strongly urge you to focus the implications.

Let’s consider a “100-year flood,” which can literally be a 100-year flood like Hurricane Harvey or a metaphorical rare event, a so-called “Black Swan.”

Let’s call “P” the probability of a 100-year flood in a known flood zone and consider the odds of the flood happening or not happening each year in a succession of years.

We can express this as:

This means that over a 30-year period, the probability of one 100-year flood is 26%, or more than one chance in four!

This math is called a Bernoulli process. Again, don’t worry about the details. The point is that disastrous events with tiny probabilities of happening in a short time span are almost certain to happen over a longer horizon.

Let’s take the above math and consider four separate catastrophes, each equivalent to a 100-year flood, with no correlation to each other. If the odds of each individual event happening in 30 years are 26%, the odds of any one happening in the same period are 100%.

As we come up with a longer list of “100-year floods,” the time frame of one event happening with 100% certainty goes from 30 years, to 20 years, to 10 years, etc. In other words, the next 100-year storm is waiting for you right around the corner.

By the way, real-world experience bears out this math. When we consider recent financial catastrophes affecting U.S. investors only, without regard to other types of disaster, we have had major stock market crashes or global liquidity crises in 1987, 1994, 1998, 2000 and 2008.

Does any of this mean you should go to your fortified bunker and curl up in a ball? Of course not. We all wake up every morning and face the day, come what may. I’m not paralyzed by fear and neither should you be.

But it does mean that we need to overcome any cognitive bias about the future being like the past or about recent calm being a good forecast for the future (called “recency bias” by behavioral psychologists).