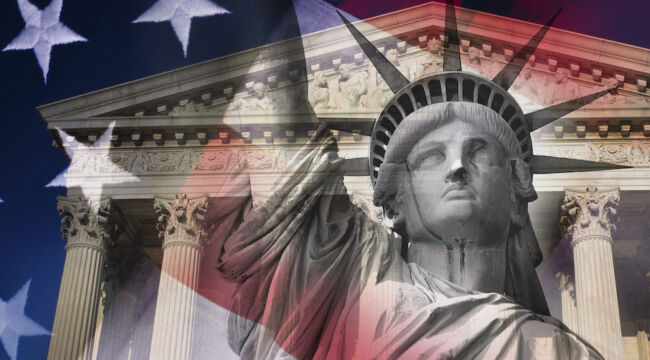 There’s less than a month until Election Day. Once the votes are in, the die will be cast for the next four years, perhaps longer. Trump or Biden? The difference could not be more clear, and the stakes could not be higher for you and your investments.

Again, this is the most consequential election of our lifetime.

If that sounds like an overstatement, it’s not. If Trump wins, he may actually be able to finish his task of cleaning out Deep State actors, reducing regulation and taxes, securing U.S. energy independence, facilitating peace in the Middle East and finally bringing U.S. troops home from multi-decade wars in Iraq and Afghanistan.

If Biden wins, brace yourself for higher taxes, the end of fracking, the Green New Deal, free tuition, free healthcare and free child care (of course, none of this is truly “free,” it’s just paid for with more debt financed by higher taxes or more money printing).

In a Trump administration, the decoupling from China will continue, and China’s ability to spy on the U.S. and steal our best ideas will be curtailed. If Biden wins, it will be back to business as usual with China stealing U.S. jobs, stealing U.S. intellectual property and cheating on their obligations to the World Trade Organization and the IMF.

This list of policy differences goes on, but those differences are not even the most important distinction between Trump or Biden in the White House. The main difference is that the country will set out on two entirely different paths depending on the outcome.

In that sense, this will be the most consequential election since 1860, when a vote for Lincoln pointed toward a possible Civil War because the South had already made its intentions clear if Lincoln won.

Today, the Rebels are not Southern secessionists. They are home-grown neo-Marxists, anarchists, thugs and goon squads who are rioting and looting daily in scores of U.S. cities.

If Trump wins, you can expect to find U.S. cities in flames within 24 hours of the election results. If Biden wins, the neo-Marxists will have a seat at the table in the form of Bernie Sanders and Alexandria Ocasio-Cortez as they insist on full implementation of their agenda.

This includes higher taxes, higher spending, more regulation and permanent changes to U.S. governance in the form of an end to the Electoral College, a packed Supreme Court (by expanding the number of justices), single-party rule in the Senate (by ending the filibuster) and more.

Think that’s bad? It gets worse. The two paths involving riots or left-wing governance depend on someone winning. What if there is no winner?

Millions of votes are being cast in the form of mail-in ballots. State counting systems have broken down lately when they had to count a few hundred thousand ballots in close races. What happens when the ballots are in the tens of millions?

Secretaries of State in swing states such as Michigan, Wisconsin and Pennsylvania will be ordered by Democratic governors not to certify the results. Armies of lawyers will descend on courthouses demanding extending voting hours, impoundment of mail-in ballots and counting of all ballots regardless of postmarks, timely mailing, timely receipt and other formalities. Other lawyers will push back.

Neither side will concede. The outcome could be uncertain for weeks. The riots will continue in the meantime.

And if Biden does win, it’s entirely possible he won’t be president for more than a few months. His cognitive decline, probably the result of Alzheimer’s Disease or some other form of dementia, is already apparent to observers. I realize he performed well during his debate with Trump, but Alzheimer’s does not progress in a straight line.

The type of cognitive decline Biden is suffering is not a continuous downhill slide. It’s what’s called a “step function.” That means the mental ability drops suddenly, then stabilizes or plateaus for a while, then drops again. It never improves, but it can appear stable for a time until the next sudden drop comes.

It will be relatively simple to remove Biden from office under the 25th Amendment and install Kamala Harris as Acting President. This could be followed by a formal resignation by Biden, at which point Harris would become President.

This was hinted at on September 12 when Kamala Harris made reference to a coming “Harris Administration,” and again on September 15 when Joe Biden referred to the “Harris-Biden administration” at a campaign event.

These are not mere slips of the tongue, but rather a preview of the fact that a vote for Biden is really a vote for President Harris. Kamala Harris does not have the cognitive challenges of Joe Biden, but she is a malleable blank slate who will be easily handled by the radicals whom she supports.

Compared to disputed election results and the removal of Joe Biden (if he wins) coming so soon after the removal of Donald Trump (through mail-in ballot fraud), maybe a 39.6% capital gains tax doesn’t seem so bad. Actually, it should. It will tank the stock market as savvy investors get out ahead of the 2021 tax law change by selling stocks in late 2020.

All of these issues – taxes, regulation, foreign affairs, social unrest – are now playing out against the backdrop of the process to replace Ruth Bader Ginsburg on the Supreme Court. That vacancy emerged when Justice Ginsburg passed away on the evening of September 18.

Trump has nominated Amy Coney Barrett, a judicial conservative who once clerked for Antonin Scalia. Those who oppose her fear she’s a threat to abortion rights and other causes supported by progressives.

A Supreme Court Justice confirmation fight is an intense political battle at the best of times. This has been true since the Robert Bork nomination to the Supreme Court by Ronald Reagan in 1987. The Senate rejected the Bork nomination, but that confirmation process set the standard for personal attacks and the extreme political invective that has been with us ever since.

This personal attack process was on full display in the confirmation hearing for Justice Brett Kavanaugh in the summer and fall of 2018. Many members of the Senate Judiciary Committee who engaged in the Kavanaugh attacks, including Democratic Vice Presidential nominee Kamala Harris and presidential candidates Cory Booker and Amy Klobuchar, are still on that committee.

There is every reason to expect that this new confirmation process will be just as bitter and divisive as those for Bork and Kavanaugh. In the broader context, this is just another wild card in what has already been an unpredictable and contentious electoral year.

If Biden wins, his behind-the-scenes handlers will come to the fore with demands for high taxes, more regulation, the Green New Deal and other elements of the Socialist and globalist agendas.

Although markets may not be prepared, you should be. A reduced exposure to equities, an increased allocation to Treasury notes and cash, and a 10% portfolio allocation to gold will offer true diversification, high returns and be robust to the turmoil that is in store.