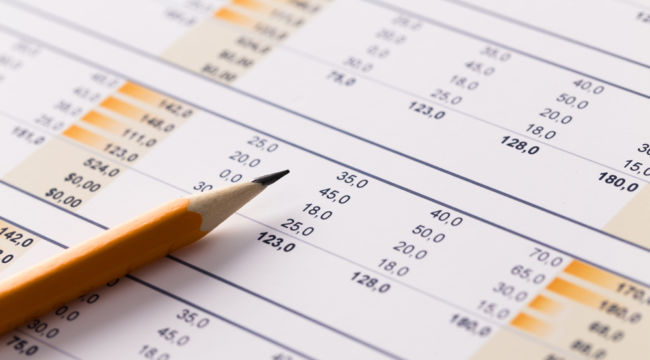 The first-quarter GDP number was released this morning. And at 3.2%, it came in far above estimates. Consensus was about 2.3%. It was also the highest Q1 GDP print since 2015.

But there’s probably less here than meets the eye.

About half the GDP gain came from a surge in inventories and a sharp reduction in the trade deficit, neither of which is sustainable. They are likely one-time boosts.

But then the economy put on the brakes and growth slowed to only 2.2% in the fourth quarter. It looked like the 2018 “Trump bump” in growth was over and growth was returning to the 2.2% trend that had prevailed during the Obama administration.

And despite the first quarter’s 3.2% outlier, I expect lower GDP in the quarters ahead, returning to the same punk levels we’ve seen for nine years.

For the year, economists believe GDP will expand 2.4%, down from last year’s 2.9% gain, as the boost from the 2017 tax cuts and increased government spending over the past two years start to fade.

What about the possibility of recession?

Most investors are familiar with the conventional definition of an economic recession. It’s defined as two consecutive quarters of declining GDP combined with rising unemployment and a few other technical factors.

But investors may not be as familiar with two other aspects of recession timing. The first is the exact body that makes the determination, and the second has to do with the timing of that body’s announcements.

The group that “officially” decides when the U.S. economy is in a recession is called the National Bureau of Economic Research (NBER) based in Cambridge, Massachusetts, although there’s nothing official about what they do.

NBER is a private nonprofit think tank that receives substantial input from scholars at Harvard and MIT, but it is not a government agency. Their decisions on the start and finish of recessions are not technically “official,” but they are widely accepted by Washington, the Fed and Wall Street.

Less well known is the fact that recessions are not called by NBER until well after they have begun. In this respect, NBER looks backward at the data rather than forward like a forecasting firm.

On occasion, the NBER might not identify the start date of a recession until nine months or a year after the recession began. By that method, the U.S. could be in a recession next month and we would not know about it until a year from now when the data were all in.

The Fed may be on pause, but previous Fed action has been catching up with the economy. Monetary policy operates with a lag of six–18 months, so the slowing of the economy we saw in the fourth quarter of 2018 was the result of Fed tightening in late 2017 and early 2018.

Don’t be surprised if we wake up a year from now only to find the NBER says the recession began in April or May of 2019.

The timing has serious implications for next November’s presidential election. If the economy improves ahead of the election, Trump has an excellent chance. If it falls into recession, the Democratic candidate will probably win, whoever it is.

In that case, get ready for class warfare, much higher taxes and even more government spending than today.