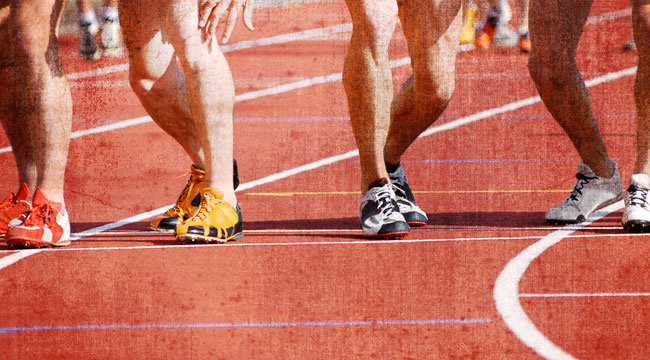 From Small Beginnings, Investors Are Made

I’ve started to introduce Calvin, who is 14, to stocks and investing. With some minimal guidance and ground rules from me, he made up a $4,000 play money portfolio on Monday. After one day, he was up $48… and predictably, he thinks the whole thing is as easy as pie. He can’t wait to get started with real money.

What follows are some thoughts on the makings of an investor at an early age.

“But you don’t know much about those companies yet,” I told Calvin. “And you haven’t made anything until you sell. Your stocks could go down next week.”

“I bought them all on dips,” he told me. Teens think they know everything. I remember how it was.

“Well, I think you should wait a bit and see how it goes. You know, learn more about these companies and then pick your favorites. Ease into it little by little. Don’t buy them all at once.”

“Waiting has already cost me $48,” he said with cheery confidence. “I think we should buy these stocks today.” At least he understands opportunity cost, I thought to myself.

That threw him for a minute. “I’ll have to cut back on the number of stocks I have. Which ones should I drop?” He looked back at the screen again. “Look, now I’m up $53! I made $5 in like five seconds.”

“Calvin!” his mom yelled from the other room. “Stop looking at your stocks and get out your geometry homework.” He tottered off to find his geometry textbook.

It’s an interesting exercise when you think about it. The whole thing is kind of absurd. All the millions of eyeballs following the prices of thousands of ticker symbols every second of every day, swapping them, trying to predict where they’ll go. The mindless chitchat. The daily gossip. The hell’s broth of bad advice and charlatans. How to explain this surface madness with the reality that these ticker symbols represent stakes in real companies?

I remember the first stock I ever bought, Intuit. It was up 10% in a week and I sold it. I couldn’t resist. I thought to myself, “10% in a week… I’d be happy to get that in a year. Easy money!” It kept going up, and so I learned to be patient. The second stock I bought was Intel, which I held onto for a triple.

But it is good to get a thorough beat-down early, too. I remember making an early big bet on Loewen Group. I put $2,000 — my entire 401(k) — into it. I was so confident. It went bankrupt, and I lost everything. The cost of tuition, I told myself, undeterred and more determined than ever to figure this stuff out. And so I learned — really learned — about the importance of balance sheets.

This was all in my early 20s. I devoured books on finance and investing. I studied finance in college. I worked at banks, studying companies and the concept of creditworthiness. I read Ben Graham’s books and Warren Buffett’s essays. I read Peter Lynch’s books. I read Marty Whitman’s letters. The whole world of investing in stocks fascinated me. It does to this day.

Anyway, I have to think about a course for Calvin. (And Charlotte, my 11-year-old daughter, is not far behind. “What does it mean to own a stock?” she asked. I paused. It seemed like such an existential question.)

I have to say, it’s not a bad list. Here it is, with his entry prices:

I think, on a portfolio basis, this could work out pretty well.

I encouraged Calvin to look around him to get ideas. Favorite shoes. Favorite stores. Favorite restaurants. Etc. Think about what kids are talking about, what they want to have, what they like. It’s as good a place as any to begin.

This is the Peter Lynch method of starting with what you know and what you see around you. It’s the subhead of his first book, One up on Wall Street. I still have my copy of that 1989 hardback edition; the edges of the pages have yellowed a bit with time. It does not seem so long ago that this was all fresh and new. The subhead is How to Use What You Already Know to Make Money in the Market. This is the book in which he relates the story of his wife, Carolyn, telling him about L’eggs. He made six times his money on the stock before it was bought out.

I told Calvin about Peter Lynch. And Lynch’s kind of thinking led Calvin to Apple, not surprisingly, whose products we use every day in our house. And to Staples. “It’s going to be back to school soon,” Calvin reasoned. “That will be good for them because people will have to buy stuff.”

I smiled. It seems simple to him now. But he will have to learn with his own experiences. He will have to accumulate his own scars.

From such small beginnings, investors are made.

Chris Mayer
for, Tomorrow in Review

Today, Zach Scheidt explains why times when the market is “discouraged and terribly pessimistic” are the best time to buy…