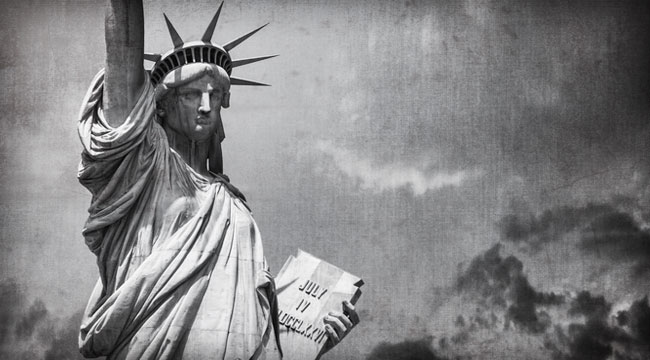 Freedom is Not an Elaborate Fiction

“It is difficult to make predictions, especially about the future,” says a proverb often attributed to Yogi Berra. Imagine the world of freedom, or lack of it. Who could foresee the technologies that make our lives so rewarding and convenient? The same technologies have us all under the government’s giant microscope. Thankfully, the brave have turned the microscope around.

Edward Snowden, Julian Assange, Glenn Greenwald, and Bradley (now Chelsea) Manning have spoken truth to power at great risk. The man who imagined such heroes is libertarian novelist L. Neil Smith, who recently said, referring to these four whistleblowers, “I wrote about them (actually, I anticipated them) long before most people in the world ever knew they existed.”

People come to the libertarian way of thinking from different directions. For me, it was by happenstance taking a class at UNLV taught by Murray Rothbard. For many, it was the dystopian fiction of Ayn Rand. L. Neil Smith freely admits to being a utopian, and constructed novels to put forth his vision and grab readers’ imaginations. Countless libertarians found their way after reading The Probability Broach, Down With Power, or another of Smith’s two dozen books.

The world is a dangerous place, and we must be allowed to defend ourselves.

For those who aren’t among his converts, Lever Action: Essays on Liberty is a great place to start. It’s the best way to get acquainted with the work of a man who has been fighting for freedom since he read Atlas Shrugged when he was 14 years old. He became, as he writes, “a real nuisance to my family and neighbors.”

Anyone like Smith who makes a living as a novelist has to be a good writer. While Lever Action is not fiction, the strength of his writing keeps the pages turning, and his passion for freedom jumps from every page. As he writes in the Author’s Note, his country was going to hell and he wanted to do something.

Thank goodness he used his talents to promote liberty to millions with the printed word. He didn’t pursue politics until later in life, when it was hopeless. Smith, with my friend Vin Suprynowicz as his running mate, was put on the 2000 Arizona Libertarian Party state ballot for president. I don’t believe in political solutions, but I must admit, they made for an intriguing ticket for sure.

At the beginning of Lever Action is an essay titled “My Willingness to Be Drafted to Run for President.” Smith speculates what the world might look like in the future if he were president. He had “made successful predictions — the Internet as we know it today, laptop computers… even digital watches… demonstrating [his] understanding of history, human nature, and the way civilization works.” While doing so, he “brought thousands upon thousands of people into the libertarian culture.”

The meat of the book is divided into six parts: libertarian philosophy, libertarian politics, the Second Amendment, republicrat politics, a rant for all seasons, and science fiction and lesser media.

One gets the feeling Smith had to restrain himself writing fiction, and in the essays and speeches in Lever Action, he is able to let himself off the chain and hammer away unmercifully on his subject.

In a piece about tobacco trials, Smith rants, “Then legions of slick, Gucci-footed, socialist lawyers too lazy to chase ambulances and ideologically sworn to obliterate individualism and capitalism — while raking in billions of dollars for themselves in the process — rounded up this passel of larcenous droolers to serve as plaintiffs in the coming gang-rape of logic and the rule of law.”

His next paragraph begins with a Menckenesque, “Next, a gaggle of dolts even dumber than the mewling plaintiffs was laboriously selected to lend credibility to a predetermined series of events.”

While there is plenty about general libertarian themes, it’s clear where Smith’s focus is. “There never was any Garden of Eden,” Smith writes. The world is a dangerous place, and we must be allowed to defend ourselves. As much as the anti-gun crowd wants to leave our protection to government, that puts our safety in grave danger.

Like many gun owners and strong advocates of the Second Amendment, Smith has his reservations about the National Rifle Association (NRA). The NRA is reviled by the left nearly as much as the Koch brothers. Every time there’s a mass shooting, the NRA is trotted out by cable news pundits as ruining America.

If you go by what the anti-gun crowd says, the NRA would like a bazooka in every household. Well, there would be nothing wrong with that, but Smith makes a long list of compromises the organization has made to whittle away at the Second Amendment.

Smith offers up a wonderful Huey Long quote illustrating the point. The Louisiana governor was asked in the 1930s if there would ever be fascism in America. “Yes,” Long replied with a grin, “but we’ll call it anti-fascism.”

The author is eager to tell the reader of his prescience and libertarian advocacy to the point of exaggeration. “When I started my first novel,” he writes, “back in 1977, I was the only writer on the entire planet — aside from one other self-designated Libertarian, Robert A. Heinlein — to advocate a universally armed populace.”

Entire planet? He forgets about libertarian Rose Wilder Lane and Ayn Rand, whom he mentions in other parts of the book as inspirations. Both wrote fiction and, of course, favored an armed populace. Isabel Paterson would also fall in that category as would Garet Garrett and others. Not to mention there were dozens of nonfiction writers at the time advocating self-defense.

Smith is no anarchist. He supports the idea of government restricted by the Bill of Rights, and is uncompromising in these restrictions. Turning the country around is a matter of will, says Smith. He compares Republicans to a large but irresolute man armed with a .44. Libertarians are the tiny but determined woman holding only a .22.

In his experience as a self-defense consultant, the hellbent woman with a small-caliber weapon will win.

Ed. Note: To take part in a more in-depth discussion of personal liberty and individual freedom, sign up for the FREE Laissez Faire Today email edition, right here. Once inside, you’ll discover the most insightful and entertaining commentary on these topics that the world has to offer, as well as an added bonus… Click here now to find out more.

First They Came For the iPhones

Read on to see why Ron Paul believes we should support Apple’s refusal to bow to the FBI’s dangerous demands, and join forces to defend our precious liberties without compromise…