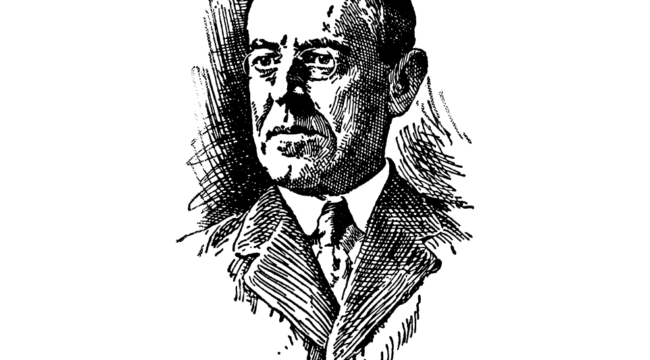 Yet we begin to suspect the opposite…

That is, a nation can survive its traitors — but not its fools.

How many traitors roam within your range of acquaintances?

But how many fools roam within your range of acquaintances?

Being a fool is no crime of course.

We would be rotting behind the bars if it were. Much of the population would be with us.

But their legal status makes fools no less dangerous. And the damage they work often ranges beyond calculation.

Was Woodrow Wilson a traitor for meddling in a European civil war?

He may have meant the best in the world. He wished to make the world safe for democracy — and by extension safe for America.

But was he a fool for hurling the nation into a European civil war?

They would have likely exhausted themselves, come to terms… and walked home, honors even.

It rather made the world unsafe for democracy by making the world safe for fascism… and communism.

And WWI was “The Great War” until an even greater war broke loose 20 years later.

Here our former colleague David Stockman hauls Wilson into the dock… and indicts him for every crime on the 20th century’s calendar:

We do not propose an entirely quiet 20th century absent Mr. Wilson’s botchwork.

The world was — as it always is — to its neck with fools. And these fools would have certainly gotten themselves up to mischief.

Yet we believe the hottest hells of the 20th century would have been averted had Mr. Wilson sat wisely upon his hands in April 1917.

But it was not treason that sent Mr. Wilson stumbling into Europe’s war… and the world subsequently into the 20th century’s hells.

Of course Wilson was not the only fool to ever sit down at 1600 Pennsylvania Ave.…

Never fight a ground war in Asia, warned Douglas MacArthur. This was the counsel of a fellow who had fought two.

But old Gen. MacArthur — no pacifist — toppled the domino theory. “Ridiculous,” he labelled it.

Furl the calendar back to April 1961…

MacArthur instead advised the youthful president to battle communism with America’s greatest weapon — its economy.

A free economy would triumph ultimately over a communist economy.

Would he have taken aboard the advice… brought home the advisers he had dispatched to Vietnam… and quit the country without further escalation?

The fool idea won the day… and America lost its way.

A half century later another fool idea was loose in the White House, lodged between the ears of President George Walker Bush.

Only this ground war was not in southeast Asia — but southwest Asia.

It would begin by making Iraq a democracy, an America on the Euphrates.

Saddam Hussein would go out and Thomas Jefferson would come in.

Iraq would then become the initial democratic domino that proceeded to topple — one after the other — the region’s autocratic tyrannies.

But what happens when you combine one fool idea with another fool idea?

Could there be any doubt?

The Greatest Blunder in the History of United States Foreign Policy

Some have labelled Mr. Bush’s adventure the greatest blunder in the history of United States foreign policy.

Over 4,500 Americans perished attempting to transform Iraq into Kansas. Many thousands more were injured.

And this Asian ground war’s ultimate financial costs may near $2 trillion.

Yet he was a fool to believe he could transform the Middle East… if not a dunce.

We only wonder what fool idea will next prevail.

He has in the past. Yet will He always?