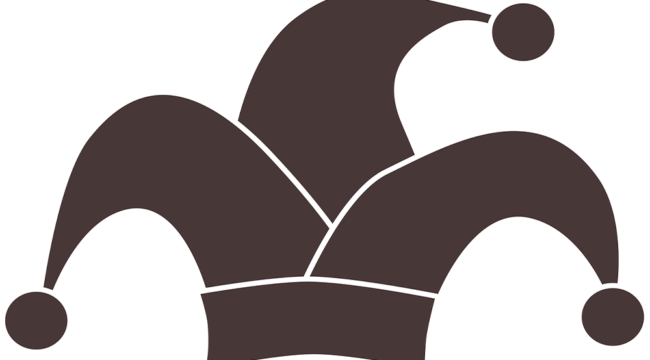 Fools Are in Charge

Otherwise, things that society often takes for granted, like regular food and fuel supplies, can suffer bottlenecks in supply.

There are hints that unrealistically optimistic forecasts about the future — by political and corporate leaders — are causing real-world problems today.

Below are a few examples…

There’s a global story about a shortage of truck drivers in the U.K. leading to a shortage of fuel at fuel stations. You may recall that for years, there have been press stories about how a career as a commercial truck driver would last only a few years.

In August 2016, for instance, Uber, a producer of hype rather than profits (even at full scale), paid several hundred million dollars’ worth of its stock for a self-driving truck startup named Otto. Yet Uber essentially folded the initiative in December 2020, selling its disappointing self-driving projects to Aurora.

Why would a news-aware youngster go to trucking school if trucking jobs shortly become obsolete? One might reasonably have concluded this, if one believed the hype from an Uber-related news story five years ago.

Well, we’re several years beyond Silicon Valley predictions that self-driving trucks would soon be driving streets. If such a prediction takes, say, 30 or 40 more years to come to fruition, isn’t it indirectly responsible for the shortage of truckers that we are seeing in many advanced economies?

A shortage of professional drivers could last for years into the future.

Costco executives, according to The Wall Street Journal, say “it can be difficult to find trucks or drivers on short notice.” Wim Lagaay, CEO of a terminal in Los Angeles, says, “Up to 30% of overall truck appointments are not met because there are not enough trucks, drivers or chassis.”

If market forces are allowed to work, pay for truck drivers will keep rising until the shortage is addressed. That’s good news if you’re a trucker, but bad news if you’re paying for shipping costs as part of your business operations.

Shipping is a significant operating cost for our two most recent trades, GM and Caterpillar. Each has a sprawling global supply chain.

Electric-powered transport is still such a small percentage of the mix that it’s almost unmeasurable. U.S. gasoline demand is back near all-time highs.

It’s as though COVID lockdowns never happened. There is no discernible downturn in gasoline demand from the slowly increasing population of Tesla models you may see on the road.

Tesla’s bloated market cap is a function of its managers’ storytelling skills, its shareholders’ unshakeable trustfulness and the stock’s late-2020 inclusion in passive investors’ S&P 500 Index funds. (Passive investors assume that active investors are still powerful enough to quickly move stock prices to approximately the “right” prices in response to new information, but that is no longer the case.)

Tesla’s market cap is not a function of its financial value creation for shareholders. Yet the Tesla stock phenomenon, a product of the virtual stock-trading world, and the enormous retail trader appetite for Tesla call options are starting to influence real-world economic decisions…

Following the Leader (Over a Cliff?)

For instance, this week Ford announced a $7 billion investment in a series of new EV assembly and battery plants in Kentucky and Tennessee. Ford press releases call it “the largest ever manufacturing investment at one time by any automotive manufacturer in the U.S.”

Ford’s $7 billion capital investment decision must have been influenced by the bubbly price of Tesla stock. Ford’s board would love to see some of the boundless enthusiasm of Tesla shareholders rub off on its own shareholders. The same goes for GM, Volkswagen and many other companies that have joined the battery plant investment bonanza.

If it turns out that future consumer demand for EVs falls short of industry capacity, well, that’ll be someone else’s problem several years down the road. Perhaps it will involve taxpayer subsidies to fund operating losses at auto companies.

Irrationally optimistic forecasts for certain demand trends aren’t the only damaging factor to think about.

Will democratic majorities in Western countries decide the providers of oil and gas must be punished in order to avoid a speculative forecast for rising global temperatures several decades down the road?

The desire to hit certain emissions targets has even infiltrated the Chinese Communist Party! (At least that’s what the CCP claims.)

In a bid to please the Champagne and private jet crowd at the next global climate summit, the CCP ordered cutbacks of coal-fired electricity — even if it means hurting its own economy. That’s a big deal. The CCP has almost always erred on the side of promoting economic activity.

Even though the carbon dioxide emission issue has become highly politicized, this isn’t a political question; it’s an economic one.

Politicized economists are in the business of telling politicians that they can promise benefits to voters upfront, with costs to be put off on someone else, long in the future. But real economists talk about tradeoffs. The harsh reality of economics is that there are tradeoffs to every “policy choice.”

If a democratic majority decides that society is going to be prodded into electric vehicles and must wean itself off of oil, is that majority prepared for the likelihood of overcapacity in electric vehicle production, underinvestment in oil projects and rolling blackouts in the electric grid?

Because if we are going to use votes, and not price signals and profits, to restructure critical economic foundations, voters must also be prepared to accept wave after wave of corporate losses and capital misallocations.

Will the voting public continue to support subsidies for money-losing overcapacity in electric vehicles if prices at the pump for gasoline double from here?

Again, my point in posing these questions is not political. It’s to show that many of the logistical and real-world disruptions that people are suffering have been brought about by political leaders seeking to control what is not really controllable.

Locking down economies to try to control a highly infectious virus was foolish. That error was compounded by flooding the business and personal checking accounts with borrowed money that was ultimately monetized by central banks.

The net effect of both errors was like cutting off the global economy’s fairly healthy diet and then putting it on a diet of sugar and caffeine.

Hopes for a miracle from the rushed COVID vaccines have faded. Yet now, we add an ominous U.S. vaccine mandate to the mix. It could make labor shortages in specific sectors even worse. It seems we have a toxic formula undermining the economy’s health.

Once signs of economic health fade, are more sugar and caffeine on the menu? Are political leaders making new mistakes to address the consequences of old mistakes?

Misdiagnoses of problems will lead to faulty conclusions and even more problems. If leaders are misdiagnosing, we should expect more problems.

Rather than set conditions for the private sector to thrive through mutually beneficial trade, governments all around the world have used the levers of power to micromanage activities that they naively believe they can control.