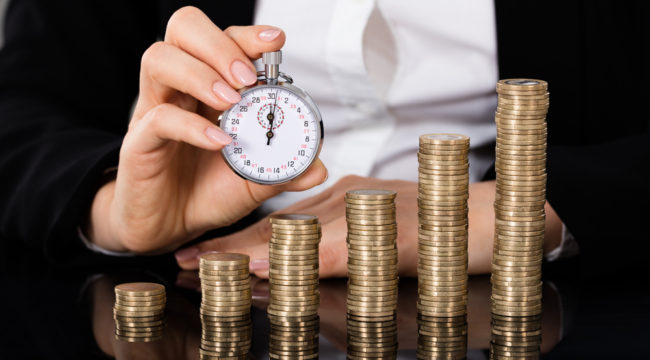 But could she actually deliver five?

A scandalous question no doubt. Three hikes are possible, and barely. Four’s over the top, and five is simply out of court. Five would kill the economy.

So how do we get five?

The Fed’s balance sheet was about $800 billion before the great crisis of 2008. Modest. Or at least… manageable.

Then the Honorable Mr. Ben Bernanke responded to the crisis with the grandest, most swashbuckling monetary experiment in world history.

The Fed purchased trillions of dollars of bonds under QE numbers 1, 2 and 3 and Operation Twist and heaven knows what.

Its balance sheet ballooned to $4.2 trillion — some four times larger than pre-crisis levels — where it stands today

It was an emergency measure, they said. They’d worry about unwinding the balance sheet later, when things returned to normal.

It’s now 2017. Things have returned, in their own nervous and winding way, to conditions approaching normal. Official unemployment hums at 4.8%. Inflation, years dormant, musters steam. Green shoots of growth appear here, there and points between.

Many now claim it’s time to start unwinding the balance sheet. To take away the crutch. But no one’s ever tried to unwind a balance sheet this size.

So here’s the $4.2 trillion question:

Can the Fed unwind its balance sheet — take away the crutch — without panicking the markets?

Not according to Bloomberg’s Vincent Cignarella: “With so much uncertainty in the market about how it will be reduced, a few mistimed words could roil markets faster than you can mouth ‘taper tantrum.’”

“Taper tantrum” being a reference to the open revolt markets mounted in 2013 at the mere suggestion that Ben Bernanke might wind down the bond purchases — take away the crutch.

Mark MacQueen, co-founder and portfolio manager at Sage Advisory Services agrees: “The unwind will not be pretty.”

We said Janet Yellen could end up hiking rates five times this year — even though she plans for three. Where do we get the other two?

In the opening rounds of QE, the Fed bought gobs of long-term bonds to keep long-term interest rates low. Now, several years later, the debt is beginning to mature.

Maturing Treasuries only totaled about $3.5 billion in 2015, for example.

But that figure’s expected to hit $195 billion this year. It’s further expected to top a gargantuan $422 billion next year, according to Bank of America Merrill Lynch’s Mark Cabana.

In other words, a lot of the air used to elevate markets post-crisis could soon be leaking out of the system.

She claimed a shrinking balance sheet this year has the same impact as two rate hikes.

That means if Yellen goes ahead with her three planned rate hikes, a shrinking balance sheet could essentially add two hikes — five in total. So if she still wants three rate hikes this year, she might only need one!

According to Francesco Garzarelli, interest-rate strategist at Goldman Sachs, a dwindling balance sheet could mean a 0.5–0.75 rise on the all-important 10-year Treasury yield. It’s currently 2.45%.

As “bond king” Jeffrey Gundlach has warned, a 3% yield on the 10-year is a “line in the sand” for the bond market (Remember, bond prices fall as bond yields rise):

Gundlach also says it could also trigger an equities sell-off:

Mr. Ben Bernanke says there’s no need to rush with any of this: There’s “little evidence that, at current levels, the Fed’s balance sheet poses significant problems for market functioning or for the economy.”

Maybe. But if the Fed just keeps rolling over the debt, it means the Fed has no room to maneuver in another financial crisis, as Jim Rickards explains:

The balance sheet is still over $4 trillion. It has not been normalized, so they have lost the capacity to deal with the next crisis. What are they going to do, print another $4 trillion? You’re at the outer boundary of what’s politically possible or what you can do without destroying confidence.

So these are the options before Janet Yellen:

Roll over the debt, kick the can further down the road and deprive the Fed of “dry powder” to handle the next financial crisis…

Or start unwinding the balance sheet this year — on top of any rate hikes — and risk kicking out the crutch that’s kept markets vertical all these years.

Our money’s on Option 1. Yellen’s term expires next February. She’ll probably let the next sucker deal with the balance sheet… and deal with Trump.