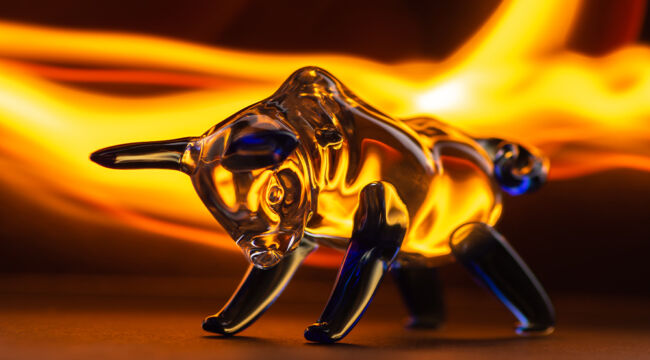 1: The stock market is deliriously overvalued by history’s standards…

3: Investors continue to pile into the stock market despite 1.

Conclude the gentlemen and ladies of Bespoke Investments:

“Investors simultaneously think the market is overvalued but likely to keep climbing.”

Natixis Investment Managers adds that wealthier Americans — those with a minimum of $100,000 of investable assets — expect long-term returns of 17.5% above inflation.

We are not one whit surprised. It is these Americans who have gained most from Federal Reserve welfare programs.

Asset prices as a whole run past 200% of GDP. That is, unsurprisingly, a record.

More money has poured into stock funds within the past several months… than the previous 12 years combined.

That is correct. More money has poured into the stock market within the past several months than the previous 12 years combined.

Impossible — but there you have it.

This, at a time when valuations are by certain measures the highest in history.

Investor exuberance is evident from the massive increase of household equity ownership as a percentage of their disposable personal income. The current deviation from the long-term exponential growth trend rivals every previous bubble in history.

To repeat Bespoke Investments: “Investors simultaneously think the market is overvalued but likely to keep climbing.”

Will it? Keep climbing, that is?

Imagine the scene: A man is hot to take in a gaudy and popular show. He has read the reviews. He has heard the critical applause.

And so he purchases a ticket — an extravagantly overpriced ticket — and squeezes himself into a crowded moving picture house jammed to suffocation.

He shoulders his way through the throngs to obtain a choice view of the show.

He is aware he has entered a potential slaughterhouse — should a fire sweep through, most will fry.

He believes he will beat the crush.

This is what he does not know: Each of his fellow showgoers, each herd member, is equally alert to the hazard.

Alas, a carelessly discarded cigarette encounters dry material… and a flame is born…

Our man strikes out instantly for the exit door, believing he is stealing a march on the unknowing mass.

Yet he is confronted at once with a dreadful awareness: He is but one of multitudes sharing the identical strategy… all trusting in their superior sagacity.

He discovers he is not a wise owl after all but a bovine steer corralled in a pen.

He finds himself jammed and imprisoned within a desperate human stampede clogging the exit.

Can you picture the Pacific Ocean jamming itself through a sipping straw?

Then you can picture the scene.

‘This Time Is Different’

The evil has spread without check, without mercy. The theater has now become a conflagration of flame.

The poor fellow is engulfed… and succumbs to the blazing inferno… one of many hundreds who likewise believed they would beat the crowd out — but could not.

Their miscalculation has proven fatal.

Now you have your parallel. Come the inevitable fire and the equally inevitable panic… most investors will fail to gain the exits.

This time will not be different, at least by our reckoning.

Let us add another character to our fiery tale, the villain of our plot. That villain would be — and is — the Federal Reserve.

‘In the Fed We Trust’

If by unlikely chance fire erupts, the crowd believes the Federal Reserve will douse the thing before an inferno rages.

“Investors are convinced there is ‘no risk’ in the market because the Fed provided an ‘insurance policy’ against loss.”

The Federal Reserve has done nothing to shake the crowd’s faith in its firefighting. To the contrary, the audience considers the past year iron proof of its superior fire suppression abilities.

If the greatest economic blaze since the Great Depression cannot raze the theater… what can?

The marquee has never glittered brighter, the lines snaking around the corner have never stretched longer, sales have never been stronger.

After all — the greatest and grandest show on this or any conceivable Earth airs daily.

For that is when the chance of fire is greatest.

What Spark Will Light an Inferno?

Irrational exuberance from investors, easy credit with investors taking out personal loans to buy stocks, and risky stocks outperforming. The level of exuberance currently matches previous major market peaks, the only missing ingredient is a catalyst to start the reversal.

That is, the only missing ingredient is the spark to kindle the inferno. What will it be?

We do not pretend to know the answer. And no one rings a fire bell at the top, before the upheavals.

We are only certain the kindling is dry and that fire conditions are ideal. Here Mr. Roberts seizes upon our theatrical example:

The biggest problem is that investors are crowded into a theatre with a single exit. When the selling starts, the exit will become very narrow, very fast.

We hazard the Federal Reserve’s firefighting will face fresh challenges for which it is unprepared.

Not only does it fight the last fire — it fans another. It is an accidental arsonist.

Once the initial fire is doused, it begins hosing in kerosene somewhere else. The ultimate fire proves a greater inferno than the last.

Fire erupted in technology stocks. Once out, the Maestro seeded a blaze in the housing market… which burst into hellish flames under one decade later.

The pandemic ignited a five-alarm financial fire. The Federal Reserve leapt into action with wild abandon, with every asset it could muster — zero interest rates, oceans and oceans of liquidity, etc.

The fire is contained. But Mr. Powell and mates have poured in so much liquid, a savage burning appears inevitable.

Can they get enough water on the next fire? We are far from convinced they can.

We know only — or at least believe strongly — an inferno is but one spark away.

Will you make your exit in time?