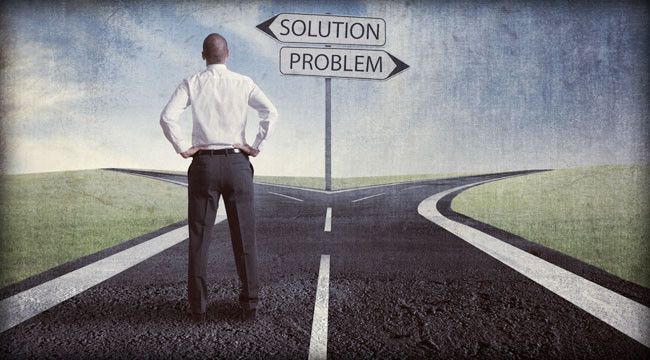 "Stimulate and Hope": Empire at A Turning Point

This year, 2013, represents another turning point in the demise of the American Empire. If you view it in economic (rather than ethical or moral) terms, the high water mark of Empire was probably in the late 1990s.

But the Internet bubble and bust marked an important turning point. It coincided with the birth of the euro, a competing reserve currency that no doubt encouraged capital to flow back out of the world’s greatest economic empire. Before the euro come about, the U.S. enjoyed unrivaled capital inflows. It pushed up the value of the (“King”) dollar and inflated equity markets to historic levels.

If you just keep lowering interest rates you’ll end up having a nation full of real estate agents driving around in BMW 3, 5, or 7 Series cars.

From that point on, the U.S. embarked on a desperate strategy of “stimulate and hope”. Fortuitously, China had just joined in the world trade system and needed a leg up. It wanted to peg its currency to the U.S. dollar at a very competitive rate in order to build wealth and savings via a trade surplus.

This benefitted the U.S. because the currency peg policy ensured that government and household deficits would be recycled back into the economy (i.e. by China buying U.S. bonds), keeping interest rates low… low enough to fuel a property boom to take over form the Internet boom (and bust).

But that got out of hand in a major way (as credit booms tend to do) and the subsequent bust in 2008 was disastrous. So you could put 2007 next to 1999 as the second turning point in the demise of the U.S. economic empire.

Now here we are five years later — 2013 — possibly at the cusp of another pivotal year. On the surface it may look like this is all about the current political debacle. But it’s been brewing for years. And it’s been brewing because the only solution the U.S. has to its problems is to go further into debt. It’s a short term expedient, not a solution.

The problems in the developed economies are structural. It’s the structure of the economy that needs changing. But it can’t happen without pain. You can’t have an economy rely on easy money and constant government spending and expect sustainable improvement.

If you just keep lowering interest rates you’ll end up having a nation full of real estate agents driving around in BMW 3, 5, or 7 Series cars.

Lowering interest rates or monetizing debt via quantitative easing (QE) promotes short term bursts of activity, but it ALWAYS requires more. That’s why the post-2007 economic recovery has been so anaemic. There’s too much debt and the global economy is too badly structured to produce anywhere near historic rates of growth.

“We are reaching end times for Western affluence. Between 2000 and 2007, ahead of the Great Recession, the United States economy grew at a meager average of about 2.4% a year — a full percentage point below the 3.4% average of the 1980s and 1990s. From 2007 to 2012, annual growth amounted to just 0.8%. In Europe, as is well known, the situation is even worse. Both sides of the North Atlantic have already succumbed to a Japan-style ‘lost decade.'”

Yes, economic growth rates are grinding lower as we come to rely more and more on monetary policy to do the heavy lifting. This will only continue while weak politicians look to the Fed or other central banks to “do something.”

Speaking of growth, the IMF forecasts global economic growth of just 2.9% this year, the weakest rate of growth since 2009. It also downgraded Australian economic growth forecasts from typically over-optimistic levels of 3% and 3.3% for 2013 and 2014 respectively, to 2.5% and 2.8%.

The IMF also points out that the Aussie economy has greater exposure to China than any other economy in the world — bar Mongolia, which shares a long border with the Middle Kingdom.

That’s not surprising, given around 35% of our exports go to China. And China’s got its own credit boom and resultant structural problems going on, so the bounty we have enjoyed over the past decade certainly won’t be replicated over the next 10 years.

Meanwhile, over at the APEC summit in Bali, we saw a rather humorous representation of the decline of the American Empire. President Obama couldn’t attend the summit, given he is stuck in Washington trying to avert a technical default on the nation’s huge debt levels.

If borrowing costs continue to rise, soon the U.S. will spend $500 billion per year on simply servicing its debt.

It was Russian President Putin’s birthday, so Indonesian President and summit host Yudhoyono cranked out the guitar and played happy birthday, much to the delight of Chinese President Xi Jinping. So, it seems everyone was partying except Obama.

It’s probably not much of an analogy. But it goes to show, when you’re the world’s biggest debtor you can’t just close up shop and go to the pub whenever you feel like it. You’ve got to make sure the money keeps coming in… because there are bills to pay and you can only pay those bills if the money keeps rolling in.

The bond market wasn’t too perturbed by the U.S. debt issues. At the long end of the curve it’s certainly not. But at the shorter end it’s a different story. Bloomberg has the story:

“Treasury one-month bill rates surged to the highest since 2008 and yields on three-year notes rose as the U.S. sold $30 billion of the debt in the first auction of coupon securities since the start of the government shutdown.

“The Treasury sold $30 billion of one-month bills at a rate of 0.35%, the highest since November 2008 and more than double the rate on comparable one-month securities yesterday.”

While it’s still unlikely at this stage, U.S. debt dynamics could get very ugly, very quickly. In the fiscal year 2013 the Treasury had to redeem (refinance) a record $7.55 trillion in debt, largely because of the large amount of maturing short term debt.

In order to refinance that amount and pay for all its promises, it had to issue a massive US$8.32 trillion of debt, spanning short and long term duration. That’s quite a supply of paper the world has to digest.

According to the latest Fed’s “Flow of Funds” report, interest payments in the second quarter jumped 13.5% to $438 billion (annualised). In nominal terms, that’s a record amount. If borrowing costs to continue to rise, soon the U.S. will spend $500 billion per year on simply servicing its debt.

That’s a lot of “cash” flowing to the recipients. But the same creditors finance it anyway… it’s all just shuffling paper around. More importantly, it represents another major drain on the imperial credit line. In effect, the U.S. is asking for credit to pay the cost of the credit it’s already drawn down on.

Yep, it’s all about credit and credibility. Cash in your previously earned credit and hope for the best. But at the rate things are going, a few more years of this and the U.S. will have little credibility left. Once your credibility is gone, so is the money.

Ed. Note: Whether you agree with Greg or not, the question remains… What do I do with my money? No matter what happens to the US economy, there will always be a place to safeguard your wealth from the increasingly parasitic US government. That’s why it’s so important to stay in tune with the best information possible. And that means listening to voices outside the mainstream, on the fringes, free of government influence. The Daily Reckoning email edition is a great place to start. You can sign up for FREE, right here.