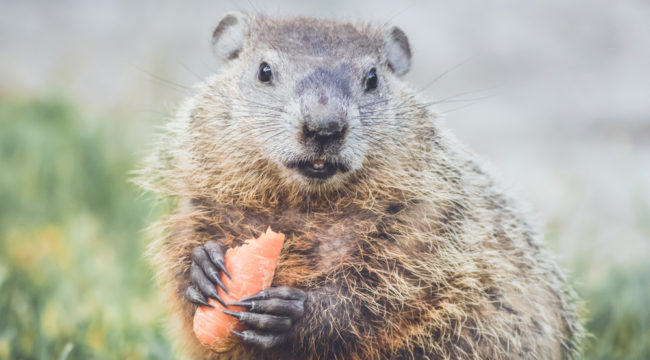 What a Famous Bill Murray Movie Says About Today’s Market

Markets have lately had a certain Groundhog Day quality to them, as in the Bill Murray movie: each day is like the one before.

Gold, the euro and Treasuries were all weak, while stocks and the U.S. dollar kept going higher and higher. It has been this way for several weeks now, ever since the market formed the view that the Fed would raise rates in December.

That conclusion was based on Janet Yellen’s Sept. 20 press conference following the FOMC meeting and her Sept. 26 speech in Cleveland.

I studied Yellen’s remarks closely and read her speech twice. Using my proprietary Fed model, her remarks can only be interpreted as dovish, and the data strongly support the view that the Fed will not raise rates in December.

The market disagrees with this analysis. As of today, the market is showing an almost 90% chance of a December hike. That’s OK. The easiest way to make money is to be out of consensus when the consensus is incorrect. You just place your bets and wait for the market to come to you.

Well, the data came in exactly as I expected. PCE core year-over-year (YoY) inflation for August was 1.3%, down 0.6% from the January reading of 1.9%. That’s eight months in a row of flat or down readings. The Fed is a far cry from their 2.0% target and moving persistently in the wrong direction.

That’s a tribute to the predictive analytic models I use. However, the market continues to cling to what I called its “false belief system.” A shock reversal of the reflation trade is coming, but not yet. For now, complacency and consensus thinking still reign. The strong-dollar, weak-euro, weak-gold story persists.

But not for long. A weak reading in Friday’s employment report added to the pile of evidence that the economy cannot bear another rate hike in the near future, especially with balance sheet normalization, or “QT,” now underway. This quantitative tightening reduces money supply and results in a tightening of monetary conditions even in the absence of a rate hike.

Given the weak economic backdrop and the existing tightening from QT, plus the lagged effect of prior rate hikes, the Fed will take a pause in December. When that reality sinks in, the dollar will weaken and the euro and gold will resume their slow, steady climb that began at the end of 2016.

On top of that, it is now clear that Kevin Warsh will be the next Fed chair — something I first told readers about last winter. The early read on Warsh was that he is a hawk and will raise rates in accordance with the Taylor rule. But I also told my readers that Warsh is a pragmatist, not an ideologue.

He’s a lawyer, not an economist. He works for a hedge fund, not a university economics department. Warsh will do what makes sense under the circumstances, not cling to some obsolete rule such as the Phillips curve like Janet Yellen.

Warsh sees the Trump tax cut as producing real growth. When the capacity for real growth expands, the likelihood of inflation is reduced. In effect, real growth substitutes for nominal growth in terms of capacity constraints in labor markets.

This means Warsh is less concerned about inflation than Yellen and therefore less likely to raise rates. So the rise of Warsh is one more dovish factor in addition to disinflation and weaker job creation.

This may still take a few weeks to play out but when it does, the reversal from current trends in the dollar, the euro, gold and bonds could be violent. That will favor those who set up the trade now. It looks like a good entry point for euros, gold and Treasury notes.

You can place your bets and then just sit back and enjoy the show.