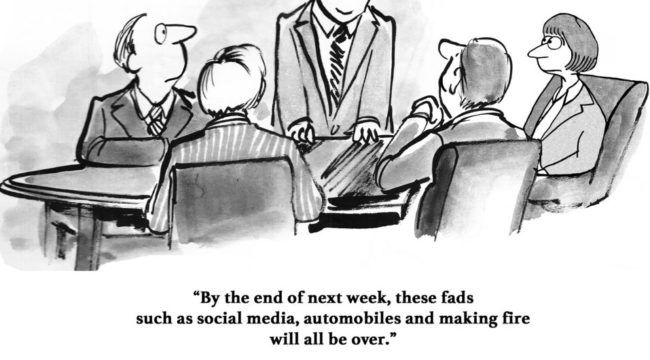 When a “Fad” Is No Longer a Fad

Book one registers bitcoin under the category “fad.”

We avoid fads as the devil avoids holy water — financial fads in particular.

We think of bitcoin and our mind runs to the 17th-century tulip fever in Holland… England’s South Sea Bubble of the same period… France’s Mississippi Bubble, of the 18th century.

Book one in hand, we incline to the opinion that bitcoin is the tulip of our time.

Yet in book two, bitcoin is the hero of our tale…

Does not every revolution begin as fad?

The telephone has “too many shortcomings to be seriously considered as a means of communication,” said the president of Western Union in the late 19th century.

“The horse is here to stay but the automobile is only a novelty — a fad,” assured one banker, who advised against investing in Ford.

“I predict the internet will soon go spectacularly supernova and in 1996 catastrophically collapse,” thundered Robert Metcalfe, founder of (now defunct) 3Com, in 1995.

Maybe bitcoin and other “cryptocurrencies” are the new telephone, the new auto, the new internet.

And today’s anti-bitcoin crowd might one day rank alongside the Western Union president who had shortcomings of his own… the “horse is here to stay” banker… the former business owner with a catastrophically collapsed internet prediction.

On each occasion when bitcoin absorbs a punch, today’s skeptics announce its knockout.

It’s risen from the canvas each time — $1,300 this week alone after taking its most recent blow.

At what point does “fad” no longer apply?

One solitary bitcoin ran to one-third of a penny in those distant days.

If you were faddish enough to grab $100 of bitcoin seven years ago and hold it, today you would sit upon a nest egg worth…

We only need to seize it, cling to its coattails and hold tight through every peak, every valley.

The dream consoles us when our soul languishes… and we put it away in lavender.

We only need identify the next bitcoin.

Of course with our luck the thing would go to zero the instant we had it by the tail.