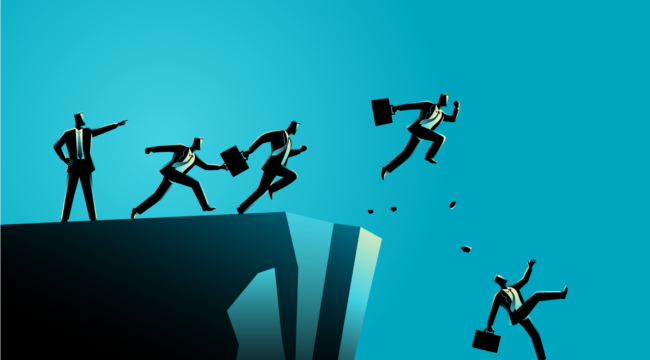 After nine years of unconventional quantitative easing (QE) policy the Federal Reserve announced yesterday that it is now setting out on a new path for quantitative tightening (QT), starting next month.

QE was a policy of money printing. The Fed did this by buying bonds from the big banks. QT takes a different approach.

The Fed will now allow the old bonds to mature, while not buying new ones from the banks. That way the money will shrink the balance sheets ahead of any potential crisis.

But what can we learn about interest rates from yesterday’s announcement?

On that score, the markets and the experts have misread the Fed again.

The Fed’s decision today to keep interest rates unchanged at 1.0–1.25%, as well as its long-anticipated move to formally announce the start of its balance sheet normalization process next month, came as little surprise. The bigger news was that despite the weakness of core inflation in recent months, a clear majority of Fed officials continues to project one more 25bp rate hike by year-end.

Indeed, although officials lowered their projections for core PCE inflation both this year and next, such that it now doesn’t return to the 2% target until 2019, they continue to project one more interest rate hike this year and three next year.

Capital Economics was not alone. The view expressed in this excerpt was also repeated on CNBC, The Wall Street Journal, CNN and all of the major news outlets.

Markets got the message. The dollar rallied, the euro declined, gold traded down and interest rates ticked up. That’s exactly what you would expect if the Fed gave hawkish signals based on continued moderate growth.

There’s only one thing wrong with this story: everything.

I’m always incredulous when I see this happen. How can so much time, effort and talent be devoted to such a simple task and still get the wrong result? How could they get it so wrong?

The answer is that the so-called experts are using the wrong model of Fed behavior. As I’ve said many times, if you have the wrong model, you will get the wrong result every time. This happened again on Wednesday afternoon following the FOMC meeting and Janet Yellen’s press conference.

So what’s wrong with the mainstream model?

The first mistake is to pay attention to the Fed projections of growth and interest rates. These are the so-called “dots” (because they’re presented as a set of dots on a chart showing dates and rates.) All of the members of the board of governors and the regional reserve bank presidents are invited to provide their own dots.

The media glom onto the dots, compute an average of the dots and then treat the average as a consensus of Fed opinion. They project Fed policy based on this consensus. Markets react to the reporting and the consensus estimate.

Here’s the problem. The dots are a joke. No one in the Fed headquarters in Washington takes them seriously. Starting the “dots” was an attempt at transparency by Ben Bernanke. The Fed can’t seem to get rid of them.

The media love them. But they are a joke.