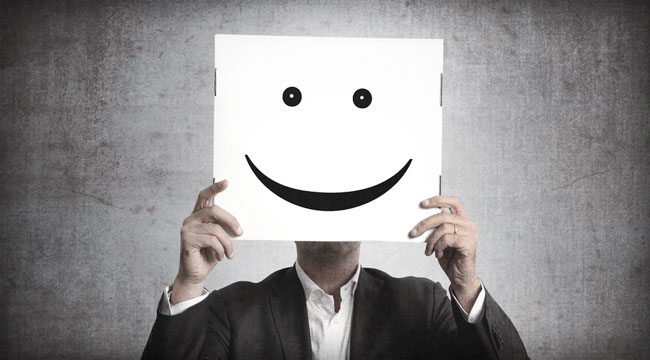 What is happening in Argentina provides a valuable lesson in why governments in every country on earth control the education of the nation’s children.

Argentina is suffering the ravages of government debasement of the currency — i.e., inflation, the process by which government pays for its ever-increasing debts and bills by simply printing more paper currency. The expanded money supply results in a lower value of everyone’s money, which is reflected in the rising prices of the things that money buys.

According to The New York Times, last year prices in Argentina rose nearly 30%. This year, they’re expected to increase by 45%.

Not surprisingly, the government’s inflation of the money supply is causing economic chaos within Argentine society. From butchers who are now posting price increases on scraps of paper, to women filing for increases in alimony payments, to café owners who are selling less, to wholesalers who are having trouble pricing imported goods, the government’s monetary debauchery spares virtually no one.

So, what does all this have to do with government schools?

Inflation is one of the greatest government scams in history.

Well, ask yourself: Why do governments finance their expenditures with inflation rather than simply by raising taxes?

The answer is a simple one: With taxes, everyone knows that the government’s the culprit because people can see that it’s a government agency that is collecting the taxes. With inflation, government can blame what is happening on the private sector, where prices are rising in response to the government’s continued debasement of the currency.

And that’s precisely what they teach children in public (i.e., government) schools. They teach them that it is greedy, rapacious people in the private sector, not the government, who are to blame for the rising prices brought on by inflation. They teach them that it is the job of the government to protect people from the greed and rapaciousness of the private sector by doing such things as imposing price controls on businessmen, sellers, and producers.

Through it all, government officials know exactly what they are doing. They know that it’s their central bank that is producing the problem by expanding the money supply. But they also know that most of the citizens are graduates of public schools, which teach that inflation is caused by private-sector people who are greedily raising their prices. The officials know that all they have to do is focus the blame on the private sector and the citizenry will immediately fall into line and see the government as their savior rather than the entity that is actually the cause of the problem.

By imposing price controls on the private sector, the government makes it a criminal or civil offense to raise prices. Then, officials encourage citizens to become snitches, exhorting them to report unlawful price increases to the authorities.

The price controls inevitably mean shortages. That’s because producers can’t make a profit if they are forced to sell at a price below their costs. The citizenry then get angry over the shortages and condemn the greedy, rapacious businessmen for being “hoarders.” Of course, government officials love to see the process working.

You’ll recall that this was what happened in the United States during the 1970s, when price controls were imposed on gasoline. The result? Shortages and long lines at the gasoline stations, which public school graduates, not surprisingly, blamed on the oil companies and gas station owners.

Through it all, the U.S. government played the innocent. It even had a Whip Inflation Now campaign, acting as if inflation was caused by someone other than the government. The citizenry loved the WIN campaign and participated in it enthusiastically.

It’s no different in Argentina. As part of its campaign to blame inflation on the private sector, the government has imposed a wide range of price controls, leading to shortages and even more economic chaos. Government billboards exhort people to snitch on businesses that are unlawfully raising their prices.

Playing her important role in the scam, Argentine President Christina Kirchner tells the citizens, “We have to monitor prices. Don’t let them rob you.”

Not suspecting that government is the cause of the chaos, the citizenry love the price controls and their newfound role as snitches for the government. According to the Times, two engineering students even devised an app that enables shoppers to see whether grocery stores are complying.

However, there are some Argentinians who see through the scam, just as libertarians saw through the Whip Inflation Now scam here in the United States in the 1970s. A retired 77-year-old accountant named Jose, who declined to give his last name, no doubt out of fear of government retaliation, showed that he had somehow broken through the government’s indoctrination: “The campaign is useless. It’s a rule that’s older than the world. If you print money, there’s inflation.”

Ed. Note: Whatever causes it, the fact is price inflation affects everyone. After all, on some level we are all consumers. And when it gets going in earnest in the U.S., and the dollar begins to collapse, you’ll want to be prepared. That’s why, in today’s issue of Laissez Faire Today, readers were given a chance to grab a playbook that shows specifically how to safeguard and grow your wealth in the face of government-induced inflation. Just a small benefit of being a reader of the Laissez Faire Today email edition. Find out how you can sign up for free, right here.

After years of central banks “printing” trillions, where’s the inflation? To answer that question Ben Traynor explains how QE has worked in practice, and where the money has gone…