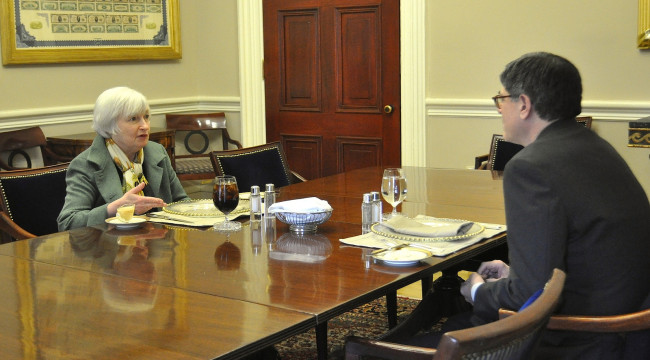 Everywhere I Look, All I See Is ZIRP

If you were in need of a conservative financial role model, I would introduce you to my parents. There is no mistaking the fact that these two people were raised in families that were permanently influenced by the Great Depression.

My father worked as a bookkeeper at a local construction company for the better part of 30 years. He wasn’t a qualified accountant pulling down a big salary, but he did alright for himself.

His annual vacation entitlement was two weeks. (Nowadays, 30 years into the job and having only two weeks vacation would be unheard-of.)

No wonder he was thrilled when it came time to retire.

My mother worked as a teacher. In Canada, teachers make a decent living, and she loved her job. In fact, she is turning 70 next year and is still working pretty regularly as a substitute, because she enjoys it.

My parents are from an era when the man looked after the finances. That meant my father was in charge. His approach was ultra-conservative.

Despite having no tolerance for taking risk and a pretty modest family net income, my parents managed to accumulate a good-sized nest egg at a reasonably young age.

There was no rocket science involved in how they did it. They lived well below their means and saved every penny they could. That was what my father was taught to do, and that was what he thought a good husband and father should do.

Growing up, we had a modest house with the mortgage paid off as quickly as possible. We didn’t go on expensive vacations. The first time my mom saw the ocean was when she came to visit me in Bermuda (she was 53). We always drove used cars.

My parents were fiscally responsible to a fault. They were always focused on making sure that they had enough saved to provide a comfortable income when they retired. For their entire adult lives, they lived below their means so that they could live better after they retired.

Now that they are in those retirement years, guess what has happened? A good portion of decades of hard work and discipline has been erased.

Central bankers have stolen a considerable amount of my parents’ retirement income with their zero interest rate policies (ZIRP).

Decades of working hard and living below their means have been undone. My parents had planned to be living off their interest income at this stage of the game.

That is hard to do in a zero interest rate world.

Last month, I accompanied my 74-year-old father down to his bank to try to help him select some CDs to invest in. Here are the rate options that he was presented with: You should have seen his face when he was presented with these numbers. He must have felt like he was being robbed.

For committing his money for 10 years, my father would be able to earn a measly 2%. If he had $1 million to invest, that would provide him with an annual pretax income of $20,000 for two people to live off of.

He lived his life trying to do right by his family only to have central bankers around the world change the rules of the game on him. At 74, how is he supposed to adjust?

People who worked hard for decades now suffer so that people my age who have loaded themselves up with debt can continue consuming.

After our trip to the bank, my father and I did some brainstorming. How could we get him a reasonable (2% for a 10-year commitment is not reasonable) return on his money without taking a lot of risk?

We came up with an idea.

I would borrow money from my parents and use it as a down payment on some rental properties. My wife and I already own some rental property and are interested in adding to that portfolio. We would benefit from this arrangement, as we could safely employ some additional leverage on a rental investment. My parents would benefit from receiving a decent return and having the safety of having property as collateral.

It seemed like a good plan. Until we went looking for rental properties to buy. Housing prices up here in Canada have the effects of ZIRP written all over them. In 2008, the U.S. housing bubble popped. Up here in Canada, the housing market took a pause and roared higher.

I knew that housing prices in Vancouver were ridiculous (like 11 times median family income) and that Toronto had gotten a little nutty too. I did not realize how bad it had become out here in the middle of the Prairies.

We have horrible winters and short summers filled with mosquitoes. Reasonable housing prices are supposed to be the break we get from suffering through this.

We bought our rental property and house almost a decade ago. Back then, the price-to-value ratios were sensible. Today, they are not. After looking at a bunch of properties and crunching some numbers, I knew that the last thing I should be buying today is real estate in Canada.

I was surprised, but I shouldn’t have been. I can get a mortgage right now for 2.25%. How could property prices relative to rents not be inflated?

Up here in Canada, I don’t think that our government can raise interest rates. Our housing market would collapse if they did.

ZIRP has allowed the Canadian housing market to boom because money is essentially free. When your payments are next to nothing, you can take on a lot of debt.

Something else has boomed because money is free: oil production.

The easy money-fueled production boom has flooded the market with oil. Today’s low prices are crushing the oil and gas industry. Indeed, while most people believe horizontal drilling and multistage fracturing are the cause of the boom, that just isn’t true.

The real cause of the production boom is ZIRP.

If oil producers had been forced to live within their means, the rate of production growth would have been very different. It was taking on debt and outspending cash flows by billions and billions of dollars that allowed producers to grow production so rapidly.

Do you really think they would have been ringing up so much debt drilling wells if interest rates had been anywhere close to historical norms? The oil and gas industry is Canada’s economic engine. It is now broken, thanks to the collapse in oil prices.

I see the consequences of that oil bust every day. I can’t help but wonder whether the oil bust will be the pin that pops our housing bubble. It is certainly happening in Alberta.

Crazy-low interest rates create unsustainable behavior. We have an entire generation of families, companies and countries that believe that it is their right to live beyond their means.

My parents have had their retirement incomes crushed. I can’t buy a rental property without paying bubble prices. The oil and gas industry has suffered an epic collapse.

All of this is due to ZIRP. Everywhere I look, I see the impact of ZIRP.

I can’t help but think that we would be better off if we could swap the people who set monetary policy and run the oil and gas business for a different type of people.

He doesn’t have a college degree. He doesn’t know what a derivative is. He has never heard of velocity of money.

But he has common sense and an understanding of right and wrong.

Put him in charge of economic policy and I guarantee there wouldn’t be a massive housing bubble.

Put him in charge of an oil and gas producer and I guarantee he won’t leverage it up to the point where it couldn’t withstand one year of low oil prices.

Of course, a man like my father could never impress anyone enough to attain such positions of influence. But the steady and responsible approach that my parents applied to their finances has made a big impression on me. An approach that I’ll be sure I pass along to my children.

Now, I didn’t have the heart to mention the concept of “NIRP” to my father.

Imagine having to explain “negative interest rate policy” to him. Better he doesn’t know. Japan already has a NIRP, as do some European countries.

The Bank of Canada started talking about it last month.

Keep your eyes peeled: The war on savers continues…

It seems Mr. Druckenmiller believes that this unprecedented stretch of miniscule interest rates that the central bankers around the world have cooked up has created the potential for a major financial disaster.

Given that more than 20% of Duquesne is now invested in gold, we don’t have to use our imaginations to figure out where Druckenmiller thinks safety lies for his money today. Given his track record, him putting that much into a single position is likely something we should all be paying attention to.