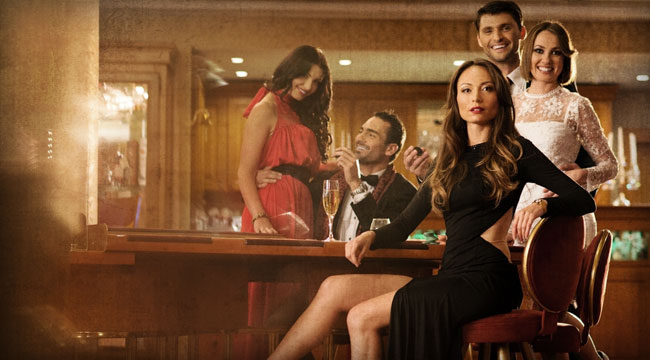 Don't Give Your Fortune to Your Children

People jacked up about income inequality can find a new hobby. The 1% are victims of a doomsday machine, and the countdown is ticking. Machine, thy name is “family.”

This came to mind as I was reading a preview of Columbia Professor Andrew Ang’s forthcoming, must-read book on Asset Management. Ang is that oxymoron, an exciting investment writer.

He talks about Cornelius Vanderbilt, the richest man in the world. Vanderbilt died in 1877 and was worth over $100 billion in today’s dollars. (The richest man in America today, Bill Gates, is worth a paltry $72 billion. If only Bill had worked a little harder he might have made something of himself.)

In 1973, when 120 of Commodore’s descendants gathered at Vanderbilt University, how many of them were millionaires? Exactly zero. In fact, Vanderbilt’s entire fortune was burned through in two (count ‘em, 2) generations.

So much for dynastic wealth.

Fittingly, there is no dynastic wealth in the United States. If there were, there would be a handful of families passing down wealth generation after generation, pulling the strings behind the scenes like Texas oil tycoons in some Oliver Stone movie. These families do not exist. Rich families are big noise for a while, then they fade out. That leather-bound copy of the Forbes 400 list you put in your library in the 1980s is now completely obsolete. How come?

The answer hit me like a cannon ball. Doh! It’s the family, stupid! All I needed to do was open my eyes and look around.

My Beloved Wife. A scene from Sex and the City comes to mind. Carrie Bradshaw has a revelation. ”These Jimmy Choo shoes cost $400 a pair, and I have at least a hundred pair. That means I’ve spent, like, $4,000 on shoes!”

My Beloved Daughter. I could buy a large yacht with what I am spending to send her to private schools, pre-K through grad. Meanwhile, her peer group imparts the solid values of the Rich Kids of Beverly Hills.

My Beloved Dog. Surely by now the vet will have built a wing onto his hospital and named it in her honor. Never before has an animal been so prone to catastrophe. The latest episode involved an attempted suicide by sugarless gum (featuring Sorbitol). Pro Tip: if you want a sure ticket to the upper class, get a goldfish.

That leather-bound copy of the Forbes 400 list you put in your library in the 1980s is now completely obsolete.

In short, everywhere I look, I am hemorrhaging money. Don’t even get me started on the Franchise Tax Board and the various taxing authorities who have me in their centrifuge. Far from leaving an estate, it is now clear that I will die in the poor house and be buried in a pauper’s grave.

When I attend meetings of the super-high-net-worth, the invariable lament is, “What are we going to do about our children?” They are right to be concerned but the sad truth is that nothing can be done. These parents are living in denial. Let’s lay out the facts of the case.

1) The men and women who earn great fortunes did not do so by volunteering as Boy Scout troop leaders and soccer moms. They work around the clock. The children are fobbed off to nannies and therapists and boarding schools. They feel unwanted and in the way. These feelings are accurate.

2) The kids are given money instead of love.

3) Showered with wealth at the starting line, what is going to drive them to succeed? Consider the case of a young man who, upon graduating from college, learned he was worth fifty million dollars. He can’t go out for drinks with his friends in quite the same way anymore, can he? He is holding back a secret. If he shares it with them, they will not understand. If he doesn’t share it with them, he is living a lie.

What’s he going to do — complain about the boss, the work, the rent? Talk about the BMW 3-series he wants? Essentially, he has lost all his friends, he just doesn’t know it yet. He probably wonders, what’s the point of doing anything?

4) Worse, imagine that Junior goes to work for the family biz, obviously a profitable concern up until now. Out of all the enterprising businessmen on the planet, what are the odds that Junior is the best-qualified to take the company to the next level, or even among, say, the top thousand candidates?

If he were that smart, his first move would be to fire himself and hire someone more qualified. This is why the stock price always jumps when the family departs the business. Everyone would be better off if Junior opened a salad bar. Instead, there’s every chance he makes a mess of the family ledger, leading to anger and resentment all around.

While it would be nice to pretend that being given a lot of money is not a disincentive to working hard for a meaningful, productive life, it is exactly that. The next generation is typically a bunch of screw ups. Within two generations the money is gone, just like the Vanderbilts.

Yes, I know some rich kids who have turned out great. That is why they are called “exceptions.” Yet will they escape the inexorable chainsaw of the family wealth destruction machine for another two enfeebling generations? They are fighting the dialectic of history. As Charlie Munger says, “When you fight the invincible foe, you will lose.”

Nobody wants to break the glass to get to the one tough-love solution that might work: cutting them off. The kids, already damaged goods, would only hate their Aged P.’s even more, while the hard-working parents do not want the aggravation or the bad press or the lawsuits. It’s easier to just write another check.

[In truth, I do have a few ideas here, which I will save for another day…]

In the meantime, we shouldn’t feel too bad about this squandering of resources. Professor Ang recounts how Goldman Sachs (the Great Satan?) lost 98% of Libya’s $1.3 billion account in nine trades in one year. By that standard, families are doing a terrific job.

Phil DeMuth
for The Daily Reckoning

Ed. Note: If you want proof Phil is onto something, look at the newest batch of billionaires and millionaires. People like Google’s Sergey Brin and Larry Page built their companies off an idea. An idea that spawned an Internet company that changed the way the world searched for information.

Now they’re each worth billions.

Cornelius Vanderbilt and other 19th century American businessmen made their money with vast corporate empires that spanned the entire country. But today’s businessmen are building technological empires that span the world. Unlike Vanderbilt, Carnegie, and Rockefeller, these new entrepreneurs want you in on the action.

In order to take advantage of as many opportunities as these entrepreneurs have to offer, sign up for the FREE Laissez Faire Today email edition, right here. Once inside, you’ll start receiving regular emails on a variety of free market topics, including several offers to discover some of the world’s most exciting profit opportunities. Don’t miss out on a single one. Sign up for Laissez Faire Today, for FREE, right here.

Phil DeMuth is a psychologist turned investment advisor to high-net-worth investors. His passion is applying academic research to investing in a way that’s simple enough for even him to understand. This has led to writing ten books (nearly all with with his pal, economist Ben Stein) on topics ranging from alternatives to dividends to retirement and low-risk strategies.