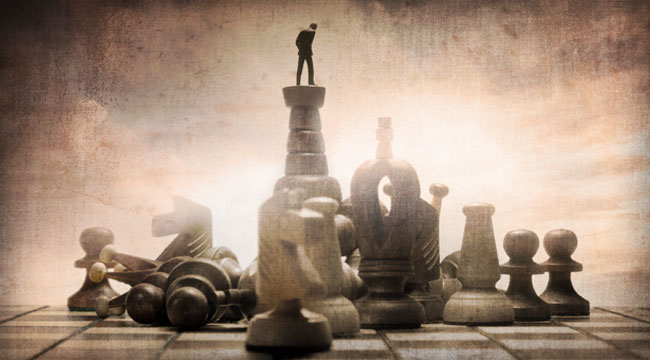 Don’t Get Caught in the U.S-China Crossfire - Game of Thrones Part II

To see part one of the piece, please select here.

China’s power ambitions go well beyond the Special Drawing Rights (SDR). They include international diplomacy, sustainable energy dominance, and becoming a focal point for alliances through Europe, Russia and the ASEAN states.

The ASEAN–China Free Trade Area (ACFTA) is a prime example of why the SDR, or world money, for China and the region is important as China expands its influence. So are new trade and financial pacts with Russia where the yuan and ruble exchange in deals without involving U.S. dollars. In addition, Russia and China are both starting to amass gold which could return as the 6th component of the SDR someday.

Jim Rickards has discussed the mechanical elements of the SDR at length, so I’ll only underscore what’s relevant to the elite power shift of this post-crisis resurrection of the SDR.

When the SDR was created as a global reserve asset, it was to supplement the international supply of gold and the U.S. dollar. Once the gold standard was demolished and countries began accumulating international reserves, there was less of a need for this global reserve asset. It lay dormant, along with the power of the IMF. But in the wake of the financial crisis, it sprang back to life as another liquidity source for member countries.  The IMF sprang back to power as well.

The SDR was initially defined relative to gold (0.888671 grams of fine gold — the equivalent of one U.S. dollar.) After the collapse of the Bretton Woods system in 1973, the SDR was redefined as a weighted basket of four currencies — the U.S. dollar, euro, Japanese yen, and pound sterling.

In 2015, when the yuan was approved, a new weighting formula was adopted. It assigns equal shares to the currency issuer’s exports plus a composite financial indicator. That means the more prevalent the currency in the world, the bigger its weight. If more Yuan are used in the world, its position in the SDR grows. In a crisis, it could take on the U.S. dollar and Euro, and by extension the Fed.

The SDR, also known as world money, held the weight of the yuan at just 10.92 percent compared to 41.73 percent for the U.S. dollar and 10.92 percent for the Euro. That’s not a bad opening gambit. The next official weights review will be held on September 30, 2021. But in a crisis, there is latitude for it to happen much sooner.

As China continues to play host to global events (Olympics, G20, etc.) it also is in pursuit of greater regional influence. With the largest economy, and now showing its capability as having a globally recognized reserve currency, China is adding another layer of strength to its position.

While the associated confidence measure will not be the death of the dollar, it indicates that the dollar is not the only option to turn to in times of panic, or increased trade or financial growth. The intrinsic power of that position attacks not only the dollar but the overall power of the U.S.

Currencies reflect both political and economic clout. Even if SDR’s themselves aren’t that voluminous yet, the shift in the make-up is meaningful. The Fed has already lost ground in the process. The IMF and PBoC have gained it. In the middle, there is an increasingly shaky, EU.

The ECB was established after the creation of the Euro in 1998 to oversee other member European central banks. It has more power than any of them because it sets rates for the EU, which dictates the cost of their money and how it flows.

Former Goldman Sachs executive and former Bank of Italy Governor, Mario Draghi is the current President of the ECB. He has followed the Fed’s policy to a letter — despite grumblings from other EU power brokers that negative interest rates have solved nothing and instead aided to the fractiousness of the EU experiment itself. In 2012, facing an acute European debt crisis, he promised, “The ECB is ready to do whatever it takes to preserve the Euro.” The Euro has fallen precipitously since.

If Draghi’s words are weak, his actions are weaker. The ECB is offering to pay banks that borrow money from it, plus, giving them 85 billion Euro each month through its ongoing QE program to purchase their debt. From a battleground standpoint, that smacks of desperation.

The ECB just announced it would give banks three years to write off bad loans — meaning they have lots of bad loans. The ECB has failed to mitigate any risk. Its alliance with the Fed hasn’t helped Draghi build his power, just retain it, and it certainly hasn’t helped the EU as a whole.

Within the wider European Area, the Bank of England, under Governor Mark Carney, retains legacy power. That power has waned though, and increasingly so since the Brexit vote. If Britain leaves the EU in more than name, then the Bank of England’s actions are less relevant to the EU. This elevates the power of the ECB and the Euro. But as noted, those are already weak to begin with.

If the Bank of England follows the course that Brexit has laid out, the SDR could see a further reduction of the pound weighting, and Euro weighting, which would push up the weighting of the yuan by sheer math. This shift is symbolic now, but power can start in that realm.

The Bank of Japan, before Governor Haruhiko Kuroda took the helm, had run-ins with the Japanese minister of finance over its negative rate policy and bond-buying programs. The Japanese stock market lies in a constant state of tension. Because the BOJ is on the same monetary policy plane as the Fed, Japan’s markets have similarly become used to monetary adrenalin shots.

Globally, this has led capital, seeking a fix in times of instability, to Japan and to the yen.

But lately Japan’s markets have also been reacting more viciously whenever the possibility of a Fed tightening hits, or lack of fresh BOJ easing measures. The alliance of the BOJ and PBoC has not been fleshed out yet, but I believe that’s only a matter of time.

Old fights might be discarded if economic or financial survival is imperiled, which is what these sharper market moves foreshadow.

Zhou understands global paradigm shifts. He’s the only Chinese person on the G30 and on the board of the BIS. He’s been the leading figure pushing the yuan into the SDR basket by slowly allowing it to float with the market, despite allegations of ongoing currency manipulation.

As China’s position has grown, so has Zhou’s voice, albeit without giving too much away. “The central bank has a clear and strong desire to improve its communication with the public and market,” he told Caixin, a major publication in China. “At the same time, it’s not easy to do a good job in communication.”

China wants to keep internal inflation down. This is why it would prefer a strong currency. This negates the charge that China is trying to devalue or manipulate the yuan for better trade profits perpetuated by Donald Trump and Hillary Clinton. This is true to a minor extent due to economic pressures, but barely.

The stronger the yuan, and the more prevalent it is globally, the more the PBoC challenges the Fed and the more control the China bloc gains over the U.S. In Chinese culture and the Game of Thrones, the Dragon symbolizes life and expansion. It’s a fitting symbol for the rising power of China and the yuan.