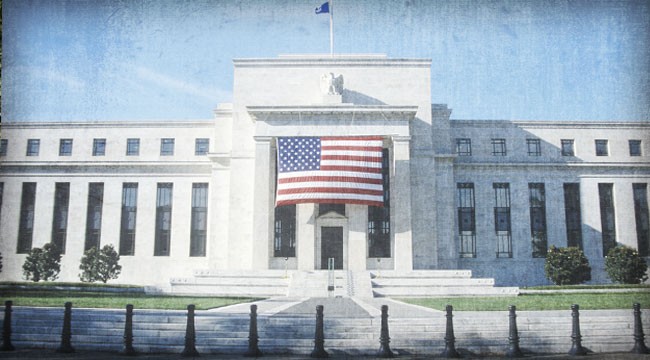 Donald Trump has the opportunity to appoint a higher percentage of the Board of Governors of the Federal Reserve system at one time than any President since Woodrow Wilson.

President Wilson signed the Federal Reserve Act during the creation of the Fed in 1913 when they had a vacant board. At that time the law said the Secretary of the Treasury and the Comptroller of the Currency were automatically on the Fed’s board of governors. But besides that, President Wilson selected all five of the other participating members.

Now, Trump has the opportunity to fill more of seats on the Fed’s board of Governors than any president since then.

Right now, there are two vacancies on the board. They’ve been there for a good portion of Obama’s Presidency. Those are two appointments that Donald Trump will get to fill. And roughly a month ago, Federal Reserve Governor Daniel Tarullo announced his intent to resign “on or around” April 5th. That gives us about 30 days away from him leaving the board. His departure would give Donald Trump a third appointment.

There is one Republican that already holds a position on the board. His name is Jay Powell and because the other Fed Governors under Obama were Democrats, he’s been alone in his sandbox at the Fed. That’s about to change.

President Trump will appoint three republicans while already having Jay Powell on the Board, which all together means four republicans at the Fed in the near future.

In other words, Donald Trump will be able to shape the Fed’s majority. His influence goes further than that, however.

Federal Reserve Chair Janet Yellen’s term is up in next January — just 9 months from now. Whoever President Trump appoints to replace her — the fourth appointment he’ll have — will be subject to Senate confirmation. Because that process takes time, that means the President will have to name Yellen’s successor around November or December.

To recap, that makes five of Trump’s people on the Board of the Federal Reserve:

– Two vacancies from the Obama administration that he’ll fill with Republicans.

– One more vacancy on the way with Fed Governor Daniel Tarullo resigning.

– A nomination to replace Janet Yellen when her term is over in January.

But it gets even more interesting…

Six months after all of that, on June 12, 2018, Federal Reserve Vice Chairman Stanley Fischer’s term ends. That marks a sixth appointment that Donald Trump will be in charge of. And it’s entirely possible that Fischer decides to leave early because of the radical changes happening around him.

By this time next month, Donald Trump could have three selections made with a republican already in place.

And if all goes accordingly, President Trump will have control of six or even seven seats on the Federal Reserve Board by the summer of 2018.

Trump will own the Fed. Meaning, whatever the president wants monetary policy to be, he’ll get.

The hard part is figuring out what President Trump wants.

During the campaign season Trump called China and other nations currency manipulators. This might signal he believes the dollar is too strong and wants it to weaken. This has caused many to believe he will appoint a lot of “doves” to the Board.

But don’t be surprised if Trump shifts his position as he has done many times and goes with a hard money board. In fact, that’s what I expect. Trump advisors include hard money advocates like Dr. Judy Shelton, David Malpass, Steve Moore, and Larry Kudlow. I expect Trump to heed their advice.

The number one candidate at the moment to eventually replace Janet Yellen is a very prominent official named Kevin Warsh.

Right now it appears as though Warsh could be the chairman in cooperation with the White House in order to fill those seats. Warsh believed that the Federal Reserve should have raised interest rates a long time ago. This is the revolution in terms of personnel, but that’s not a revolution in terms of policy, because it seems Warsh would keep the Fed on the same track.

The discussion now is whether Warsh would be first appointed to the board in order to eventually be Chairman. If that happens, Wash will be a “Chairman-in-waiting” and Yellen will be a lame duck months before her term officially expires. There is much speculation about whoever the next Board Chairman might be and what influence they might have over the vacant seats. The concern is that whoever eventual Fed Chairman nominee is, they will likely have the desire to fill the other vacancies with people they agree with and select.

I’m expecting that things will play out as described. But I need to be clear that none of this is guaranteed. This is the best scenario I can foresee right now with the information given — an application of Bayesian inference. The point is, you form the best hypothesis based on the best information you have and then you update based on conditions.  You have to be willing to update given new information.

Right now, in March 2017, my expectation is that Kevin Warsh will be the next chairman. He’ll have a big voice in filling the other vacant seats. These will be hard money, strong dollar people. Contrary to a lot of expectations.

They are going to continue on a tightening path, maybe even faster than Yellen now plans. Stock markets aren’t priced for that outcome. They may fall sharply when that reality sinks in.. Once better information arrives we’ll update.

What all this means for the market is that there are headwinds for stocks. The Federal Reserve is going to attempt to normalize. The question is, can they do that without causing the recession that they are preparing to cure?

I’m very doubtful that anybody, even Kevin Warsh, who is brilliant, could actually pull that move off.

But they are going to try.