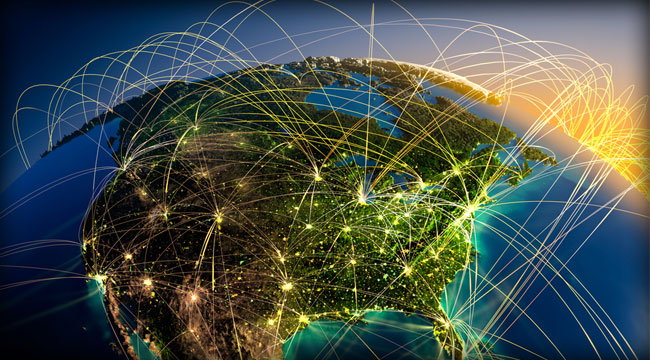 Transformative change happens when industries democratize, when they’re ripped from the sole domain of companies, governments, and other institutions and handed over to regular folks.

We’ve seen this picture before: it’s what happens just before monolithic industries fragment in the face of countless small entrants, from the music industry to newspapers. Lower the barriers to entry and the crowd pours in.

That’s the power of democratization: it puts tools in the hands of those who know best how to use them. We all have our own needs, our own expertise, our own ideas. If we are all empowered to use tools to meet those needs, or modify them with our own ideas, we will collectively find the full range of what a tool can do.

The Internet democratized publishing, broadcasting, and communications, and the consequence was a massive increase in the range of both participation and participants in everything digital — the Long Tail of bits.

Now the same is happening to manufacturing — the Long Tail of things.

My first book, The Long Tail, was about exactly this — the shift in culture toward niche goods — but mostly in the digital world. For most of the past century, the natural variation and choice in products such as music, movies, and books have been hidden by the limited “carrying capacity” of the traditional distribution systems of physical stores, broadcast channels, and megaplex movie theaters. But once these products were available online in digital marketplaces with unlimited “shelf space,” for lack of a better phrase, demand followed: the monopoly of the blockbuster was over. The mass market in culture has turned into a Long Tail of micro-markets, as any contact with a teenager these days will confirm (we’re all indie now!).

In short: our species turns out to be a lot more diverse than our twentieth-century markets reflected. The limited store selection our youth reflected the economic demands of retail of the day, not the true range of human taste. We are all different, with different wants and needs, and the Internet now has a place for all of them in the way that physical markets did not.

That was not exclusively digital, of course. The Internet also lengthened the tails of physical product markets for consumers. But it did so by revolutionizing distribution, not production.

For physical goods, the twentieth-century limits to choice were based on three distribution bottlenecks — you could only buy things that passed all the three tests:

As Amazon showed, the Web could help with the latter two, right out of the gate.

First, Amazon and others who used centralized distribution warehouses and, later, distributed warehousing in the form of listings for third-party merchants who handle all the fulfillment, meant that they could list many more products than any physical retailer could carry. (Like the original catalog retailers, but without the limited pages of a paper catalog sent through the mail.)

Second, the shift to search as a discovery mechanism meant that people could find products that were not necessarily popular enough to promote the usual way in bricks-and-mortar retail.

Meanwhile, eBay did the same thing for used goods, countless specialist Web retailers emerged, and eventually Google aggregated them all into the ultimate way to find anything. Today the Web has already surfaced a Long Tail of products to rival the tail of digital ones. Bottlenecks 2 and 3 are largely removed.

What about the first bottleneck — making more variety in the first place? Well, the Web helped some there, too. Its ability to tap “diffuse demand” (which is to say, products that aren’t popular enough in any one place to carry in physical stores, but make sense when you can aggregate demand from around the world) meant that manufacturers could find markets for goods that otherwise would fail the test of traditional distribution. So more niche products were made, because they could find sufficient demand in selling to a global market online.

But that was just the start. Remember that the real Web revolution was not that we could just buy more stuff with greater choice, but make our own stuff that others could consume. The spread of digital cameras meant an explosion of videos that YouTube could distribute, and digital desktop tools did the same for music, publishing, and software creation. Anybody could make anything, given enough talent. Access to powerful tools and a means of distribution was no longer a barrier to participation. If you had talent and drive, you could find an audience, even if you didn’t work for the right company or have the right degree.

In the Web case, the “stuff” was and is mostly creativity and expression in digital form: words, pictures, videos, and the like. It doesn’t compete with commercial goods for money, but does compete for time. A blog may not be a book, but at the end of the day, it’s just another way to entertain and inform. The greatest change of the past decade has been the shift in time people spend consuming amateur content instead of professional content. The rise of Facebook, Tumblr, Pinterest, and all the others like them is nothing less than a massive attention shift from the commercial content companies of the twentieth-century to the amateur content companies of the twenty-first.

Now the same is happening with physical goods. The 3-D printers and other desktop prototyping tools are the equivalent of the cameras and music editing tools. The allow anyone to create one-offs for their own use. As Rufus Gricsom, a Web entrepreneur who founded Babble.com, puts it, “this is the Renaissance of Diletantism.”

At the same time, the world’s factories are opening up, offering Web-based manufacturing as an on-demand service to anyone with a digital design and a credit card. They allow a whole new class of creators to go into production, turning their prototype into a product, without having to build their own factories or even have companies themselves. Manufacturing has now become just another “cloud service” that you can access from Web browsers, using a tiny amount of vast industrial infrastructure as and when you need it. Somebody else runs these factories; we just access them when we need them, much as we can access the huge server farms of Google or Apple to store our photos or process our e-mail.

Such open supply chains are the mirror of Web publishing and e-commerce a decade ago. The Web, from Amazon to eBay, revealed a Long Tail of demand for niche physical goods; now the democratized tools of production are enabling a Long Tail of supply, too.

Chris Anderson
for The Daily Reckoning
Excerpted from the book Makers: The New Industrial Revolution, which you can purchase, here.

Ed. Note: This essay was featured prominently in the Daily Reckoning email edition, which offers a more in-depth analysis of the ideas and themes we feature in our interactive website. Sign up for free, right here, to start getting the full story, sent straight to your inbox every day around 4PM.