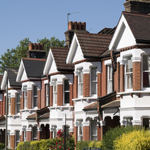 Not every banker succumbed to the insanity of the housing bubble. Some saw what was happening and dodged it. These are the guys you want to stick with as an investor.

Marc Stefanski is one of them. He is the CEO of Third Federal Savings & Loan (TFSL on the Nasdaq). It is a Cleveland-based thrift founded by Marc’s parents in 1938.

“We were founded during the Great Depression,” Stefanski wrote in a letter in 2009, “so my parents built our company to be Depression-proof.” And so it is. Today, TFSL is one of the best-capitalized banks in the US. (More on that below.) But TFSL had to walk a lonely road to get here.

Stefanski’s bank pays its loan officers no commissions. They are paid salaries only. Hence, there is no pressure to make loans. His bank also keeps most of the loans it makes. So there is no slicing and dicing of mortgages and passing them off to investors. And finally, TFSL did not make no-money-down loans. It stuck to plain vanilla loans even as competitors offered snazzy new takes on the old mortgage loan. TFSL began making adjustable-rate mortgages only in 2010. It avoided all the junk that went into making the financial sausages that wound up giving the banking system such indigestion.

But it was costly. TFSL had a market share of 30% in northeastern Ohio. Its refusal to play ball meant that its market share dwindled to 11% by 2001. How many CEOs could survive such a decision?

Yet today, TFSL has worked its market share back up to 24%. It has done so because it has lots of capital while many of its peers have leaky loan books. It is still sticking to its conservative approach. For instance, for more-risky borrowers, TFSL requires borrowers take classes that show how their loans will work and what the consequences are of not paying. Such strategies have earned TFSL praise from community activists.

Stefanski is blunt about it all. “The whole system was based on raping the public,” he says in a New York Times article. “Not everyone should own a home — just those who can afford it.”

There is an old saying that there are more banks than bankers. Most of the people running banks have no business doing so. Banking as a corporate art requires a careful approach and a willingness to stick to conservative principles even during the good times. Stefanski has earned the title of banker in the best sense.

His institution is, as I noted, one of the best-capitalized banks in the US. It never took TARP money or any other handout. TFSL today has capital ratios far in excess of what’s required. For example, the rules require Tier 1 capital of at least 6% of assets for a thrift to be considered “well capitalized.” TFSL’s figure is 21%. It has enough excess capital to buy back all of the public shares outstanding at today’s price of $9.50 per share.

Ironically, TFSL works under a memorandum of understanding (MOU) issued in June 2010 by the OCC, which regulates TFSL. Among other things, the OCC said TFSL’s percentage of home equity lines was too high. What this meant was that TFSL cannot pay a dividend or buy back stock until the OCC lifts the MOU.

It’s a weird tale, but the short of it is that TFSL has now met the requirements of the MOU. Now TFSL is just in a waiting game. I expect the OCC will lift the MOU by the end of the year. Then TFSL should start to pay dividends and buy back shares as it did before. That is a nice catalyst for the stock, which was $12-$13 per share before the MOU.

There is another important part of this to know: TFSL is owned by a mutual holding company (MHC). There are about 81 million shares public. But there are 227 million shares in the hands of the MHC. The usual course of these things is to undergo a “second-step conversion.” The second step sells the MHC shares to the public. If done at 80% of book value, TFSL would raise $2.3 billion in cash — all of which goes to the bank. Add this cash — net of estimated friction costs of 12% — to the existing equity in the business and TFSL’s fully converted book value comes to about $12.50 per share. The stock as I write is only $9.50. While there are no plans for a second step, it’s another embedded catalyst in the shares.

At today’s price, you get a thrift with an awful lot of capital to buy back stock and/or pay a big dividend. Once the OCC lifts the MOU, I believe TFSL will start to do both of these things — and because it trades for under fully converted book, these transactions are accretive (read: value-adding) for shareholders.

I should tell you, as an aside, that I love converted thrifts. Carefully chosen, they are cash-rich, trouble-free and simple lending institutions. And they have a long history of producing winners for patient investors. I have about 40% of my personal account in just such cash-rich thrifts.

And in my Mayer’s Special Situations newsletter, I have recommended five such thrifts. I recommended three of them in January 2011, and they are up 20% or more. The two I recommended last summer are also up double digits. Slow, but steady. I’ve never lost money on a single one.

Back to TFSL. I did not formally add it the portfolio of my investment letter, Capital & Crisis. But I do believe this stick is a solid idea and that it clearly illustrates the kind of banking institution that investors should seek to own.

If US housing has bottomed and will only improve, as I believe is the case, so too should the stocks of cash-rich banks, especially those that sidestepped the worst of the housing bubble — such as Stefanski’s TFSL.