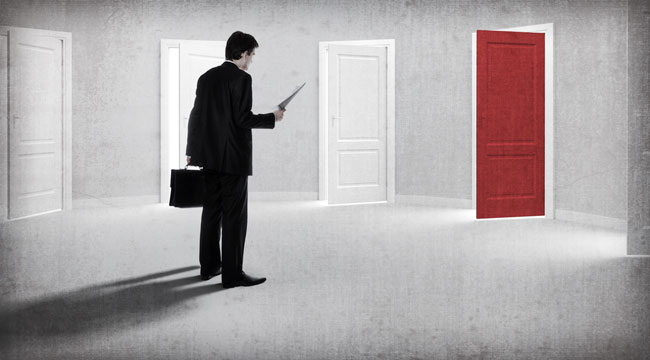 Delusions About the Origin of an Economic Recovery

As the dust settles in the iron ore and copper markets let’s take a step back and assess the damage.

Both metals are heavily involved in China’s credit bubble. That is, traders, speculators and whoever else wanted in on the action would effectively ‘monetize’ their copper/iron ore holdings and then speculate with the proceeds.

In the past few weeks, it’s become clear that the Chinese authorities wanted to put an end to this destabilising speculation. They kicked things off by engineering a sell-off in the yuan against the dollar. That’s because a favourite trade amongst the speculators was to make a derivatives based, leveraged bet on the yuan continuing to appreciate against the greenback. It was easy money.

The world has gone seriously insane thinking the current ‘recovery’ is anything more than another attempt at debt fuelled growth.

Until the authorities put a stop to it, that is. Their actions spooked the market a little and inflicted some losses. Next up came the country’s first corporate bond default, which was another warning to speculators. On top of that, the recently released government report to the Chinese parliament made numerous mentions of curbing excess capacity in the steel sector. This was a warning shot to the iron ore stockpilers.

Combined, these events seemed to dawn on everybody around the same time, which is why you’ve seen big price falls in both copper and iron ore over the past week. Liquidations tend to be short and sharp, so for the moment you can probably expect a bit of calm in these markets.

But the question now becomes, what is the underlying demand for these metals? The answer is, less than it used to be. After five years of unprecedented credit growth, we can safely say that past performance is no guide to the future.

With the market being in a bullish mood, no doubt it will brush aside these China worries and put it down to a few speculators being taught a lesson. As in: speculation over, mess cleaned up, let’s carry on.

In our view, this is the start of the unwinding of the massive China credit bubble. The authorities will heroically try to contain it, and they might have early success. But once the snowball starts gathering momentum it will become increasingly difficult to stop.

It’s not just China with a credit/debt bubble problem though. The world has gone seriously insane thinking the current ‘recovery’ is anything more than another attempt at debt fuelled growth.

According to a recent report by the Bank for International Settlements (BIS), from mid-2007 to mid-2013, global debt levels have soared 40% to $100 trillion. That’s an increase of $30 trillion, much of which is government debt.

So let’s get this straight. After enduring the worst financial and economic conditions since the Great Depression because of a bursting private debt bubble, we’ve gone and increased our borrowings by 40% to try to engineer a recovery. Are we serious?

This massive injection of ‘money’ (because government debt is effectively spent into the global economy as it’s created) hasn’t even led to above trend economic growth. But it has caused a few rolling crises and increasing social tensions. Well done!

But it gets even better. The BIS report also points out that the value of global equities declined by $3.86 trillion to $53.8 trillion over the same time frame. Equity represents unencumbered wealth, whereas debt is just an obligation to someone else. The fact that equity has gone backwards since mid-2007 gives you some indication about the success of this ‘recovery’. We’re not creating wealth, we’re just creating transitory debt-fuelled gains.

With equity falling and debt exploding higher, the global economy is now even more highly leveraged than before. In fact, according to the numbers from the BIS, the world’s ‘gearing’ levels have gone from 121% in mid-2007 to 185% by mid-2013.

No wonder equity prices are doing so well following the wipeout from the last debt bubble fiasco. They’re benefiting from a massive increase in leverage. If you’re confused by this, consider that ‘equity’ is the base that leverage works its magic on.

In other words, a small amount of growth can translate into good equity gains in a highly leveraged economy. That’s exactly what’s happening now. Phenomenal government debt growth is fuelling economic growth which is leveraging gains to global stock markets.

It all feels pretty good, doesn’t it? But don’t think about it too much, you might get a little nervous. How long can it last? As long as we have faith in government paper, it can continue. But if governments go on spending like they have been, that confidence will slowly diminish. That’s why they’re making noises about restraining spending and bringing interest rates back to ‘normal’.

But this can’t happen without growth slowing back down to unacceptable levels. Slower to stagnant growth in a highly leveraged economy will start to impact equity values in a negative manner. An outright recession would have a devastating effect on equity value, which is why the economy’s ‘managers’ will do everything to avoid it.

In short, we’re at the end of the current debt-dependent system’s timeline. Unbelievably, we’ve managed to stretch it out for another five years by cashing in on the credibility of governments around the world and spending their future incomes.

As far as we can tell, they don’t have much credibility left. In the next few years that will become painfully apparent. Ructions in China’s credit markets might be the catalyst for the next debt crisis. Because if China slows, the US in particular will have to fill the void. Which means more debt based spending.

That might just be the straw that breaks the camel’s back.

Ed. Note: As long as the promise of economic growth spurs the expansion of debt and credit, you can bet that the world’s governments (specifically the US) will never slow down the printing presses. The question is, how do you insulate your wealth from a sudden collapse of financial system based solely on “funny money”? That’s where readers of The Daily Reckoning have a leg-up. Every day, they’re given unique opportunities to safeguard and grow their wealth, no matter what the idiots in Washington do. Sign up for The Daily Reckoning, for FREE, right here to see what you’re missing.