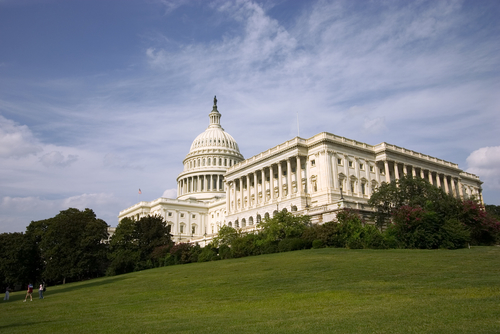 Deliver Us from Bipartisanship

“Non nobis solum nati sumus. (Not for ourselves alone are we born.)” — Marcus Tullius Cicero

No longer will we be forced to endure the words “fiscal cliff” at every turn. No more will Fellow Reckoners be subjected to pointless speculation as to what might happen if we careen over said cliff. The phrase itself has been stricken from the English lexicon and, henceforth, anyone uttering the two words in tandem shall be banished from the intellectual landscape. Huzzah!

Despite an “11th hour” deal (which was quickly passed by both the Senate and then the House), it seems — at least for the immediate future — we are stuck with the term. Concerns over “what happens next” will no doubt encourage talking heads in the media to keep mentioning it and, though we’ll do our absolute best to avoid it, it’s possible the term will make an appearance in these pages as well, from time to time.

Of course, before this unfortunate collocation elbowed its way onto the nightly news, a different, decidedly more accurate phrase could be heard circling the airwaves. It describes the astoundingly offensive bipartisanship success that helped create the term “fiscal cliff” in the first place…long before the gasbagging politicos professed the audacity to try and disappear it. We are referring, of course, to the government’s longstanding policy of “kick the can.”

For the last decade, the US has played a dangerous game with its finances. To name but a few items on the government’s expense sheet: funding two (official) wars, bailing out its biggest banks and industries and continuing to “operate” an already bankrupt Social Security system. Its policies have created the largest debtor nation the world has ever seen…and have burdened an entire generation with an unbearable yoke of unfunded liabilities. Add to that the burden of student loan payments (to be repaid by a constituency that has a roughly 20% unemployment rate), and the solution seems almost unfathomable. Dan Amoss expressed as much in his essay “The Student Loan Time Bomb” back in November of last year.

“The default rate is horrendous,” Dan wrote, “and it’s only going to get worse. These are uncollateralized loans, so losses given default will be orders of magnitude higher than losses on subprime mortgages; in subprime, losses were mitigated by the value of housing collateral.”

It’s sad. And shameful. And it is, at least in part, owing to an overall sense that “more is better,” a misnomer that seems to resonate with the entire populace. Our reckoner-in-chief, Bill Bonner, began expanding on the concept late last year while compiling his thoughts for an upcoming book.

“The most-important single feature of modern economies is growth,” Bill observed. “Without it, neither businesses, households nor governments can pay their bills. Without it, pension funds…private and public…go broke.”

Bill expounded on this point in his essay  “Too Much of a Good Thing.” And so, as we continue our look back on 2012 — and how it was we that approached that now-infamous precipice — we’re proud to feature Bill’s essay, along with Dan’s “Student Loan Time Bomb”, in today’s Daily Reckoning Best of 2012 Series. Enjoy!

Greg Kadajski
for The Daily Reckoning