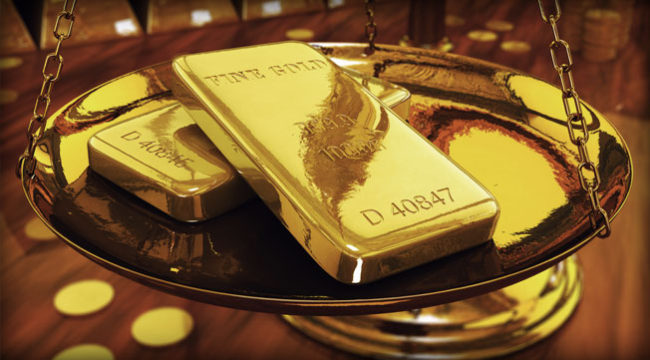 As we said yesterday, fed futures are now flashing a 78% chance of a hike — up from 60% pre- announcement.

Higher interest rates should equal a stronger dollar. Which in turn equals lower gold. So is gold in for a good walloping if the Fed raises next month?

Don’t count on it. Not if history has a say…

Gold even managed a 118% run in the two years after the Fed began its series of rate hikes in the late 1970s, notes Truewealth.

Its final verdict: “The correlation between gold prices and the federal funds rate is weak.”

Now there’s a slap across the face of conventional wisdom. And — and — that correlation might even be negative. At least since 1986…

Adrian Ash is an old Daily Reckoning hand. He’s presently captain of the research desk at BullionVault. And if you can believe it, he says gold usually rises on rate hikes:

Gold prices rose more often on Fed interest-rate hikes than on cuts for the last 30 years.

More: “Longer term, in fact, a rate rise has also been followed by much stronger gold gains than a cut, and more frequently too.” Another slap across the kisser.

What the deuce explains it? Adrian says it’s all about… anticipation:

“Both short and long term, it looks to be anticipation — first of the Fed decision itself, but more deeply of inflation.”

Here he puts some meat on the bones:

Selling in advance works to depress gold prices before the Fed makes its announcement (just like buying before a rate cut pushes it higher). And brought forward in time, this self-fulfillment cracks open a gap between what intuition says gold should do when the Fed raises (or cuts) and what actually happens after the fact.

It’s the yap about a hike… not the hike itself.

Adrian mentions inflation expectations. And here’s where it gets interesting:

When the Fed raises rates, all other things equal, it’s because the central bank smells inflation ahead… gold’s strong 2016 gains to date show a sniff of inflation, at least amongst professional investors and traders.

We’ve been squeaking lately about the possible of inflation ahead. Just a rumor now, there are straws in the wind…

Oil’s creeping higher. So are health care costs. Key indicators are showing the all-important service sector is building steam. That bit’s got Business Insider hollering today that “Inflation is here and the most important part of the U.S. economy just proved it.”

Famous hedge fund manager Paul Singer must be reading the same news: “This may seem like a strange thing to worry about under the current circumstances, but the tide toward inflation could turn rather abruptly.”

This Singer fellow must also be reading Jim Rickards. Inflation’s lain dormant for years. But it can spark a fire when least expected, says Jim. Then it can spread. Fast:

Auntie Janet’s been gumming about the virtues of a “high-pressure economy” lately. That’s where she lets inflation jump ahead of her precious 2% target. It might boost growth, she says.

But as Jim hints above, Yellen plays with matches. She just wants a cozy little fire to thaw the economic spirits.

But if she’s not careful, she could end up burning down the house.