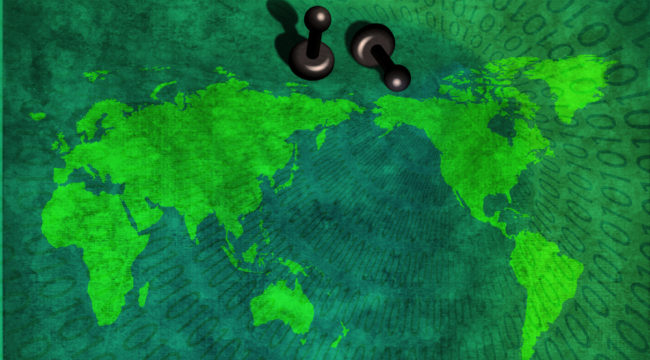 A Decade of Central Bank Collusion and Counting

Since late 2007, the Federal Reserve has embarked on grand-scale collusion with other G-7 central banks to manufacture a massive amount of money. The scope and degree of this collusion are historically unprecedented and by admission of the perpetrators, unconventional in approach, and – depending on the speech – ineffective.

Central bank efforts to provide liquidity to the private banking system have been delivered amidst a plethora of grandiose phrases like “unlimited” and “by all means necessary.” Central bankers have played a game with no defined goalposts, no clock rundown, no max scores, and no true end in sight.

At the Fed’s instigation, central bankers built policy on the fly. Their science experiment morphed into something even Dr. Frankenstein couldn’t have imagined. Confidence in the Fed and the U.S. dollar (as well as in other major central banks globally) has dropped considerably, even as this exercise remains in motion, and even though central bankers have tactiltly admitted that their money creation scheme was largely a bust, though not in any one official statement.

Cracks in the Facade

On July 31, 2017, Stanley Fischer, vice chairman of the Fed, delivered a speech in Rio de Janeiro, Brazil. There, he addressed the phenomenon of low interest rates worldwide.

Fischer admitted that “the effects of quantitative easing in the United States and abroad” are suppressing rates. He also said there was “a heightened demand for safe assets affecting yields on advanced-economy government securities.” (Actually, there’s been heighted demand for junky assets, as well, which has manifested in a bi-polarity of saver vs. speculator preference.) What Fischer meant was that investors are realizing that low rates since 2008 haven’t fueled real growth, just asset bubbles.

Remember, Fischer is the Fed’s No. 2 man. He was also a professor to former Fed Chair Ben Bernanke and current European Central Bank President Mario Draghi. Both have considered him to be a major influence in their economic outlook.

The “Big Three” central banks — the Fed, the European Central Bank and the Bank of Japan — have collectively held rates at a zero percent on average since the global financial crisis began. For nearly a decade, central banks have been batting about tens of trillions of dollars to do so.

They have fueled bubbles. They have amassed assets on their books worth nearly $14 trillion. That’s money not serving any productive, real-economy purpose – because it happens to be in lock-down.

In his speech, Fischer channeled Bernanke, Yellen and other major central bank leaders who, having been so enthusiastic about the possibilities, later intimated that low rates and massive asset buying and/or holding programs alone aren’t enough to stimulate economic growth. Which begs the question, why they’ve continued for so long.

As this policy was propagated by the Fed, Fischer essentially admitted that the Fed caused low interest rates globally while failing to achieve the growth it promised.

With a decade of failed policy experiments behind us, why should we have faith that the Fed — or any other central bank — has any clue about what to do next? The answer is simple. We shouldn’t.

“It took almost 80 years after 1930 to have another financial crisis that could have been of that magnitude. And now after 10 years everybody wants to go back to a status quo before the great financial crisis. And I find that really, extremely dangerous and extremely shortsighted. One can understand the political dynamics of this but one cannot understand why grown, intelligent people reach the conclusion that [you should] get rid of all the things you have put in place in the last 10 years.”

In other words, why should we hope that a 10-year global “solution” to instill long-term financial stability and economic growth, even as it’s been repeatedly touted as such, should do what central bankers said it will? The answer again is, we shouldn’t.

The Central Bank Winners and Losers

Since the global financial crisis, the biggest G7 winners have been the Big Six US banks that profited from access to cheap money. They benefitted from central bank purchases of their securities that exaggerated the value of the remaining securities on their books. They used “printed” or electronically crafted money to stockpile cash and fund buybacks of their own shares and pay themselves dividends on those shares. By producing and distributing artificial money, central bankers distorted reality in global markets. Multi-national banks were co-conspirators in that maneuver.

After the Big Six banks passed their latest round of stress tests, they began buying even more of their own shares back. The move elevated their stock prices further. The largest U.S. bank, JP Morgan Chase, announced its most ambitious program to buy back its own shares since the 2008 crisis, $19.4 billion worth. Citigroup followed suit with a $15.6 billion buy-bank plan.

The Fed’s all-clear was just another version of quantitative easing (QE) for banks. Instead of buying bonds via QE programs, the Fed greenlighted banks to further speculate in their own stocks, creating more artificiality in the level of the stock market. In all, US banks have disclosed plans to buy back $92.8 billion of their own stock to say thank you to the Fed for the “A.” That was piling on to their existing trend; according to S&P Dow Jones Indices, “Stock repurchases by financial companies in the S&P 500 rose 10.2% in the first quarter [of 2017] and accounted for 22.2% of all buybacks.”

More ominous than that was another clear sign that a decade of money-conjuring collusion helped the same banks that caused the last crisis. Proof came in the form of a letter to the U.S. Senate banking committee from Thomas Hoenig, the vice-chairman of the U.S. Federal Deposit Insurance Corp. (FDIC), the government agency in charge of guaranteeing people’s deposits. He wrote that in 2017, U.S. banks used 99% of their netearnings toward purchases of their own stock and paying dividends to shareholders (including themselves).

They thus legally manipulated markets in plain sight by pushing their own share prices up with cheap money availed to them by the central bank that is supposed to regulate them.

As of this year, global debt levels stood at 325% GDP, or about $217 trillion. The $14 trillion of assets the G-3 central banks held on their books is equivalent to a staggering 17% of all global GDP. The European Central Bank (ECB), Bank of Japan (BOJ) and Bank of England are still buying collectively $200 billion worth of assets per month.

In the wake of that buying, noncash instruments — crypto currencies and hard assets like gold, unrelated to the main G-7 monetary system — have become increasingly attractive on the fear that in another major downturn or crisis, central banks and private banks will retract cash and liquidity from their customers.

In that likely event, banks will protect themselves and turn to governments and central banks again. In the absence of some sort of outside central bank benchmark, like a modern gold standard or use of currency basket benchmarks like the IMF’s Special Drawing Rights (SDR), currency wars will continue to be fought.

With rates hovering between zero and negative in some countries, there would be little to no room to maneuver in the face of another crisis. Thus — another thing has become increasingly clear: Central bankers have demonstrated gross negligence regarding the consequences of their monetarily omnipotent actions.

If rates were to rise higher in the US (and I don’t think we’re in for more than another 25 basis points, this year which is under last year’s Fed forecast) so would the cost of servicing that debt. That would hurt companies domestically and abroad, iinduce more defaults and a rush by the banks involved in derivatives associated with that debt to concoct more toxic assets. The vicious cycle of central bank bailouts would reverberate again.

Savers and pensioners are getting close to no interest on their nest eggs. Depositors are paying banks to house their money through fees that offset negligible interest. Small businesses have to jump through hoops to get loans for expansion purposes. Wages are stagnant. Ultimately, big banks had played the system — and us — again, this time with central banks helping to fund them. The threat of an even larger collapse looms as stock markets and global debt have been propelled higher.

Jackson Hole offered a different spin on the same old verbiage, indicating that a bit of nipping here, means a lot of tucking somewhere else. Janet Yellen took what could be her last hoorah to craft her legacy as potential Fed Chair nominee and current Trump National Economic Council Director, Gary Cohn, awaits his possible turn. And if it’s not him, it’ll remain her, or someone else that will perpetuate more of the same policies.

While speaking to the monetary policy glitterati at central bank base-camp, Yellen declared any dialing back of regulatory reform measures for banks should be “modest.” She said, “The evidence shows that reforms since the crisis have made the financial system substantially safer.” There was no mention of the unprecedented decade of easy money bolstering the financial system – that makes it appear – solvent.

For all the cheap cash offered up, much at the expense of taxpayers who will bear the burden of the associated debt this enabled, and the bank fraud it plastered over, it will be ordinary citizens who will pay the price – yet again.  In the era of money fabrication and monetary policy collusion, a decade of ongoing “emergency” procedure spells an eventual recipe for disaster.

Big US banks are bigger than before the crisis. They float atop a life-raft, among other things, of $4.5 trillion Fed asset book, as part of a total $14 trillion G7 central bank asset book. Yellen’s speech was code for preserving the status quo and central bank elasticity high. As for Cohn’s sentiment on the matter? Well, he feels the same. So does Trump. So did Obama.

Take the composite of all that and what are you left with? Ongoing G7 central bank monetary policy collusion, zero percent interest rates globally, unlimited QE potential, and major asset bubbles.