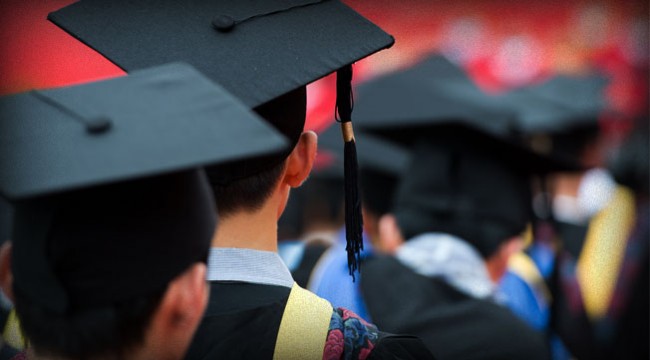 Debunking the Myth of “Good Debt”

That much we knew.

But what’s worse, according to the Economic Policy Institute, is that the class of 2013 will continue to earn less over the next 10-15 years.

Brad Plumer recently wrote in The Washington Post that student loan debt “is dragging down the U.S. economy.” Plumer cites a report from the New York Fed that says student loan debt has ballooned during the last decade. “Some 43% of Americans under the age of 25 had student debt in 2012,” he writes, “with the average debt burden now $20,326. By contrast, back in 2003, just 25% of younger Americans had debt, and the average burden was $10,649.”

What’s more interesting, the data also show that students with debt are less likely to have home mortgages and car loans. The Fed researchers think that students are either unwilling to take on more debt, bankers are unwilling to lend to them or that young people are simply less inclined to buy cars and houses.

Whatever the reason — and it’s probably some combination of all three — young people aren’t loading up on the “American dream” anymore, and this has some people troubled.

Unlike previous generations, the Millennial and Generation Y groups apparently don’t feel as strong a need to own a house or a new set of wheels. And that may come from a fundamental difference in how young people interact with each other.

For instance, entire relationships can now be carried out online. You can hang out on Google or Skype, or simply use a smartphone to stay connected. In other words, no more need to meet at the mall.

As for homeownership, the idea that housing values always go up has been blown up. Owning a home (and assuming the associated debt) is like a ball and chain constricting one’s opportunities — some of which may come from halfway around the world.

That said, nine out of 10 Millennials say they do eventually want to own a home. But those homes may not be the suburban McMansions that currently stretch from sea to shining sea. No, this generation would rather walk to Starbucks than burn the fuel required to get their fuel.

Right now, about half of a typical family’s spending goes to housing and transportation. And during the boom, the percentage of the budget for a roof and wheels was even greater. But the world has changed.

Derek Thompson and Jordan Weissmann write in The Atlantic:

“The largest generation in American history might never spend as lavishly as its parents did — nor on the same things. Since the end of World War II, new cars and suburban houses have powered the world’s largest economy and propelled our most impressive recoveries. Millennials may have lost interest in both.”

For evidence, we need only look at the success of Zipcar. Why spend 30 grand on a car that sits idle 23 hours a day? Just borrow cars as needed.

“Zipcar conducted a survey of Millennials,” Mark Norman, Zipcar’s president and COO, told Thompson and Weissmann. “And this generation said, ‘We don’t care about owning a car.’ Cars used to be what people aspired to own. Now it’s the smartphone.”

Mr. Thompson writes that this is all OK. In fact, those under 25 years of age have less total debt now than they have had in years. Maybe they have more student debt, but lower credit card and mortgage debt totals more than make up for it.

And the good news, according to Thompson, is that “higher education is a much safer investment” than cars and houses. He says college has never been so important, citing the high premium that college grads command in the workplace — a stat that has tripled in recent years.

The share of the 18-24-year-old crowd enrolled in school is at a new record, and Thompson thinks that’s great. After all, with youth unemployment high, what’s the opportunity cost of staying in school to get that extra degree? Not much. They wouldn’t be buying homes or cars right now anyway.

Having a well-educated workforce may be a drain in the short term, but a boon to the economy in the long term, according to Thompson.

Unfortunately, Thompson makes the same mistake many do in thinking that more education means a higher-earning workforce. And that has been largely based on this assumption: Earn the degrees and the jobs will appear. The first section of my book, The Failure of Common Knowledge, is devoted to exposing this fallacy.

This debt-fueled bubble has led to increased demand, as Thompson mentions. But the quality of the product has deteriorated. U.S. News & World Report tells us that Richard Arum and Josipa Roksa in their book Academically Adrift: Limited Learning on College Campuses point out that “Forty-five percent of students make no gains in their critical reasoning and thinking skill, as well as writing ability, after two years in college… More than one out of three college seniors were no better at writing and thinking than they were when they first arrived at their campuses.”

A fresh CNBC article echoed the same concerns. “A survey of 500 hiring managers by recruitment firm Adecco found that a majority — 66% — believe new college graduates are not prepared for the workforce after leaving college.”

Most importantly, the hundreds of thousands of graduates with, for instance, business administration degrees are looking for jobs that just aren’t there, post-financial crash. Municipal and state governments are having to shrink.

So where do these graduates go for work? Well, as the saying goes, the world needs plenty of bartenders. An estimated 80,000 bartenders — and over 300,000 waiters and waitresses — have college degrees. But by 2016, the job market for college graduates may look a little different.

According to the Bureau of Labor Statistics, these will be the five fastest-growing jobs by 2016:

Case in point, these jobs — as well as many in the top 30 — require only an associate degree, certificate program, or high school diploma. So for the vast majority of young people, it makes no sense to spend four-six years getting a fancy piece of paper when there are shortcuts aplenty out there.

In a piece for The Wall Street Journal, Jeffrey Selingo — author of the new book College (Un)Bound: The Future of Higher Education and What It Means for Students — points out that a person with a two-year degree in Tennessee makes, on average, $1,000 more in his or her first year on the job than someone with a bachelor’s degree. And in Virginia, that number can be upward of $20,000 more.

The point is while sensible young people are shying away from expensive cars and homes, they should also be just as prudent when approaching their education. A four-year degree is not a ticket to paradise — just fun times and plenty of hangovers with a little education seeping in by accident. Thousands of dollars of student debt makes the college hangover last years longer, creating headaches that never go away.

The American dream that saw houses and college degrees as the world’s surest investments is over. It’s time students and their parents realized it.