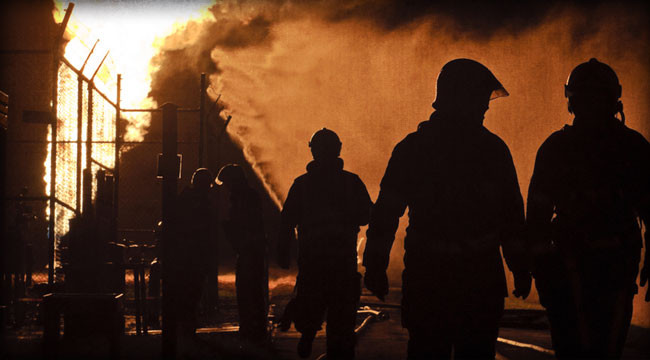 Deadly Cyberattacks Highlight the Need for a Cybersecurity Upgrade

Here’s what an eyewitness — one of the few survivors — stated in the official report of the catastrophe:

“I was standing upstairs when I heard some sort of growing noise. Then I saw the corrugated turbine cover rise and stand on end. I saw the rotor rising from underneath it. It was spinning. I could not believe my eyes. It rose about three meters. Rocks and pieces of metal went flying… [I] looked down, and saw everything getting destroyed, water coming in, people trying to swim… I thought someone must urgently shut the gates to stop the water, manually. … Manually, because there was no power, none of the protection systems had worked.”

It was Aug. 17, 2009 — just over four years ago. The location was Siberia, at the sixth largest hydro-dam in the world. It’s a place called Sayano-Shushenskaya.

The tips of the turbine that the witness saw spinning moved at near-supersonic speed, generating 475 megawatts of power. That’s enough electricity to light up a city of more than half a million people. And then the entire device blew straight up, right out of its housing.

This particular liftoff was no small act of physics, either. The spinning turbine weighed over 1,100 tonnes (metric tons). The energy and mass balance was such that centrifugal forces literally tore the steel of the turbine to shreds. It was as if a large bomb went off inside the gigantic industrial complex. Here’s what the main turbine hall looked like before the disaster… 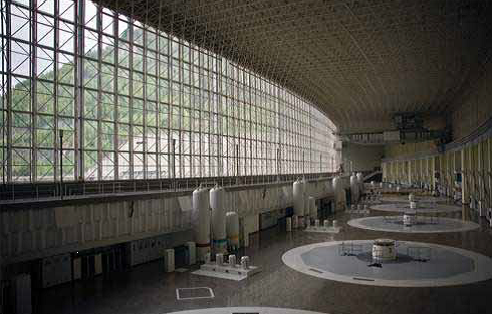 Here’s a shot of the same room taken a few days later from about the same angle: 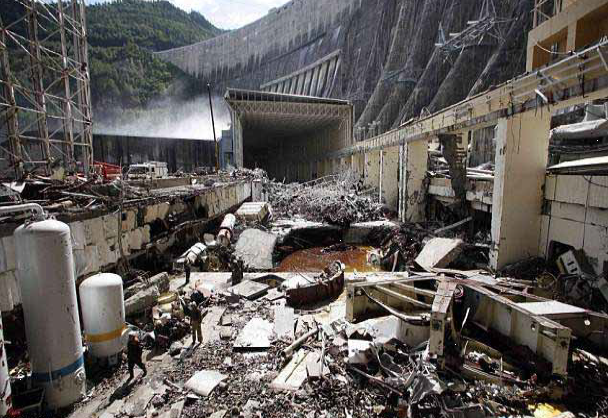 From the lake behind the dam, water raged in and flooded the turbine hall and engine room. The ceiling collapsed, wrecking or badly damaging nine out of 10 turbine systems. Here’s another shot of the aftermath: 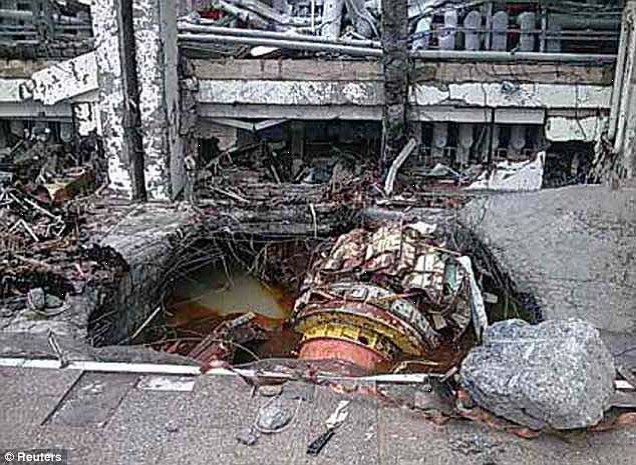 Within moments, the death toll at Sayano-Shushenskaya was 75. The entire hydro-dam electrical output, totaling 6,400 megawatts — about the equivalent of three nuclear power plants — went offline, representing an immediate loss of over 10% of the power in the Russian Far East.

The cost to repair the damage is over $3 billion, and still rising. Even now, four years later, this hydro-dam is not back up and running. So… what happened?

According to an official Russian report — which is now unavailable to all but those with special access — the hydro-dam calamity was primarily caused by turbine vibrations that led to “fatigue damage” to the mountings of Turbine No. 2, including its cover. In fact, per the Russian report, at the moment of failure at least six nuts were missing from the hold-down bolts securing the turbine cover.

Of interest, however, about two weeks after the event, terrorists in Chechnya took credit for sabotaging the Sayano-Shushenskaya power complex. The Russians immediately branded this as a flat-out lie.

Still, there’s more to the story. According to Gen. Keith Alexander, head of the U.S. National Security Agency, a power grid operator nearly 500 miles away sent a rogue command to the Sayano-Shushenskaya hydro-dam control complex. Basically, the grid managers who control the Siberian region wanted more electricity in the wires to meet the load.

Evidently, the distant signal caused floodgates to open. This allowed more water to pass through to Turbine No. 2. But the increased water flow caused a “hammer” effect on the spinning machinery, which exceeded the design parameters for this particular element of the complex. Turbine No. 2 accelerated too fast. It rose out of its housing and tore itself apart. Here’s an illustration from Russian state television: 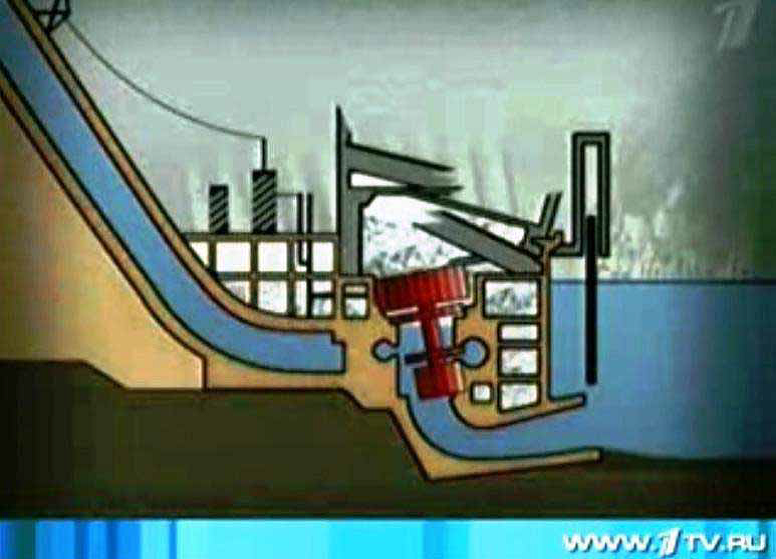 The point to keep in mind is that the Sayano-Shushenskaya hydro-dam disaster was a cyberattack. You can characterize it as an accident in the nature of “friendly fire.” But overall, this cascading wave of destruction was triggered by a bad computer command.

According to Gen. Alexander, Sayano-Shushenskaya demonstrates the immense scope of destruction that can come from cyberattacks. Indeed, per Gen. Alexander, only nuclear bombs and other weapons of mass destruction can cause more damage, faster, over wider areas.

It’s worth recalling Sayano-Shushenskaya because it — or something like it — may soon come to a location near you. In fact, this week, the departing secretary of Homeland Security, Janet Napolitano, issued a stark warning. The U.S. must move quickly and prepare for an inevitable large-scale cyberattack.

In a speech at the National Press Club, Napolitano stated that the U.S. “will, at some point, face a major cyber event that will have a serious effect on our lives, our economy and the everyday functioning of our society.”

Napolitano expanded on the point, saying, “While we have built systems, protections and a framework to identify attacks and intrusions; share information with the private sector and across government; and develop plans and capabilities to mitigate the damage, more must be done, and quickly.”

Napolitano said that the U.S. possesses the ability to thwart cyberattacks. However, our enemies are also evolving, and the day-to-day threat is far from eliminated.

Ed. Note: With all this in mind, it’s fair to say that cyberdefense is a growing arena for investment. Byron King offered readers of The Daily Reckoning email edition an opportunity to learn specific ways to invest in this arena… and all the potential profits that go along with it. If you’re not getting The Daily Reckoning email, you’re not getting the full story. Click here now, to sign up for free.