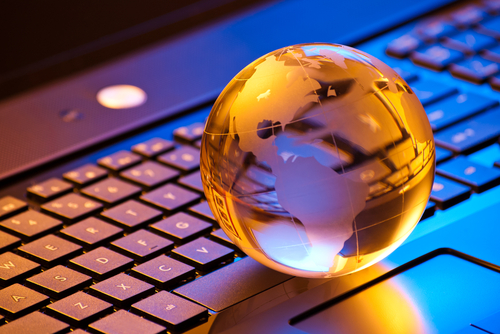 Sometimes modern marvels aren’t so marvelous. Despite the best intentions of innovative individuals or companies, their innovations sometimes do as much harm as good…or more. The history of human innovation is a history of unintended consequences. It is, in essence, a history of “ready, fire, aim.”

When your editor visited Disneyland for the very first time in 1967, he was an 8-year old kid with not nearly enough “E-Tickets” to satisfy him.

Back then, E-Tickets bestowed access to the best rides inside the park, like the Matterhorn Bobsleds. And for your 8-year old editor, the Matterhorn was the only attraction that really attracted him. But since his ticket book also contained several “D-, C-, B- and A-Tickets,” he had to make do with lesser attractions as well, like the D-Ticket “Mark Twain Steamboat” or the C-Ticket “Dumbo Flying Elephants.”

Most of the B- and A-Ticket rides were too lame to interest an 8-year old. Even the free attractions were more entertaining than those, especially General Electric’s “Carousel of Progress” and Monsanto’s “House of the Future.” Both of these attractions paid homage to the marvels of technology.

GE’s “Carousel” portrayed a 60-year history of rapid innovation that yielded to a future of limitless possibility…powered entirely by electricity. Even for an 8-year old, the “Carousel of Progress” was so captivating it could have been at least a D-Ticket. Monsanto’s “House of the Future” depicted an ultra-modern “1986 house” full of gee-whiz gadgets and electrically-powered everything.

Throughout the 1960s, while GE’s Carousel of Progress was busy gushing about the wonders of electricity, GE, itself, was busy flushing tons of carcinogenic PCBs down the Hudson River. The company was also busy rolling millions of asbestos-packed electrical products off its assembly lines. Monsanto, for its part, was enabling farmers to disperse millions of gallons of dioxins across American farmlands, while also enabling the military to disperse millions of gallons of Agent Orange across the jungles and rice paddies of Vietnam.

Dousing Vietnam in Agent Orange must have seemed like a good and novel idea to someone. But this “herbicide” achieved a kind of genocide. It killed nearly half a million Vietnamese, most of whom were civilians, while causing birth defects in half a million babies…all of whom were civilians. Agent Orange also produced a wide range of cancers in the US troops who served in Viet Nam.

PCBs, asbestos and dioxins are just three of the most infamous potholes on the road to progress. But they are hardly the only ones.

When Swiss chemist, Paul Muller, developed a new compound that killed typhus-carrying lice and malaria-carrying mosquitoes, the world cheered his “wonder insecticide.” His discovery earned him the 1948 Nobel Prize in Physiology or Medicine. But Muller’s marvel, “DDT,” did not merely kill lice and mosquitoes; it also pushed several animal species to the brink of extinction.

A decade after Muller received his Nobel Prize, the German pharmaceutical company, Grunenthal, unveiled a new “wonder drug” to treat morning sickness. But this wonder drug, Thalidomide, did not merely suppress nausea, it also produced severe birth defects. In the late 1950s and early 1960s, thousands of babies around the world were born with missing or deformed limbs.

Accidents happen…especially when scientists “prove” ahead of time that they are impossible.

Thalidomide, for example, breezed through a battery of animal tests with flying colors…before failing miserably in the “real time” human trial. According to James L. Schardein, an expert in teratogens (birth defect-causing substances), “In approximately 10 strains of rats, 15 strains of mice, 11 breeds of rabbits, 2 breeds of dogs, 3 strains of hamsters, 8 species of primates and in other such varied species as cats, armadillos, guinea pigs, swine and ferrets in which thalidomide has been tested, teratogenic effects have been induced only occasionally.”

We know what you’re thinking; “How could thalidomide be toxic to humans if it was not toxic to an armadillo?” We share your disbelief. But it’s true. And as it turns out, animal testing rarely proves anything conclusively.

“According to the FDA, a staggering 92% of all drugs found safe and therapeutically effective in animal tests fail during human clinical trials due to their toxicity and/or inefficacy, and are therefore not approved,” states a research paper by the non-profit Medical Research Modernization Committee. “Furthermore, over half of the mere 8% of drugs which do gain FDA approval must later be withdrawn or relabeled due to severe, unexpected side effects.”

Given these data, no one should be surprised that more than 100,000 Americans die every year from adverse reactions to prescription medications — making it the nation’s fourth leading cause of death, according to the New England Journal of Medicine.

Nevertheless, despite the well-documented tendency of “modern marvels” to produce unintended consequences, Monsanto insists its latest marvels, “GMOs,” are completely safe. GMOs, which stands for “genetically modified organisms,” are kind of like Jackalopes — combining the genetic traits of different species to create a “modified” species. But unlike Jackalopes, Monsanto’s GMOs are real…and do not produce photos suitable for a silly postcard from Wyoming.

That’s right; the same folks who brought you Agent Orange and other delightful dioxins have created a vast array of food products that are even better than what the Almighty, Himself, managed to come up with. Perhaps He simply lacked the imagination to create a strain of corn that could withstand heavy doses of “Roundup,” Monsanto’s top-selling pesticide.

But Monsanto’s genetic engineers suffer no lack of imagination. To borrow a phrase from their Disney counterparts, they are experts in the field of “Imagineering.” But no need for alarm, Monsanto has tested its GMO products numerous times on numerous animal species and has determined that its products are just as safe as safe can be. And yet, some lab rats in France provide evidence to the contrary…and their photos would never appear on a postcard from Wyoming.