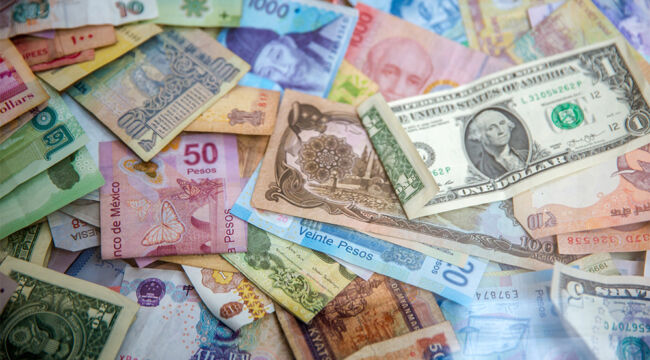 What are the benefits of a cheap currency relative to the currencies of major trading partners? The answer depends on whether you are considering political benefits or economic benefits.

The political benefits are obvious and explain why currency wars (the act of cheapening your currency) have broken out periodically over the past 100 years. A cheaper currency makes your exports cheaper from the perspective of a foreign buyer.

If Indonesia is considering buying wide-body jets for their national airline, they can look at the Boeing 787 or the Airbus A350 among other choices. Manufacturing costs for Boeing are primarily in U.S. dollars while Airbus manufacturing costs are mostly in euros (although both manufacturers source various components and inputs from around the world).

If the euro is weak against the U.S. dollar, it means that Indonesia will probably get a better deal from Airbus. A sale by Airbus ripples through the supply chain and helps create export-related jobs and produces other exogenous economic benefits to the company and its host countries (primarily Germany and France).

The perceived benefits of a cheap currency are not limited to more exports and export-related jobs. A cheap currency is also a way to import inflation. This happens because citizens of the cheap-currency country need more of their currency to buy imports from trading partners.

Of course, actual supply chains of global manufacturers are more sophisticated than this simple example. Manufacturers will often maintain a set price in both currencies and absorb any profit or loss against their margins or hedge the exchange rate fluctuations in futures markets. Still, the basic dynamic remains and does play out over time.

It sounds strange for a country to import inflation at a time when inflation is surging in many places. But the inflation wave is relatively recent. From 2008–2021, disinflation and outright deflation were serious problems in many developed economies.

Deflation is still a problem in Japan and may become a worldwide problem if higher interest rates used to fight today’s inflation result in a global recession. In any case, the art of fighting deflation with a cheap currency is tried and true.

So the political benefits of a cheap currency are clear. Political leaders can claim that exports are up, imports are down (which helps the balance of trade and GDP), export-related jobs are being created and the risks of deflation are being mitigated. That’s a nice package of accomplishments for any politician to run on.

But is any of this true? The claims are clear but what about the economic reality?

It turns out most of the claims about a cheap currency are illusory, temporary or both. It may appear that the finished prices of exports look cheaper to a foreign buyer when the seller’s currency is cheaper. But this ignores the nature of global supply chains.

Labor costs and technology research and development for an Airbus may be incurred in euros, but the aluminum for the airframe comes from Russia, subcomponents may come from Southeast Asia, avionics may come from the United States and so on.

A cheaper currency means that the prices of those inputs go up since it takes more local currency to buy the components. That’s crucial. Very few sophisticated big-ticket exports are made entirely in one country. A cheap currency makes foreign inputs more expensive, and those costs offset the benefits of a cheap currency in terms of labor and local inputs.

It’s also the case that many commodities have global markets and are priced in dollars. To the extent that local demand is inelastic (as is the case for food and energy), a country with a cheap currency simply has to pay more for those goods.

A cheap currency is like a hidden tax (that’s what inflation is) that is paid for dollar-denominated imports. That leads to demand destruction in other categories of goods and services and may lead to job losses in local industries as consumers spend more on unavoidable imports.

Finally, even when benefits from a cheap currency are realized, the effects are very short term.

That’s because trading partners won’t stand still while you cheapen your currency. They will react by cheapening their own currencies in tit-for-tat devaluations. That’s the nature of currency wars and it was a major reason why the Great Depression lasted so long instead of just a year or two.

Countries can retaliate against trading partners to get a cheap currency by intervening in foreign exchange markets, lowering their interest rates (to discourage capital inflows), imposing capital controls and using other forms of manipulation.

As I said earlier, the world is now in an acute phase of a long-standing currency war.

The yen (JPY) is collapsing because the Bank of Japan needs help with exports to fend off another recession. The euro (EUR) has crashed because the ECB also wants to keep interest rates low and exports high to help member economies.

The Chinese yuan (CNY) is falling rapidly because China’s economy is suffering from the effects of its ridiculous zero-COVID policies and softer demand from the U.S., the EU and Japan. The same is true in pounds sterling (GBP) because the U.K. is on the brink of a recession.

In effect, the second-, third-, fourth-, sixth- and seventh-largest economies in the world (China, Japan, Germany, the U.K. and France) and others comprising over 40% of global GDP are free-riding on a strong dollar by pursuing cheap-currency policies.

The question is how long will the U.S. stand for this? The U.S. clearly does not mind the strong dollar for the time being. The Fed’s interest rate and quantitative tightening policies point toward an even stronger dollar ahead.

As long as U.S. growth is solid, the U.S. might not mind being a financial life preserver for the rest of the world by allowing its trading partners to pursue cheap currency policies. This can help fight inflation in the U.S. by making foreign imports cheaper when paid for in strong dollars.

History shows this won’t last. The Fed’s policies will put the U.S. into a recession by late this year or early 2023. That may help kill inflation, but it’s a nightmare for politicians running for reelection in 2024. Suddenly, the Fed may slam the brakes on rate hikes and even begin rate cuts as they did in 2019.

When that happens, the U.S. dollar will plunge and the dollar price of gold will soar. Currency wars don’t end quickly. They do take time to play out. The U.S. is propping up the world today with its strong dollar approach because policymakers think we can afford it.

When a recession hits the U.S., that policy will change fast. It always does.