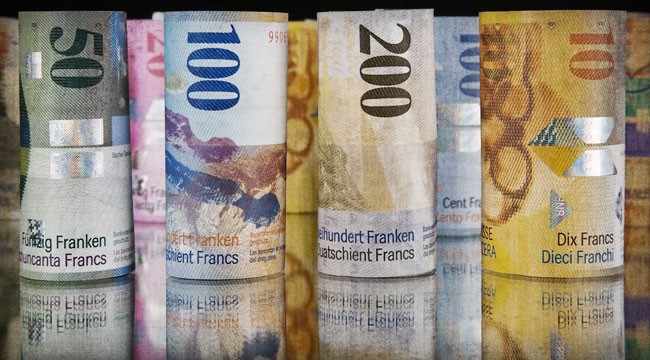 The Currency Wars of the 20th Century

Only Rickards is also a lawyer who was the chief negotiator during the 1998 rescue of Long-Term Capital Management — in which 14 of the world’s biggest banks ponied up $3.6 billion to prevent a global financial meltdown. And only Rickards is a consultant to the Pentagon who walked senior military planners through their first-ever “financial war game.”

His best-selling book Currency Wars opens with a two-chapter account of this war game — held at the Warfare Analysis Laboratory in Laurel, Maryland — a strategy room whose website boasts “14 plasma displays for defense exercises” and “3-D scenario modeling and visualization.”

The financial war game was made more intense by the fact it took place amid the market panic in late 2008 and early ’09. We won’t give too much away here; suffice it to say Team Russia announced it would accept only gold in exchange for its oil and gas — no dollars. Then Team China made its own move to “tighten the noose around the U.S. dollar’s neck.”

As it happened, on the second and final day of the war game, Russia’s Vladimir Putin declared of the dollar, “The one reserve currency has become a danger to the world economy: that is now obvious to everybody.”

“Currency wars,” Rickards writes, “are fought globally in all major financial centers at once, 24 hours per day, by bankers, traders, politicians and automated systems — and the fate of economies and their affected citizens hang in the balance.”

Both previous currency wars both took place within the last century. Currency War I erupted from the ashes of World War I in 1921 when Germany began its epic devaluation of the mark — the one memorialized in pictures of wheelbarrows full of paper money that weren’t enough to buy a loaf of bread.

Thus did the rest of the world race to devalue their own currencies to remain “competitive.” France leaped first in 1925, devaluing the franc. Britain abandoned the gold standard in 1931. The United States infamously devalued the dollar against gold in 1933 — from $20.67 an ounce to $35. France and England devalued again.

“In round after round of devaluation and default,” Rickards writes, “the major economies of the world raced to the bottom, causing massive trade disruption, lost output and wealth destruction along the way.”

Currency War I ended in a whimper in 1936 with a three-way deal between the United States, Britain and France. Germany by that time was goose-stepping to its own drummer, and a shooting war followed three years later.

Currency War II blew up in 1967 when Great Britain devalued the pound against the dollar. Soon the dollar itself was under pressure — a matter complicated by the fact the dollar was still tied to gold in international trade.

The rest is monetary history: France turned in scads of dollars for America’s gold, nor were the French alone. The Treasury’s gold supply dwindled from 20,000 metric tons in 1950 to barely 9,000 when President Nixon “closed the gold window” in 1971. The entire world was now on a floating fiat currency standard.

The dollar sank throughout the ’70s, but soared in the early ’80s under Federal Reserve Chairman Paul Volcker. The world’s other principal currencies, the Japanese yen and West German mark, went on a roller-coast ride the whole way. Exhaustion set in. The Plaza Accord of 1985 set the dollar on another downward trajectory, and the Louvre Accord of 1987 resulted in equilibrium — more or less.

“There was relative peace in international monetary matters,” Rickards writes, “yet this peace rested on nothing more substantial than faith in the dollar as a store of value based on a growing U.S. economy and stable monetary policy by the Fed.”

That faith finally broke in early 2010.

On Jan. 27, 2010, President Obama fired the first volley of Currency War III in his State of the Union speech. He announced the National Export Initiative. Its aim — to double U.S. exports in five years.

“The traditional and fastest way to increase exports had always been to cheapen the currency,” Rickards writes in Currency Wars. And everyone around the world knew it.

Later in 2010, the Federal Reserve stepped in with a second round of “QE,” or money printing. “By using quantitative easing to generate inflation abroad, the United States was increasing the cost structure of almost every major exporting nation and fast-growing emerging economy in the world all at once.”

And so began another race to the bottom, a new round of competitive devaluations. “We’re in the midst of an international currency war,” declared Brazil’s finance minister Guido Mantega in September of 2010, “a general weakening of currency.”

No one will be left untouched by Currency War III, but Rickards says it will take place in three major theaters. In two of the theaters, the combatants have mutual aims. The third is the most likely source of outright conflict.

The Atlantic theater is the balance between the United States and the eurozone. “The euro and dollar,” writes Rickards,” are best understood as two passengers on the same ship… moving at the same speed, heading for the same destination.”

That relative stability is no accident: Washington aims to prop up the euro to the point of the Fed engineering a secret bailout of European banks in 2008 — $3.08 trillion in loans that became public only in 2011.

The Eurasian theater of the war, meanwhile, is the balance between Europe and China. “China has a vital interest in a strong euro,” Rickards writes — not least because the European Union is China’s largest trading partner, larger even than the U.S.

Bottom line: “Europe, China and the United States are united in their efforts to avoid a euro collapse despite their mixed motives and adversarial postures in other arenas.”

Which brings us to the Pacific Theater — the big show.

The U.S. trade deficit with China was less than $50 billion in 1997. By 2006, it swelled to $234 billion. Politicians grandstanded about American jobs “lost forever to China” and Chinese leaders “manipulating” their currency.

Never mind that the evidence linking currency value to jobs is, er, slim at best. Even if the yuan doubled in value, Rickards points out a Chinese furniture maker would be making $236 a month — and a furniture maker in North Carolina still wouldn’t be competitive.

If we still had a gold standard — or even the Bretton Woods system in place between 1944-71, such yawning trade gaps would be impossible. The flows of gold between creditor and debtor nations — consider our example at the start of the issue — would, naturally, maintain an equilibrium.

“Given the choice,” Rickards writes, “between uncontrolled inflation with unforeseen consequences and a controlled revaluation of the yuan, the Chinese moved steadily in the direction of revaluation beginning in June 2010, increasing dramatically by mid-2011.”

You can see the result in the chart nearby. Through mid-2010, it took 6.8 yuan to equal one U.S. dollar. But with the conscious decision to strengthen the Chinese currency, it now takes barely 6.1 yuan to equal a dollar.

“Is the dollar going up or down? Well, the answer is compared to what? And this is what we do in currency wars. We look at this. We understand these dynamics. We understand that any two currencies are a zero sum game.”

P.S. We cheated a bit today. In the Daily Reckoning’s e-letter, you could’ve caught an exclusive sneak peek of Jim’s welcome video for his new Currency Wars Alert. While Jim gets into a groove, it’s only for Agora Financial Reserve members. But if you subscribe to receive the Daily Reckoning sent to your mailbox for free each day, you’ll get a special opportunity to join it on Monday. Click here to sign up for free.