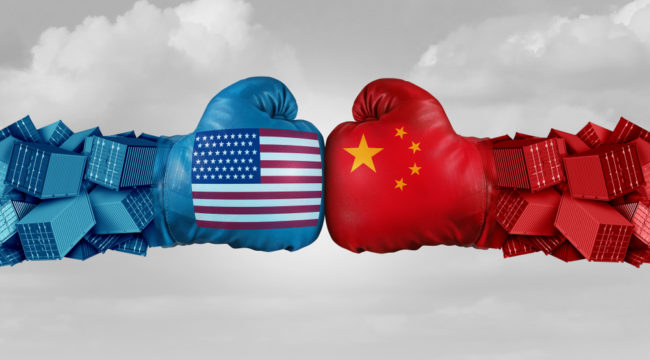 Currency War, Then Trade War -- Is Shooting War Next?

My thesis is that currency wars are followed by trade wars and then finally shooting wars among major powers.

This happened in the 1930s and it seems to be happening again.

Currency wars begin in a condition of too much debt and not enough growth. Countries steal growth from their trading partners by cheapening their currencies to promote exports and import inflation.

The present currency war started in January 2010. The problem with currency wars is that all advantage is temporary and is quickly erased by retaliation. Trading partners retaliate with their own devaluations. Currency cross-rates end up back where they started, with costs imposed due to the uncertainties.

Not only is the world not better off but it is worse off because of the costs and uncertainty resulting from the currency manipulations.

Eventually, the world wakes up to this reality and moves to the trade war stage. Once countries realize that currency wars don’t work, they turn quickly to trade wars through tariffs and other trade barriers.

The problem is that trade wars don’t work either, for the same reason currency wars don’t work — retaliation or tit-for-tat tariffs soon puts everyone back where they started.

The new trade war started in January 2018 with the announcement of tariffs, and those tariffs actually began to take effect last week. Just because trade wars have started does not mean the currency wars are over. Not at all. The currency wars and trade wars continue side by side. In fact, they are related.

If the U.S. puts tariffs on China, which we have, then China can fight back two ways. The first is to impose their own tariffs on U.S. exports, which they have.

The second is to cheapen their currency to offset the impact of the tariffs. If the U.S. imposes a 25% tariff on China but China cheapens its currency by 25%, then everyone is back where they started in terms of the costs of Chinese goods to U.S. consumers.

This would be a potentially devastating development for markets.

A shock yuan maxi-devaluation will be the shot heard round the world as it was in August and December 2015 (both times, U.S. stocks fell over 10% in a matter of weeks).

There are individual winners and losers from the currency and trade wars, but the global economy as a whole is definitely a loser. This new trade war will get ugly fast and the world economy will be collateral damage. I believe it will get much worse before it is resolved.

We should look for slower growth and possibly a recession as the trade and currency wars play out. Let’s hope that history does not repeat and that we don’t end up in a Third World War, as the currency/trade wars of the 1930s helped lead to WWII.