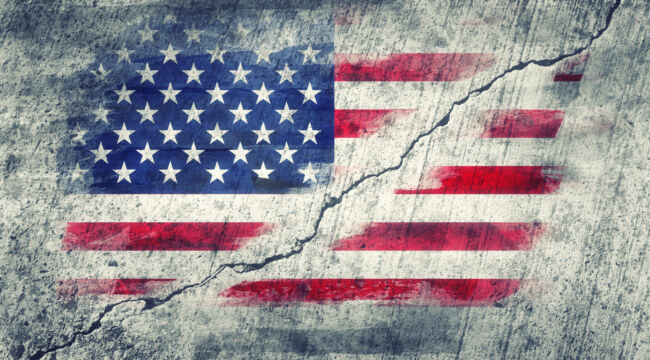 I’d like to draw your attention to two Italian philosophers from the 20s and 30s. That’s because these two opposing Italian philosophies are at the root of all the social strife and violence taking place in our streets today.

On one side is Antonio Gramsci. He called for socialism by overtaking cultural institutions and rotting them slowly from within. On the other side is Julius Evola. He emphasized Traditionalism, supported today by people like Steve Bannon and Aleksandr Dugin (Russian Strategist).

They are anti-globalization, support nationalism, strong borders, spirituality, and have already influenced Putin and Trump, Viktor Orban of Hungary, and Bolsonaro of Brazil.

Here’s a description of the two of them compiled from various internet sources: First up… Italian philosopher, Antonio Gramsci’s “long march through history,” has achieved astonishing success.

Writing from prison in the 1930s, Gramsci believed that the ruling elites used cultural institutions to maintain their power. The central institutions in his crosshairs being education, religion, and family. To break this ruling hierarchical structure and achieve a utopian Marxist socialist society, Gramsci urged his followers to take over the institutions and slowly rot them from within.

Gramsci argued the Bolshevik Russian revolution of 1917 was successful because the time was right. In Russia in 1917, “the state was everything, civil society was primordial and gelatinous.” So, all they had to do was behead the monarchy. There was no civil society to deal with. Gramsci called the frontal attack a “revolution of movement.”

He recognized the state is “only an outer ditch” behind which lies a robust and sturdy civil society. To prepare civil society for a socialist revolution they’d have to take “a long march” through the institutions — education, religion, the family, and ultimately democracy itself.

What is commonly referred to as culture wars is largely Gramsci’s philosophy writ large across academia. A cattle rancher from Montana would sooner identify with one of his cows than a barista from Brooklyn.

As Jim Rickards explains in our recent interview…

When Gramsci’s “long march through the institutions” are up you’re not just uneducated, “you’re miseducated,” Jim continues, “but you don’t even know it because you have not been taught critical thinking. First, they take away the tools you need to know that you’re being brainwashed. Then they brainwash you.”

Today, after almost a hundred years, “the long road,” we’re are suffering through Antonio Gramsci’s version of the Marxist revolution: The Gramscian Revolution.

The institutions of education, family, religion, and entertainment are rotting from within. A loathing of Western civilization has set in… American ideals of liberty, rugged individualism, equal justice, and prosperity are being stomped on before our eyes. Socialism reigns supreme in many of our cultural institutions.

“Biden would be powerless to stop that from getting worse,” Jim concludes, ruefully.

But now we turn to a competing philosophy gaining traction today. It was originally expounded by the other Italian political philosopher I mentioned earlier, Julius Evola…

Evola is associated with the political philosophy of Traditionalism with a capital T. The Traditionalist school is supported by conservatives, like Steve Bannon, Trump’s former political strategist, and founder of Breitbart News.

Like Gramsci, Evola was imprisoned in the 1930s (for being a fascist). In Evola’s book, Revolt Against the Modern World, he promulgated mythology and an ideal traditional society. Evola believed in nonmodern forms, institutions, and knowledge as the path to an ideal society.

Although Bannon has referred to Evola on several occasions, it’s likely he doesn’t dine from Evola’s entire buffet of intellectual meanderings. Evola was anti-Christian, avowed fascist and empathizer with the Nazi regime after all.

While researching Evola, we ran into an imaginative piece of journalism in the Atlantic. Reads the title: “The Alt-Right’s Intellectual Darling Hated Christianity.” A subhead explains: “The Italian philosopher Julius Evola is an unlikely hero for defenders of the ‘Judeo-Christian West’.”

Anna Momigliano penned the article. By all accounts, Julius Evola was antisemitic. “Fascist-era anti-Semitic ideologues fall under two categories — biology-based racists and nationalism-based ones — but Evola was something different,” explains Valentina Pisanty in the Atlantic piece.

“As an occultist, he was convinced that the world contained some mysterious truths that only the initiated could see, and one of those hidden truths was a Jewish conspiracy to rule the world.”

He didn’t stop at the Torah. Again, Evola hated Christianity.

“‘Further distinguishing Evola from other racist writers,’ was the fact that he openly attacked the Christian religion, which he described as a ‘Semitic superstition’ and as ‘one of the main sources of the decadence of the West’ in his seminal 1928 essay ‘Imperialismo Pagano.’ “He opposed Christianity both because it was not native to Europe — ‘an Asiatic movement born to a Jew’ — and because of its very message, which he deemed ‘incompatible’ with fascism’s aggressiveness…

‘Which kind of State, not to mention Empire, can we build based on a Gospel preaching obedience … the pre-eminence of the humble, the abject, and the miserable?’ he asked.”

So how does Julius Evola become “an unlikely hero” to the Alt. Right? Why is he Bannon’s “Intellectual Darling”?

Simple. As Ms. Momigliano reminds us: In the summer of 2014, years before he became the White House chief strategist, Steve Bannon gave a lecture via Skype at a conference held inside the Vatican. He spoke about the need to defend against crony capitalism and libertarian capitalism, secularization, and Islam.

Does his mentioning Evola make Bannon a fascist? It’s more likely Bannon shares a similar perspective on the loss of spirituality in a modern consumerist hell.

From media interviews, Bannon appears to advocate more nationalist traditions like strong borders, democracy, individual freedom, and rejuvenation of spirituality or religion and strong families. Many elites credit Bannon for heavily influencing the successful Brexit vote. By most accounts, he believes that classical liberalism has been replaced by extreme materialism, contributing to the erosion of traditional American values.

In our interview, Jim gave a deep dive on Gramsci versus Evola. You’ll never get this level of perspective through mainstream sources.

Fascism is one of those words. “George Orwell predicted this 75 years ago,” Jim explains…

“When you’re in an ideological movement and somebody or some group is pursuing an ideology to the exclusion of all other views, language is the first casualty. People start giving words, new definitions. This is what Orwell called “Newspeak” in his novel, 1984.

“Words like fascist have lost their meaning,” Jim sums up. If you don’t agree with someone, you call him a fascist and everybody’s a fascist, et cetera. Fascism has a very specific meaning as articulated by Benito Mussolini who was the intellectual father and the political father of 20th-century fascism. His expression was, ‘Everything inside the state, nothing outside the state.”

But there was no ambiguity with Evola. He was a true fascist. Evola was put on trial in Italy in 1951, accused of forming a new fascist party in Italy. In his defense, he said, “I am not a fascist. I am a super fascist.” And he was acquitted.

We bring up Gramsci and Evola today because of all the cultural, political and economic chaos we’re experiencing today — culturae, politica et economica insanis are all around us.