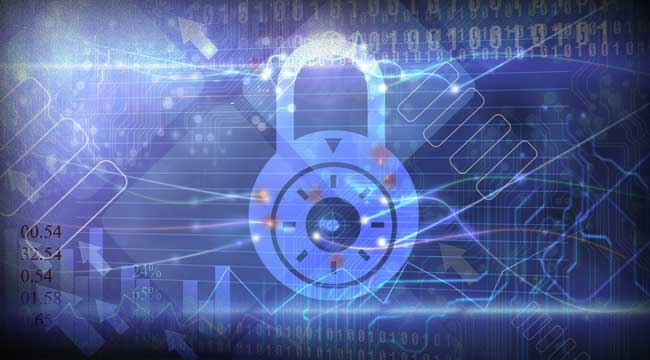 Cryptography and the Money We Use

When NSA whistle-blower Edward Snowden wanted to talk to reporter Glenn Greenwald, he insisted that they use encrypted chat. Unfortunately, Greenwald didn’t know how to go about setting that up. In fact, he needed a tutorial in how to do it. Indeed, many people do. I was looking at the download figures of various encryption programs, and they are not impressive (about 52,000 for one popular program). Apparently, this approach to securing conversations is far from mainstream.

Why should anyone bother? Encrypted chat is like the “cone of silence” in the old Get Smart series, except that it actually works. It makes conversations impossible for outsiders to listen to. So far as snoops are concerned, the conversation might as well have not happened.

How can we be sure? The best case is precisely that Snowden trusted it. He knew exactly what the NSA could surveil and what was invisible. He knew that this level of encryption was NSA-proof. Otherwise, he would not have taken the risk.

Why would anyone but a whistle-blower need it? Let’s say you want to talk about a business deal with a remote party and it is extremely important that there be no security breaches. You would be crazy to use email, but even chat is a mistake. One party has a full record of it even aside from all issues of surveillance.

You don’t have to be breaking the law to use this technology. It might be useful for talking about health records or household finances or some issue that might be embarrassing to have on record or dragged up and put in your face later. There is a good reason for privacy. Encryption makes it possible.

The most common encryption standard today, Pretty Good Privacy (PGP), was created by Phil Zimmermann in 1991. As an anti-nuclear peace activist, he wanted to make it possible for people to communicate with each other even in totalitarian countries that prohibited speech. To his amazement, it was the U.S. government that tried to stop the code from being released. In 1993, he was prosecuted for illegal export of munitions (go figure).

A huge protest ensued. The code swirled around the Internet like a crazy global storm — a clear sign that the Internet cannot be stopped from distributing information. Even more strikingly, MIT Press published the entire code in a book (that actually sold rather well) that was protected under the First Amendment. In time, the government backed down. It was a great victory for technological progress and the freedom of speech.

In other words, if the government had had its way, we might not have this type of encryption at all. But we do have it, thanks to a series of simultaneous discoveries of the logic of public-key cryptography in the 1970s. (From Wikipedia, I’m amazed to learn that William Stanley Jevons, economist of the late 19th-century marginal revolution in economics, actually anticipated the logic of public-key cryptography.)

PGP is not the only one. There is OTR (Off-the-Record) Messaging as well. Both go far beyond the encryption used in most Web commerce (SSL), which only masks the communications between your computer and a company’s servers, but such companies still maintain the data.

The technology has been around for a long time. But users have mostly not bothered. That could change in light of all the news about government snooping. For some communications in the future, people might be willing to give up some convenience of commercial programs for the security of encrypted communications.

By the way, here is an obvious and quick answer to the NSA’s claim that it must harvest as much data as possible as a way to stop terrorism and protect the American way of life from dangerous criminals. If you are a dangerous criminal or terrorist plotting an attack and you are not entirely stupid, it is very likely that you would choose cryptographic communications over commercial services.

Hence, the very communications that the NSA supposedly seeks are the ones that it cannot get. What, then, is the point behind the huge data centers and the invasions on everyone else’s liberty? The purpose is to control the rest of us and shore up its power. You don’t have to be a conspiracy theorist to accept that truth. You need only have your eyes open.

A friend wrote me the other day and said, “I just had a startling revelation. Public-key cryptography is the only thing standing between us and a totalitarian state.” That is sobering, indeed.

This is why it is so important for any freedom lover to pay special attention to the uses of cryptography. It most certainly should be at the heart of any monetary system of a free people in a digital age. A digital money should be more like trading gold or physical dollars. We don’t need to cough up our identities when we spend physical stuff like gold or silver. The money itself should be separate from our person and all the data about our lives.

This is how Bitcoin uses cryptography. It makes money behave more like a physical thing. There are no chargebacks, promises to pay, layers and layers of trust, waiting periods for banks and regulators to verify, and so on. Nor is there any prospect of identity theft. This is a serious matter: There are some 17 million cases of identity theft associated with the uses of digital dollars each year. Bitcoin eliminates all of that by putting a cryptographic wall between us as persons and the money we use.

It’s for this reason that Bitcoin is getting more popular in unusual sectors of the population. I bumped into a charming video a few days ago. It was of a family farm. The kids were giving a tour of their goats, their pigs… and their gigantic Bitcoin mining operation.

It turns out that Bitcoin has become very popular in these settings. One person wrote me to explain why:

“My wife and I have been Bitcoin farmers for a while, although we don’t mine. Our little agorist homestead accepts Bitcoin for our beautiful purebred French Marans and Ameraucana chickens and their fancy chocolate and blue eggs. We stick with a small flock of just the two most valuable breeds on the market, raised free range on just over an acre. We ship fertile eggs all over the country to supply the growing backyard chicken revolution. You might be surprised to know that mailing eggs is a gray-market activity. In Texas, it costs a minimum of $100 a year to get a permit to mail live chicks, and regulations on the import of eggs vary wildly from state to state. Carefully packaged eggs containing live embryos can be shipped undetected and hatched in an incubator in three weeks. Egg regs are so restrictive in Virginia that most breeders won’t ship there. Bitcoin is a perfect medium to conduct commerce, considering the increasing prohibition of benign things.”

In our heavily patrolled, regulated, browbeaten and regimented system of commerce, the need to separate identity from the property of money itself has become a practical necessity. Without this ability, you risk everything and you don’t have the capacity to live out your dream. This is how cryptography has made it possible for commerce to continue even amid the police state. For many people, then, Bitcoin is not just about privacy. It is a lifeline to financial survival.