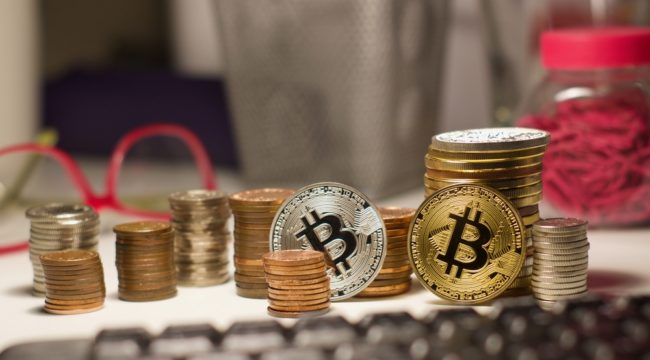 Cryptocurrencies: The Idea Whose Time Has Come

We concluded at the time that $997 Bitcoin was a fool’s gold… that Dr. Market would soon read Bitcoin a severe lesson in reality.

By our lights, $997 was so completely out of court… such a fever-mad delirium… such a derangement of the senses…

That it would all come to grief. And soon.

Yet the date now reads Aug. 9.

One solitary bitcoin now fetches $3,460 — over thrice the price.

And the only lesson Dr. Market has taught comes at our own expense — some $2,460 per Bitcoin in lost opportunity — if our math holds.

And so the egg on our face builds by the day.

Essentially, a cryptocurrency is a digital currency that operates outside of any government control. That means these currencies cannot be manipulated by central banks like our own Federal Reserve or other central banks around the world.

Perhaps that helps you realize why so many who oppose the Fed’s monopoly on money have the crypto bit wedged between their teeth.

And cryptocurrencies’ boomers say they contain built-in safeguards against inflation… which make them practically good as gold.

Even better, according to some.

And since one bitcoin is presently worth roughly 2.7 ounces of gold… perhaps they even have a case to bring before the jury.

Handsome, no doubt — but not quite the stuff of dreams.

The stuff of dreams?

Some weeks back, we noted that a meager $100 bitcoin grubstake in 2010 was now worth an impossible $76 million.

That $76 million pot of digital gold could have been your reward — if you only had the foresight to snatch $100 of bitcoin seven years ago and sit upon it like a brooding hen.

Alas, Bitcoin has worked its miracles. It can never repeat them. Not on the same scale, anyway.

No, Louis says, “The biggest gains aren’t going to come from Bitcoin.”

Instead, there exist other pots of digital gold… which currently lie undiscovered.

And Louis intends to unearth them.

Almost 1,000 of these cryptocurrencies now trade on open markets. And the vast majority go for just pennies or less, just as Bitcoin in 2010.

Louis has been tracking these lesser-known cryptocurrencies. And he brings a hawk’s eye to the business.

That’s why he says, “there’s a chance to strap yourself to the next cryptocurrency rocket before it launches into the stratosphere.”

Cryptocurrencies are even beginning to excite the fancies of the high-power money — hedge funds.

Hedge Fund Alert has recently noted that “the number of hedge funds investing in digital currencies is exploding.”

I’ve been in the hedge fund space since 1998, and I’ve never seen anything like it in volume of launches in a particular area. It’s just crazy.

We think it’s a rare opportunity for investors. It’s not often there’s a new capital market being born in front of you.

Thus it appears cryptocurrencies and the “blockchain” technology they employ have moved beyond fad.

A World Bank study even predicts that 10% of world GDP would be stored using this technology as early as this year.

But it’s all still too obscure to enjoy wide recognition — a nifty spot to be in from an investment standpoint… we dare say.

And it is likely only the beginning, according to many.

“This is like getting to invest in the internet in the ’90s,” says Ron Ginn of St. Augustine, Florida:

I expect to make a couple million dollars off very little money. This is the opportunity of a lifetime.

Perhaps Mr. Ginn is right. For his sake, we hope he is.

But lest you think that the cryptocurrency market is growing too fast, the total market capitalization of all cryptocurrencies is still around $100 billion — a pittance in the overall scheme.

What will be the sign of a cryptocurrency bubble?

“If my landscaper ever asks me about crypto, that’s the day I get out,” says Tom Berg, founder of BloKtek Capital in Northbrook, Illinois.

And we’ve vacillated so long on cryptocurrencies now… we’re like the poor donkey that died of both thirst and starvation while standing halfway between a bucket of water and a pail of oats.

But until your landscaper starts pumping you for information on cryptocurrencies, you may never have a better chance to strike it rich in so short a time.