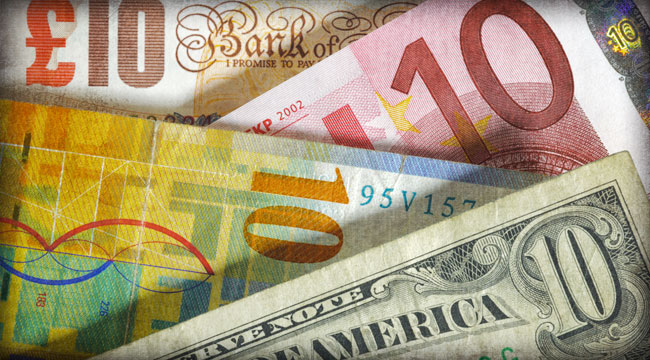 A wise man, at least in my view, doesn’t allow himself to be limited by an accident of birth.

It’s most unfortunate (for them, anyway) that most people have a peasant mentality. They’re idiotically indoctrinated into thinking that their country is the best place in the world, simply because that’s where they were born. It makes sense in a way; their ancestors rarely ventured more than a day’s walk from the village where they were born. After all, there were stories of dragons and demons over the hill. Things haven’t changed much, except people have exchanged the mud hut for a McMansion. But they’ve retained that medieval serf worldview. And the CNN and BBC newscasts on their widescreens only reinforce the notion that things are dangerous outside their borders; they’re probably even more scared than their primitive ancestors. Assuming they watch anything beside sitcoms and sports.

It’s certainly possible to be happy living your whole life in the place you were born and grew up. But unless you were born a member of the lucky sperm club, it’s almost always suboptimal, and sometimes it can be disastrous. I suspect now is one of those unhappy times.

We’re of the opinion that the world at large, and the US in particular, is heading into some seriously turbulent times. The diminution of personal and financial freedom looks like a hyperbolic curve, at first with an almost unnoticeable slope, then one that gets steeper and steeper, at an accelerating rate. I think an excellent case can be made that the current crisis is an inflexion point, beyond which it goes vertical. As one of Obama’s closest counselors (and he’s a very scary guy) has said, “One can’t let a good crisis go to waste.”

A crisis (and this will be a very real one) always draws exhortations from the authorities to “unite” and “pull together” – which usually boils down to following orders and turning in those who don’t. People will want, and will get, “strong leadership.” This does not bode well for libertarians, classical liberals, and free thinkers, in general.

As the crisis deepens, it’s likely to be dangerous for someone who doesn’t agree with groupthink. Things are likely to be much mellower if you’re living somewhere they consider you a tourist, than to stay on your home turf where questions will be asked if you don’t join the hooting and panting chimpanzees that will surround you. You can absolutely plan on unwelcome social pressure in the years to come, especially as the wars expand.

Coincidental with this is going to be the near destruction of the US dollar; I just don’t see any realistic way around that eventuality at this point. The consequences of that are going to be disastrous, but it’s possible to insulate yourself from many of them. The biggest problem, and also the one most people just don’t see, is political. There is almost no way you can effectively insulate yourself if a government, and society as a whole, goes crazy.

You might argue that really tough times in the US are a long shot; the US is “different” from other countries. It’s certainly true the US has been particularly blessed for most of its existence, because it actually was different. The problem is that what made the US different from every other country – a Constitution that expressly limited the powers of the state, and an explicit acceptance of property rights and the free market – has evanesced. It’s why I refer to it as the US, which is just another country, rather than America, which was a unique and excellent concept.

In any event, I suggest you at least consider the possibility of transplanting yourself, or at least start by transplanting some assets. Don’t look at it as a negative thing. The world is your oyster. Make the most of it. This is directed not only at Americans, but at everybody, everywhere. It just seems a little more urgent for Americans, as well as for Europeans, at this point.

In many ways the world seemed to turn over a new leaf in the ’80s. Not just with the election of Reagan and Thatcher, but with the appearance of many more like them, almost everywhere. Whether it’s the “hundredth monkey” hypothesis, or whether there really is such a thing as the “spirit of the century,” the majority of people tend to hold similar views at the same time. It’s strange. From about 1980-2000, all over the world, tax rates went down, regulation was relaxed, markets were freed up. The Soviet Union collapsed, apartheid in South Africa nonviolently disappeared, New Zealand fired two-thirds of its government employees, China liberalized. Even the constipated continents of Europe and South America loosened up. It looked like freedom was in the ascendant. But it couldn’t last.

Now, certainly since September 11, 2001, the tenor of the world has changed again – radically. And the negative new trend has been supercharged by the financial crisis that began to unfold in 2007. Now practically everywhere, much higher taxes, onerous new regulations, border controls, and capital controls (to prevent the make-believe crime of money laundering), among other things, are the new order. It seems as if the clock has been turned back to the 1930s, but much worse, in that governments are much more powerful. And I fear a redux of the 1940s is in store. The whole world acted pretty much the same in the ’30s and ’40s as well, you’ll recall.

One thing I think you can plan on is foreign exchange controls. A government turns to FX controls during a currency crisis, to prevent its citizens from swapping the local currency for something foreign – transactions that would further weaken the local currency. FX controls, in effect, force people to stay with a sinking ship. But they are politically popular, for a number of reasons. They allow the government to “do something” during a crisis. They appeal to the average yahoo, partly because he doesn’t travel abroad and tends to question the patriotism of those who do. Only the rich (especially the “unpatriotic” ones) have assets out of the country, and it’s now time to eat the rich.

We’re heading into a currency crisis for the record books, and I think you can plan your life around some type of FX controls. If you don’t get significant assets out of your home country now, you may soon find it costly and very difficult to do so. Already, very few foreign banks and brokerage firms will take accounts from US persons. But although there are reporting requirements, there’s currently no law against Americans having overseas accounts, and no laws against foreign banks and brokerage firms accepting American business. Many institutions find that it’s simply not worth the aggravation and worry to deal with Americans.

At a bare minimum, you should have a meaningful amount of gold in a foreign safe deposit box. In addition, you should own some foreign property, preferably in a location where you would enjoy spending some time. These things are currently not reportable, and it would be impractical for the government to get you to repatriate that capital.

The ideal scenario, of course, is to have your main residence in one country, your assets in another, your business in a third, and your citizenship in a fourth. That isn’t practical for most. But you can certainly get assets abroad. And you may want to consider acquiring a second citizenship, which can considerably expand your options. TheInternational Man has a lot on this topic. It’s not necessary, and often not even desirable, to establish official residency in the country where you’d like to spend time, because that risks getting stuck in its tax system. It’s usually smarter just to leave every 90 days to renew your tourist visa and not spend more than six months per year in any one country. That way you’ll be treated as a valued tourist, who should be courted, rather than as a citizen, who can be milked like a cow.

Once you do acquire another passport, the next question is whether you should renounce your US citizenship, which could give you huge tax and regulatory benefits. As everyone knows, the US is one of the few countries in the world that taxes its citizens regardless of where they may live – although it must be said that other governments seem to be moving in this direction.

The problem with renouncing your US citizenship is that the US assesses what amounts to an exit tax on Americans who do so.

In the near future, however, even that option may not be feasible. So let’s plan ahead…

An essential element of planning ahead is finding the best place for your wealth to go outside your home country, as well as what form it should take: an offshore bank account; real estate; an offshore trust; and a foreign limited liability corporation are a few of the possibilities. And of course, internationalizing your life is something you’ll want to research as well…

These subjects can be overwhelming to consider, but their importance means that your research must not be delayed. That’s why Casey Research created a free webinar titled Internationalizing Your Assets; in it, Doug Casey and other internationalization experts will share what they’ve done and what they see as the best options for those beginning to internationalize now. Watch the presentation and start on your road to greater freedom for your wealth and yourself today.