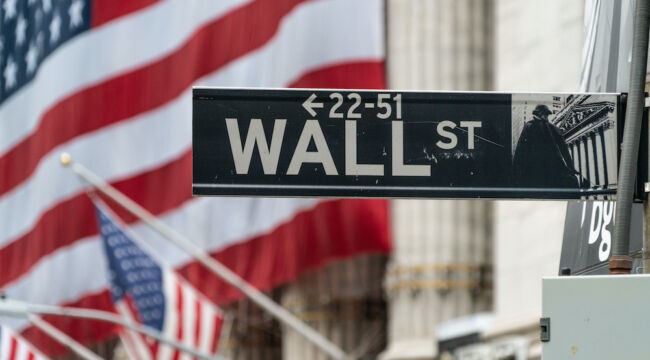 Could Wall Street Lose the Election?

While the corporate media is focused on the presidential election, perhaps the more interesting question is: could Wall Street Lose the election?

That is, could Wall Street face potentially fatal restrictions regardless of who wins?

If this seems farfetched, consider the history of abrupt social-political-financial turn-arounds that surprised the mainstream. Off the top of my head I would point to Big Tobacco and environmental controls on Big Industry.

For decades, Big Tobacco was politically invulnerable. Big Tobacco greased the political machinery with huge contributions to politicos and massive lobbying campaigns to deny the self-evident reality that smoking was hazardous to human health.

Every effort to change this political dominance was thwarted with ease — and then suddenly, Big Tobacco fell out of favor.

Politicians who had collected millions of dollars in Big Tobacco bribes — oops, I mean campaign contributions — without any blowback were suddenly in the spotlight as enablers of an industry that had remorselessly killed millions of its customers while claiming that tobacco’s health effects were still a matter of debate and/or choice.

Practically overnight the political walls protecting Big Tobacco crumbled as all the lies and political complicity that had long been accepted as “normal” were denormalized.

Big Industry encountered little political resistance to its decades-long dumping of industrial waste into the nation’s waterways and air until 1970.

Turning our attention to hitherto invulnerable Wall Street: the masses are awakening to what insiders have known all along:

Wall Street is nothing but a skimming machine for insiders, and this is generating a fulsome hatred of Wall Street, Big Tech monopolies and the billionaires who’ve added half a trillion dollars in wealth in the current stock market rally while the rest of America crumbles.

When the political winds shift decisively, both parties quickly sense the change in weather. When social-economic tides change, politicos understand they face a binary choice — either get on board or cling to the past and lose elections.

If the cultural tides have shifted against Wall Street and its politically protected skims and scams, every politico will have to get on board in one way or another, or they’ll be left behind.

1. A substantial tax on every single transaction of any kind, whether it’s on an exchange or off-exchange, and most importantly, whether the bid for a transaction was executed or not. This would kill high-frequency trading (HFT) and various other front-running games (spoofing the system with bids that are withdrawn in milliseconds, etc.).

A transaction tax wouldn’t affect Mom-and-Pop investors or mutual funds, as they trade infrequently. It would only kill the parasitic Wall Street predators.

2. A ban or even limit on corporate share buybacks would kill the stock market’s primary engine of relentless insider gains: corporations buying back their own shares to goose their stocks higher even as their sales and profits stagnate.

It’s estimated that up to 75% of all stock market gains can be traced back to the hundreds of billions of dollars corporations have borrowed to buy back their own shares.

It’s worth recalling that share buybacks were illegal not that long ago, so banning share buybacks would simply be a return to common sense limits on Wall Street’s skims and scams.

Two simple regulations would end Wall Street’s most blatant insider scams. These regulations have now entered the mainstream and are poised to become actionable.

When the social tides shift, politicos have to do something. To do nothing is no longer an option, and there is no creature on Earth more willing to jettison sacred cows than a politico fearful of being left behind as social trends abruptly change.

The rising hatred of Wall Street, Big Tech monopolies and insider scams is not yet visible to the mainstream, but that doesn’t mean the tides aren’t shifting.

It just means the corporate mainstream is as clueless as the politicos basking in the billionaires’ bribes.

But the real story today isn’t about Wall Street. Below, I show you why the “impossible” economic collapse is not only possible — but inevitable.