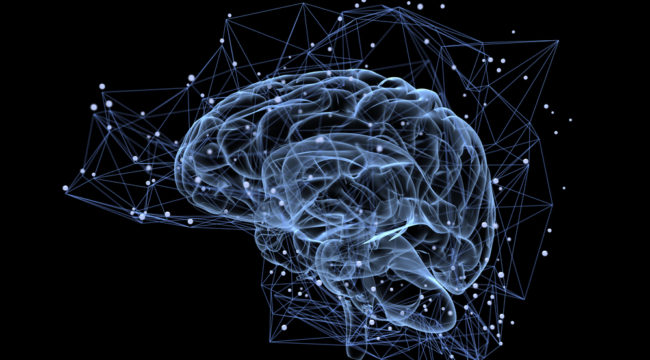 The question I receive most often from readers, hands down, is: “How do I start?”

What they mean is, how do I start making money that isn’t income from a regular job? And how do I make that happen right now?

I wish I could say acquiring wealth was easy for me, but it wasn’t.

So in response to the question “How do I start?” I offer the thought process I go through on a day-to-day basis.

It really is easy to find great deals. I promise you that. It’s just like riding a bike. After a little wobbling, you learn what you’re doing, and then it’s a piece of cake.

But when it comes to money, it takes determination to get through the wobbling—it’s a personal thing.

To find million-dollar “deals of a lifetime” requires us to call on our financial genius.

It is continuously lulled to sleep by society’s repeating melody, “Go to school. Get a job. Earn a living. Repeat. Repeat. Repeat.” Society has educated us to death, killing our drive for wealth in the process by telling us that a love of money is greed and greed is evil.

It has encouraged us to learn a profession so we can work for money but failed to teach us how to have money work for us.

It taught us not to worry about our financial future because our company or the government would take care of us when our working days are over.

However, it is our children, educated in the same school system, who will end up paying for this absence of financial education. The message is still to work hard, earn money, and spend it, and when we run short, we can always borrow more.

Unfortunately, 90 percent of the Western world subscribes to the above dogma, simply because finding a job and getting a paycheck is the easier option in the moment.

What the masses don’t understand is how much harder life will get later if you don’t learn how to work the system–work your money.

So, if you don’t want to take the easy-now-disastrous-later path…

If you are not one of the masses, or at least don’t want to be anymore…

Then get ready to awaken the beast.

And by that I mean your financial genius!

I’m simply offering you the steps I have personally followed. If you want to follow some of them, great.

If you don’t, make up your own.

Your financial genius is smart enough to develop its own list, I promise.

While in Peru, I asked a gold miner of 45 years how he was so confident about finding a gold mine. He replied, “There is gold everywhere. Most people are not trained to see it.”

And I would say that is true. In real estate, I can go out and in a day come up with four or five great potential deals, while the average person will go out and find nothing, even looking in the same neighborhood.

The reason for the disparity is that they haven’t taken the time to develop their financial genius.

The steps I’m going to lay out for you are a process to develop your God-given powers.

I don’t say powers lightly, and I don’t mean to sound trite.

You are someone who takes time out of their day to read about how to improve their finances. You have the drive. You have these powers. You just don’t know it yet. Trust me.

Step #1: Find a reason greater than reality—the power of spirit

If asked, most people would say, “Sure, I’d like to be rich.” But then discussions, planning, and reality set in. The road seems too long with too many hills to climb.

It’s easier to just work for money and hand the excess over to your broker.

I once met a young woman who had dreams of swimming for the U.S. Olympic team.

The reality was that she had to get up every morning at four o’clock to swim for three hours before going to school. She did not party with her friends on Saturday night. She had to study and keep her grades up, just like everyone else.

When I asked her what fueled her superhuman ambition and sacrifice, she said, “I do it for myself and the people I love. It’s love that gets me over the hurdles and sacrifices.”

I don’t want to work all my life.

I don’t want what my parents aspired for, which was job security and a house in the suburbs.

I hated that my dad always missed my football games because he was so busy working on his career.

I hated it when my dad worked hard all his life and the government took most of what he worked for at his death.

He could not even pass on what he worked so hard for when he died. The rich don’t do that. They work hard and pass it on to their children.

Just listing those out got me fired up. On to the “wants!”

I want to be free to travel the world and live in the lifestyle I love.

I want to be young when I do this.

I want to simply be free.

I want control over my time and my life.

I want money to work for me.

Those are my deep-seated emotional reasons.

Now, what are yours?

Going through the process you see above is what will get you prepared to actually start.

If your “don’t wants” and “wants” are not strong enough, then the difficulty of the road ahead may be greater than your will to work for the end goal.

I have lost money and been set back many times, but it was the deep emotional reasons that got me up again when I got knocked down. I wanted to be free by age 40, but it took me until I was 47, with many learning experiences along the way.

As I said, I wish I could say it was easy. It wasn’t. But it wasn’t that hard either. I’ve learned that most things in life are hard, but without a strong reason or purpose? Almost impossible.