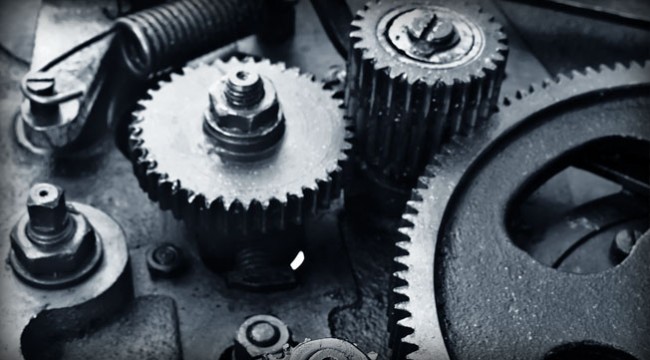 A couple weeks ago, we gave a speech in London. In it, we quoted economist Paul Krugman. Here’s the quote, from an article in The New York Times:

“Keynesian economics rests fundamentally on the proposition that macroeconomics isn’t a morality play — that depressions are essentially a technical malfunction. As the Great Depression deepened, Keynes famously declared that ‘we have magneto trouble’ — i.e., the economy’s troubles were like those of a car with a small but critical problem in its electrical system, and the job of the economist is to figure out how to repair that technical problem.”

What kind of brain could think such a thing? How could you confuse an economy with a machine? We promise not to become earnest about it, but it is probably worth spending a few minutes exploring this claptrap.

It is the fatal flaw at the heart of modern economics. It also happens to be the foundation of the Fed’s attempt to revive the economy. Krugman, Bernanke, Summers et al. think they are technicians…

They’ve got the wrong metaphor. You may be able to describe the human body as a machine too. But don’t try to fix it with an adjustable wrench. It’s a good thing Paul Krugman isn’t a medical doctor!

Unlike a machine, an economy was neither designed by anyone nor built in a factory. There are no plans… no owner’s manual… no guide to troubleshooting problems… and no website where owners go to talk about the problems they’ve had and the tricks they’ve used to fix them.

Not made by man… it cannot be repaired by man. But let’s look at why this is so.

First, an economy is a “complex adaptive system.” It has lots of moving parts, in other words, and each of these parts has information and desires of its own.

What machine has intelligent parts… each responding to its own information base, more or less independently?

Second… and perhaps more importantly… the parts have desires of their own. You build a machine to accomplish the desires of the designer. An economy, on the other hand, is merely a way for the constituent parts to achieve their own ends.

Imagine an automobile that goes where the steering wheel wants to go! Imagine a motor that runs faster when the carburetor feels frisky… and slows down when the valves get tired.

You can see that this is like no machine ever created. The parts want to go in different directions… at different speeds… for different reasons. The economy is much more like a flock of birds than a Boeing 747.

In today’s America, real (inflation-adjusted) wages are lower today than they were 10 years ago. Depending on how you adjust for inflation, they may be as low as they were at the end of the second Eisenhower administration.

With so little in earnings, people are naturally careful with their money. They go to giant discount shops… in order to get as much for their money as possible. They want low prices.

What is an economy for if not to satisfy the hopes and desires of the people who live in it? And what is the goal of activist economics if not to help people get what they want?

So what does Paul Krugman do?

He urges the government to raise consumer prices — to consciously and intentionally sabotage the wishes of the people by raising the cost of living. That’s the point of QE: to put more money in circulation so that prices rise. Then people will get less for their earnings and savings… and be more eager to spend now, rather than save for later (rightly fearing that their dollars will lose value over time).

And that’s why Krugman prefers to think of an economy as a machine. Machines can be manipulated and controlled. Real economies can’t.