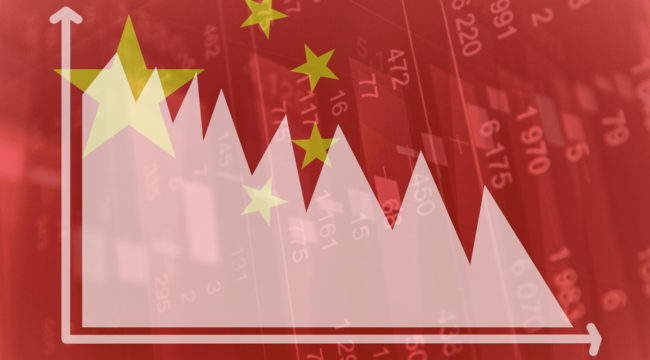 The 19th National Congress of the Communist Party of China, CCP, will commence on October 18, a little over six weeks from today. This will be the most important CCP meeting since the death of Mao Zedong and the rise of Deng Xiaoping in the late 1970s.

Communist societies such as China have a dual or parallel government structure. On one side is a normal government with a president, vice premier, cabinet ministers and other subordinate posts. On the other side is the CCP leadership consisting of a General Secretary, Politburo Standing Committee, Politburo, and Central Committee.

The seven-member Politburo Standing Committee runs the CCP. The General Secretary is the single most powerful person in the leadership. The conventional government is controlled by the CCP, which holds the real power.

The process is carried out in secrecy and decisions are arrived at by consensus. The process is designed to insure smooth transitions and to avoid the cult of the individual that surrounded Mao Zedong.

General Secretary Xi Jinping is trying to upend these traditions. He will certainly be reappointed to a second five-year term next month. But, the standing committee may not elevate likely successors, or may appoint a weak placeholder who will do Xi’s bidding. This would pave the way for Xi to become the new “big man” and the most powerful General Secretary since Mao Zedong.

Since China itself is far richer and more powerful than at any time during Mao’s reign from 1949 to 1976, Xi would be the most powerful Chinese ruler since the early Qing Dynasty, and the Manchu emperor Shunzhi in 1644.

With so much at stake for Xi, investors can be sure that no one in China will be allowed to “rock the boat” before October. The currency should remain stable against the U.S. dollar at least until then in order to avoid acrimony with the United States.

Also, the saber-rattling between the U.S. and North Korea has escalated. But a war in North Korea is unlikely before 2018 because of the military and diplomatic groundwork that needs to be laid before fighting breaks out.

China may be able to maintain a fixed exchange rate until October partly by keeping the capital account closed until then. But, what about high interest rates? Leading Chinese analyst Leland Miller in his China Beige Book report explains that actual credit conditions in China are not as tight as benchmark rates make them seem:

China therefore did not overcome tighter first-quarter credit to achieve its growth result, but rather capitalized on the loosest conditions since 2013.

Investors may be justified in assuming that Beijing will seek to quash any fallout until after the Party Congress next month. But they should be equally clear that what we are seeing now is not a recovery, and it is certainly not an acceleration.

In short, the Chinese economy is on hold until October, and not in a good way.

Bad debts are still piling up. Stress on the reserve position and the exchange rate remains. Yet, China has the policy levers and political muscle to force a stable outcome until Xi’s position is solidified in October.

After that, investors should brace for a financial earthquake from China that will reverberate around the world.

The elements of an epic credit and currency crisis are all in place. China’s reserve position of $4 trillion in 2014 has now shrunk to about $3 trillion. Approximately $1 trillion of that is in illiquid investments, such as the CIC portfolio, or is committed to long-term lending via NDB, AIIB, and the One Belt, One Road initiative.

That leaves about $2 trillion in liquid reserves to do damage control. About $1 trillion of that will be needed to clean-up the banking system as state-owned enterprises (SOE) and wealth management products’ (WMP) bad debts come home to roost. That leaves only $1 trillion to defend the exchange rate.

Based on the rate of capital outflows in 2016, a $1 trillion war chest will be exhausted in less than a year. Reserves do not flow out in a linear way, but accelerate as the absolute level of reserves drop. Outflows could start at $50 billion per month, but quickly accelerate to $100 billion per month as liquid reserves approach zero.

This leaves only one way out for China: a maxi-devaluation of the yuan. A drop of 20% against the dollar, to a level of 8.50 to one dollar, would be viewed as sustainable. That should halt capital outflows.

Once the yuan is devalued, interest rates could be lowered to stimulate growth and keep the jobs machine humming. China will abandon one leg of the impossible trinity (a fixed exchange rate) in order to preserve the other two (open capital account, and independent interest rate policy).

Shorting the yuan is already a popular trade with savvy investors such as Kyle Bass. As with any trade, timing is critical. The yuan will not collapse before October. Yet, it could face a maxi-devaluation soon after that.

Based on far smaller yuan devaluations in August 2015 and December 2015, the repercussions of a new devaluation will not be confined to China. The U.S. stock market crashed over 10% on both prior occasions. An even larger correction could be expected when the maxi-devaluation comes. A flight to quality in gold is another predictable result.

What does that mean for the U.S.?

In short, it means the U.S. is losing its best customer for Treasury debt and will have to find other buyers in a hurry.