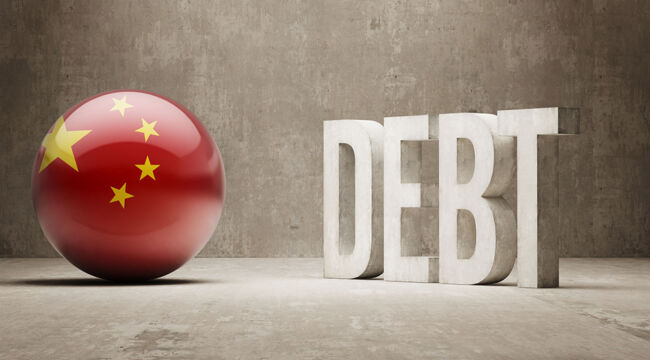 The success side of the Chinese economic equation is well-known. It is the world’s second-largest economy after the U.S. It has experienced the highest compound annual growth rate of any economy in history over the past 30 years. Literally several hundred million people have been lifted from poverty and are now able to enjoy a reasonable standard of living even if it seems spartan from the perspective of the developed world.

Living five to a room, eating one meal per day and taking a crowded bus to work through polluted skies may not seem luxurious to Westerners but it’s a huge leap compared with the near-starvation peasant life in China’s impoverished rural areas. Of course, this is a comparison of everyday Chinese in the urban vs. rural environments. China has more than its share of oligarchs and billionaires who are living with mind-boggling wealth and amenities.

Still, there’s a dark side to this economic growth. The dangers from that dark side now threaten to overwhelm the economic success. The dark side is debt. Chinese debt has compounded annually by over 19% for the past 20 years and now stands at about $50 trillion. That’s almost twice the national debt of the United States.

The debt-to-GDP ratio of China is also higher than that of the U.S., and the Chinese money supply is greater. Whatever criticism we might aim at the Federal Reserve, the Chinese central bank — the People’s Bank of China — is an even worse offender when it comes to money printing, monetary ease and currency manipulation.

In theory, there’s nothing wrong with debt provided it’s used for productive investment and the returns on those investments are more than enough to pay the interest. That’s how economies grow and that’s how creditworthiness is enhanced. The productive investor can roll over maturing debt and borrow more with the help of its bankers.

China has not invested its debt productively. Literally trillions of dollars have been invested in white elephant projects, ghost cities that stand empty and speculative residential real estate projects far in excess of actual demand.

If normal accounting principles were applied to these investments, they would be written down by half or more immediately upon completion. China’s historic growth would be far less impressive if such write-downs were actually taken. They have not been. The real estate values are phony. The debt burden is all too real.

China’s mountain of debt is now collapsing. This dynamic is crystallized in the insolvency of Evergrande, the largest property development and real estate finance firm in China and one of the largest in the world.

To comprehend the scale of the Evergrande collapse, you would need to combine the failures of Fannie Mae, Freddie Mac and Lehman Bros. in a single entity with financial tentacles extending to every corner of the Chinese financial system and around the world.

Evergrande will not implode in a single weekend as happened with Lehman Bros. There will be no “Lehman moment.” Instead, this collapse will move slowly but inexorably. The financial and economic damage will be far greater than Lehman Bros. but it will take time and there will be lots of happy talk and false reassurance along the way.

The exact amount of Evergrande debt is unknown. The company lacks transparency and financial controls. It’s likely the CEO and top officers of Evergrande don’t even know how much debt they have. But it is easily in the hundreds of billions of dollars and perhaps a trillion dollars or more. Most of that debt will go unpaid; some will pay off at 20 cents on the dollar but not much more.

The damage doesn’t stop there. Vendors will go unpaid for work on existing projects. The unfinished projects themselves will remain steel skeletons, and some of those will be dynamited into rubble because they made no sense to begin with.

Some creditors are being offered deeds to unfinished real estate in lieu of payments on their bonds. Those who take the deeds in lieu of cash will immediately turn around and try to dump the real estate for pennies on the dollar just to get some cash. This will put even more downward pressure on real estate prices and suck more real estate developers into the vortex of crashing property prices.

Hundreds of billions of dollars of Evergrande debt was issued in the form of dollar-denominated bonds to U.S. and European investors. Have you checked the contents of any emerging-markets ETFs you may happen to have bought from Wall Street?

Don’t be surprised if you own some Evergrande bonds inside those ETFs. Of course, the Chinese Communist Party doesn’t care about Western investors; so holders of those bonds can expect to receive nothing.

Did you know that Evergrande is listed on the Hong Kong Stock Exchange and that it trades over the counter in U.S. markets? The New York pink sheets ticker is EGRNY.PK. Again, U.S. investors may own this stock and not even know it if it’s buried inside some ETF. Trading in the stock is currently suspended. The likely value is zero.

The ripple effects don’t end with Evergrande’s investors and vendors. Employees will be laid off by the thousands in construction and related industries. Demand for steel, glass and copper used in construction will drop.

The biggest risk to financial stability in China comes from the market in wealth management products, WMPs. These are unsecured IOUs sold by banks (and often mistaken by customers for bank deposits, which they are not). These are funneled into firms such as Evergrande in what amounts to a trillion-dollar Ponzi scheme.

Until now, WMP investors who wanted their money back would be paid with money raised from new investors buying new WMPs. That’s how Ponzis work, and they work fine as long as more money is coming in than going out. As soon as everyone wants her money back at once, the Ponzi collapses quickly.

So far, the Communist Party of China is acting as if everything can be brought in for a soft landing. The Communists have a trillion dollars in liquid reserve assets to prevent social unrest by offering something to the WMP holders.

The greatest risk of all in a financial panic is what you don’t know. It’s the unknown linkages that emerge seemingly from nowhere that overwhelm the efforts of governments to truncate a crisis. We’re not there yet in China, but the acute stage of the panic is coming fast.

For now, the best approach is to get out of Chinese stocks entirely if you have any and avoid the market entirely if you’re not already exposed. Sooner rather than later the Chinese yuan (CNY) will devalue sharply against the dollar in a desperate attempt to promote exports and export-related jobs.

But it will be too little, too late.