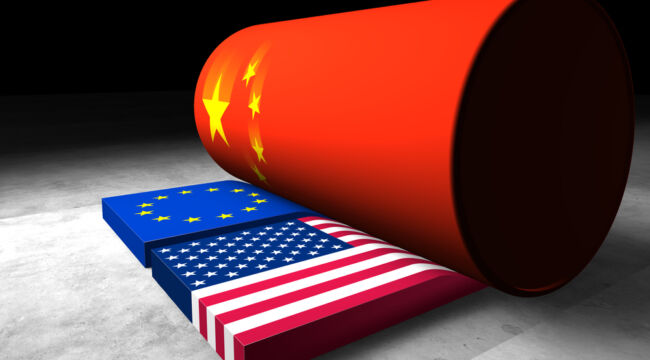 I’ve made many visits to China over the past thirty years and have been careful to move beyond Beijing (the political capital) and Shanghai (the financial capital) on these trips.

My visits have included Chongqing, Wuhan (the origin of the coronavirus outbreak), Xian, Nanjing, new construction sites to visit “ghost cities,” and trips to the agrarian countryside.

In short, my experience with China goes well beyond media outlets and talking heads. In my extensive trips around the world, I have consistently found that first-hand visits and conversations provide insights that no amount of expert analysis can supply.

These trips have been supplemented by reading an extensive number of books on the history, culture and politics of China from 3,000 BC to the present. This background gives me a much broader perspective on current developments in China.

An objective analysis of China must begin with its enormous strengths. China has the third largest territory in the world, with the world’s largest population (although soon to be overtaken by India).

China also has the fifth largest nuclear arsenal in the world with 280 nuclear warheads, about the same as the UK and France, but well behind Russia (6,490) and the U.S. (6,450). China is the largest gold producer in the world at about 500 metric tonnes per year.

Its economy is the second largest economy in the world, behind only the U.S. China’s foreign exchange reserves (including gold) are the largest in the world.

By these diverse measures of population, territory, military strength and economic output, China is clearly a global super-power and the dominant presence in East Asia.

Yet, these blockbuster statistics hide as much as they reveal.

China’s military is growing stronger and more sophisticated, but it still bears no comparison to the U.S. military when it comes to aircraft carriers, nuclear warheads, submarines, fighter aircraft and strategic bombers.

Most importantly, at $11,000 per capita GDP, China is stuck squarely in the “middle income trap” as defined by development economists.

Among developing economies (excluding oil producers), only Taiwan, Hong Kong, Singapore and South Korea have successfully made this transition since World War II. All other developing economies in Latin America, Africa, South Asia and the Middle East including giants such as Brazil and Turkey remain stuck in the middle-income ranks.

To escape the middle income trap requires more than cheap labor and infrastructure investment. It requires applied technology to produce high-value added products. This explains why China has been so focused on stealing U.S. intellectual property.

China has not shown much capacity for developing high technology on its own, but it has been quite effective at stealing such technology from trading partners and applying it through its own system of state-owned enterprises and “national champions” such as Huawei in the telecommunications sector.

But now the U.S. and other countries are cracking down on China’s technology theft and China cannot generate the needed technology through its own R&D.

And that has serious implications for China’s leadership…

China’s economy is not just about providing jobs, goods and services. It is about regime survival for a Chinese Communist Party that faces an existential crisis if it fails to deliver.

If China’s job machine seizes, as parts of it did during the coronavirus outbreak, Beijing fears that popular unrest could emerge on a potentially scale much greater than the 1989 Tiananmen Square protests. This is an existential threat to Communist power.

President Xi Jinping could quickly lose what the Chinese call, “The Mandate of Heaven.”

That’s a term that describes the intangible goodwill and popular support needed by emperors to rule China for the past 3,000 years. If The Mandate of Heaven is lost, a ruler can fall quickly.

Even before the crisis, China has had serious structural economic problems that are finally catching up with it.

China is so heavily indebted that it is now at the point where more debt does not produce growth. Adding additional debt today slows the economy and calls into question China’s ability to service its existing debt.

Besides the slowdown from the pandemic, China confronts an insolvent banking system and a real estate bubble.

Up to half of China’s investment is a complete waste. It does produce jobs and utilize inputs like cement, steel, copper and glass. But the finished product, whether a city, train station or sports arena, is often a white elephant that will remain unused. The Chinese landscape is littered with “ghost cities” that have resulted from China’s wasted investment and flawed development model.

Chinese growth has been reported in recent years as 6.5–10% but is actually closer to 5% or lower once an adjustment is made for the waste. Again, that was before the crisis.

Essentially, China is on the horns of a dilemma with no good way out. China has driven growth for the past eight years with excessive credit, wasted infrastructure investment and Ponzi schemes.

The question is, will China pursue an aggressive posture against the U.S. to distract the people?

China does not want war at this time. But diverting the people’s attention away from domestic problems toward a foreign foe is an old trick leaders use to unite the people in times of uncertainty.

If China’s leadership decides that the risk of losing legitimacy at home outweighs the risk of conflict with the United States, the likelihood of war rises dramatically.

I’m not making a specific prediction, but wars have started over less. This is a very dangerous time.