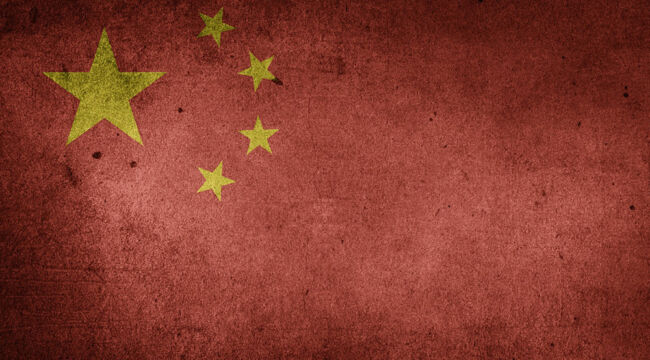 China: Death of a Dream

The China reopening story is the most powerful market narrative going on today. At least for now, it’s more powerful than any Fed analysis, the prospect of a recession, and even lower energy prices in terms of what’s driving investor behavior.

Of course, the key word is “narrative.”

It’s a powerful story but that does not mean the story is true. If it affects investor behavior, then investors have to pay attention to avoid getting run over by bull market sentiment. It can take time, but whenever a narrative diverges from reality, the reality always wins.

That will prove true with China.

“You Can’t Lock People Down Forever”

Yes, China has reopened its borders with the outside world. Tourists, family members, and businesspeople are flocking in and out after being mostly shut out for several years. At the same time, China has ended its failed Zero-COVID policy.

That policy consisted of extreme lockdowns, massive testing programs (several times per week for most people), transportation shutdowns, and quarantine concentration camps. It would not tolerate any spread of the virus at all.

These extreme policies could delay the spread of the virus in certain localities for a while, but ultimately the virus is going to go where it’s going to go. They nonetheless came at an enormous economic cost, and were socially unsustainable. You can’t lock people down forever.

That was demonstrated in November when riots broke out throughout China in opposition to the program. China is now letting the virus rip through society and trying to reboot its economy at the same time.

But despite the reopening cheerleading on Wall Street, China’s new policy will fail. There are several reasons for this.

The Downside to Letting It Rip

First off, due to the severe lockdowns many Chinese lack immunity. Suddenly, they’re all being exposed at once.

Letting the virus rip in a population of 1.4 billion, with an assumed infection rate of 30% (probably low) and a fatality rate of 0.25% (higher for some vulnerable groups), means 420,000,000 pandemic patients and over 1 million dead. China could actually be looking at over 450,000,000 million infections and perhaps as many as 2 million deaths from COVID.

This will overwhelm China’s healthcare system at best and give rise to a new wave of social unrest. One concern is that a new variant could emerge because of high population density and the sheer volume of cases.

In other words, China may have a different and worse experience if the virus mutates and recombines in ways that make it more lethal or contagious.

Finally, the most important point to grasp regarding the Chinese economy is that it’s failing with or without the Zero-COVID policy. The problems run much deeper than that.

The Chinese economy is failing because of excessive debt, the collapse of the real estate sector, decoupling from the U.S., the cut-off of high-tech imports to China, and a demographic collapse worse than the Black Death.

So don’t be fooled — the new decision to let the virus rip through the population will not end China’s economic malaise.

China’s economy may already be in a recession, which is a shock for the world’s second-largest economy and the “factory of the world.”

The narrative surrounding the China reopening rally may continue for a while, despite these fundamental weaknesses.

But in the end, the reality of a weak economy and a global recession will have its way. Don’t look for any economic growth coming from China for 2023.

Now take a step back for a minute and contrast the present reality of China with the widespread optimism of the past few decades.

The Death of a Dream

Since the mid-1990s, liberals and many free-market conservatives have maintained the view that China’s human rights abuses should be ignored because the Chinese economy was evolving in the direction of U.S.-style capitalism.

The view was that the Chinese just “needed time” to catch up, but sooner than later they would be “just like us.” This view was bolstered by the fact that many Chinese elites attended U.S. universities like Stanford, MIT and Harvard where they sat side-by-side with U.S. peers on their way to jobs at McKinsey or Goldman Sachs.

Once they got back to China, they would steer their less educated colleagues toward the neo-Keynesian outlook that their Western classmates espoused. I always thought this view was nonsense.

It’s true that Chinese students swarmed to top U.S. schools for the latest technical training. It is also true that China adopted many market mechanisms in order to grow its economy and build hard currency reserves. Still, the resemblance stopped there.

The Chinese were always loyal Communists, and they were merely acquiring Western intellectual tools so they could beat us at our own game. The “just like us” theory was made of whole cloth and bound to be disappointed. That time has now come.

For example, Jack Ma was one of the most successful entrepreneurs in history. Ma actually did personify the type of Western-oriented capitalist hoped for by the liberal elite. He founded the Alibaba Group, which is a Chinese e-commerce giant (similar to Amazon) and owns part of the Ant Group, which is a financial affiliate of Alibaba.

Instead, Ma was placed under house arrest by Communist Party officials, the IPO was canceled, and Ma was forced to give up his control of Ant. It is expected that Ant will pay a $1 billion fine for various regulatory violations. This is not just another case of corporate wrongdoing. In fact, there’s no evidence that Alibaba and Ant did anything wrong at all.

Instead, the Chinese Communist Party (CCP) is flexing its muscle and showing entrepreneurs who’s really in charge. The fact that this behavior has economic costs is also irrelevant.

Nothing is more important in the minds of Communist Party officials than party supremacy and the elimination of ideological, financial or technological competition.

China doesn’t mind if some Chinese businesses achieve multi-billion-dollar valuations or use Western business techniques to achieve massive scale. They do mind if private capital starts to rival the CCP in power and influence. Once that happens, the hammer drops and the CCP takes over.

In China, Communist ideology always comes first. And the fantasies about China opening up to become more like the U.S. are dead.

Unfortunately, with the growing levels of censorship and other forms of social control emerging in the U.S., we’re becoming more like China.