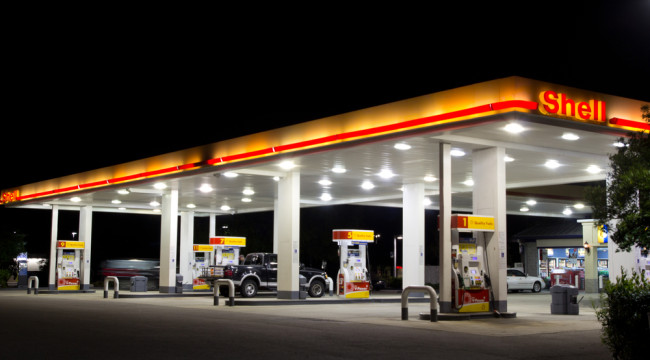 Cheap Oil, the U.S. Dollar and the Deep State

That oil fell off a cliff once the U.S. dollar (USD) began its liftoff in mid-2014 is, well, interesting. Causation, correlation or coincidence? There are a variety of opinions on this, as there should be. What we do know is the soaring USD blew up a bunch of carry trades that borrowed money denominated in USD and invested the cash in emerging markets paying much higher yields. Here’s WTIC oil: 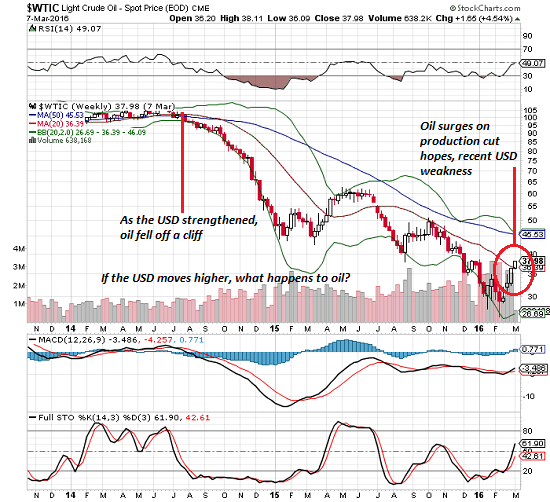 And here’s the USD Index: 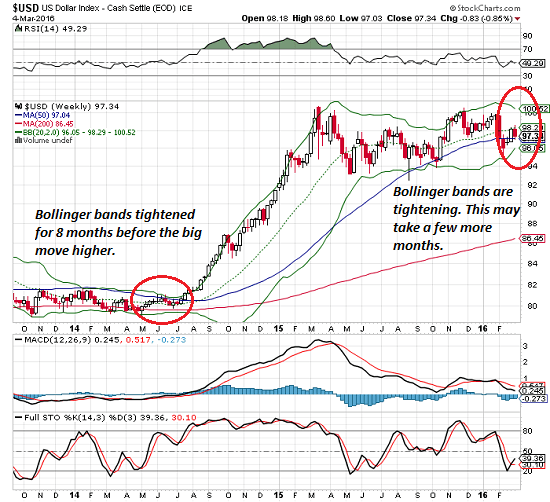 We also know the Saudis announced that the kingdom would pump every barrel it could “to maintain market share,” which is generally understood to mean crush competitors such as Russia and U.S. shale producers.

We also know that storage facilities are almost full up (Oil Fundamentals Could Cause Oil Prices To Fall, Fast!).

We also know that global growth is slowing, so demand could weaken sharply going forward.

And lastly, we know that many oil exporters are heavily dependent on oil revenues to fund their oligarchy/monarchy/ruling elites, their military and their vast social welfare programs, which keep the restive masses from overthrowing the oligarchy, etc.

Here is the U.S., heavily indebted producers must pump or die, as they need every dime of revenue to service their vast debts.

If we add all this up– carry trades blowing up, weakening demand and heavy pressures to maintain production–we get a perfect set-up for a continued decline in oil.

Many observers are expecting the Federal Reserve to pull out all the stops to weaken the dollar. They think this because a strong dollar hurts U.S. exports. If oil and the USD are indeed correlated, a weaker dollar would trigger a boost in oil prices–a welcome “saved by the bell” for indebted U.S. producers, and the bankers who lent tens of billions of dollars to them.

If you glance at the above chart of the dollar index, you’ll note the Bollinger Bands are tightening. This usually presages a big move up or down. We don’t know which way the USD will move, but since it’s in a Bull market, we might surmise the move will be a continuation of the current trend, i.e. up.

Technically, a 20% gain to the 120 level would be quite typical of a long-term uptrend.

What would an additional 20% gain in the USD do to oil? If the correlation holds (and perhaps it won’t–there are no guarantees), it would very likely crush oil to new and breathtaking lows. Analyst Art Berman recently suggested a target of $16.50/barrel, and this corresponds rather neatly with USD at 120 (a 20% gain).

Lower oil prices are not an unalloyed “win” for the U.S. The U.S. energy sector is getting pummeled, and soon its lenders will start booking staggering losses. The decline in petrodollars also means there is less demand for U.S. Treasuries from oil exporters.

Enter the U.S. Deep State, which is only marginally interested in Wall Street bankers’ losses or petrodollar recycling into Treasuries. Global hegemony ultimately rests on issuing the reserve currency in size, and the sheer magnitude of financial resources that can be brought to bear to do what is viewed as necessary.

The collapse in oil has led to an unprecedented transfer of wealth from producers to consumers. Oil exporters (the number of which is diminishing, as populations and domestic consumption levels soar throughout the oil-producing world) have far fewer USD to spend on military adventures, social welfare, the tallest buildings in the world, and so on.

If global bankers wise up (and they are smart gals/guys), lending to oil producers is about to dry up like the proverbial mist in Death Valley. Why loan money to someone with $35/barrel oil in the ground if oil is heading to $20 or lower?

Who goes broke/goes home/is overthrown at sustained $20/barrel oil? You can make your own list, but it pretty much includes every oil exporter.

So who wins in a scenario in which the USD gains another 20% and pins oil to new, sustained lows? Consumers, of course, but as Zero Hedge and others have explained, this windfall isn’t leading to robust consumer spending. Rather, households are saving the proceeds, hunkering down in the recessionary winds they see rising.

The U.S. oil sector will take some serious lumps, along with every other producer. We can anticipate huge writedowns of uncollectible debt, bankruptcies, and all the other collateral damage (pun intended) of a bust.

But who is left relatively unscathed in terms of financial power and hegemony? The U.S. Should the USD soar another 20%, China would be forced to devalue its currency, causing massive capital flows out of China and an immediate loss of trillions of dollars of purchasing power for all who hold yuan/RMB. Not much of a win there.

All this is to suggest that those expecting a major weakening in the USD to push oil higher shouldn’t hold their breath awaiting this outcome. Maybe the USD will weaken 20%, but why would it do so when every other central bank is weakening its currency? Wouldn’t it make much more sense to drain wealth and geopolitical leverage from oil exporters?